Home » American Investor Today » From One Revolution to Another: How Billionaires Get Made

From One Revolution to Another: How Billionaires Get Made 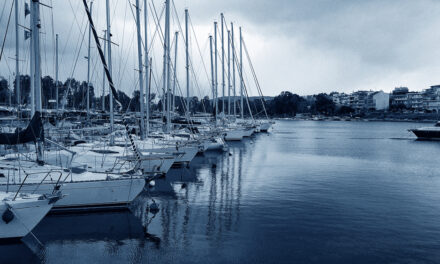 I’m not saying you will be a billionaire after this. But someone will be.

Elon Musk is probably worth about $180 billion today.

Peter Thiel’s current worth is somewhere around $5 billion.

Why? These men got in early on a trend that couldn’t be stopped. And this kind of trend makes billionaires.

It was the early days of the internet. People were finding out that getting connected meant that they could do business.

But there was no way to move money around safely between consumers.

Then PayPal came in. Musk and Thiel were there at the beginning — among the cofounders of the company. PayPal today is hooked into almost every e-commerce site you can imagine. I used PayPal twice just yesterday.

When the founders of the company cashed out (eBay bought PayPal in 2002), they became part of a new class of multimillionaires. And they’re still around Silicon Valley.

Musk famously makes electric cars and rockets. Thiel has a knack for investing in rising startups. Their compatriots from PayPal have similarly gone on to create more and more touchstones of internet technology. Together, a few of them even created YouTube.

They were all early investors in the internet. And when you can identify demand and get in at the start on a long-term trend like this, it’s easy to win.

That’s one of the cornerstones of what we like to call “Alpha Investing.”

Alpha Rule: Get in on a Long-Term Trend

Imagine you’re in a sailboat. It doesn’t matter what type of sailboat. Let’s say it’s shiny and blue. You’re not the best sailor in the world. If you were in a race, you probably wouldn’t win.

But right now, there are gale-force winds behind you. The wind is your friend. You can go faster and further than the most powerful boat engines going the other way. You don’t need to be the best sailor. The strong wind will carry you for miles.

Imagine a company is like your bright blue sailboat. It has gale-force winds behind it. It is part of a trend that won’t stop for anything. Think of something like health care or technology. Nothing can stop these trends, they’ll be going on for years — possibly decades.

It’s so easy to make money in these trends, it’s almost obnoxious.

Think of a business that makes masks. Even better, these masks make it easy to breathe through your nose.

Think of exactly how many tailwinds there would be for a business like that:

If you invested in this business, it would be tough to lose!

Unfortunately, this business doesn’t exist. But it illustrates our point. We want to get onboard with businesses that have such massive trends in their favor … we just can’t lose.

And health care is a phenomenal example, as we showed you above.

Today, I’m going to show you a way to take advantage of an enormous trend like this.

1 Trend We Have Our Eye on Now

We’ve written about health care in American Investor Today before. It’s a matter of sheer numbers.

Baby boomers are the largest generation of Americans — ever. They have made market-shattering trends at each stage of their lives. Now, they’re hitting 65.

The next trend to come out of this generation will be health care.

These are hard numbers. According to research, as a person gets older, they spend two and a half times more on health care than they did when they were younger. And by 2060, there will be 98 million boomers over the age of 65. By one estimate, that’s going to add nearly $200 billion a year to health care spending.

We want to be on board with this trend early. The boomers are still aging into this market, which means that this rise is only just getting started.

The easiest way to play a big trend like this is by buying a basket of companies and letting the market do the work for you.

That’s why we love exchange-traded funds (ETFs). They let us buy into a given sector with much less effort than researching individual companies.

We’ve spoken about one of our favorite ETFs in American Investor Today before — Vanguard Health Care ETF (NYSE: VHT).

However, if you’re looking for another way to join in on the health care wave, stay tuned. Our friend and Wall Street veteran Charles Mizrahi has been hard at work digging into this sector. He’s finally going to reveal his favorite company. You don’t want to miss it, keep your eyes on your inbox.

Musk and Thiel didn’t need to have any special foresight to know that internet payments would contribute to a massive trend. They just needed to get in on the rise of the internet. They knew it would be revolutionary.

And we know that the health care sector will be revolutionary in the decades to come. We don’t have to be geniuses. That’s why we’re getting invested now.

This article was originally published in August 2020.