Home » Cryptocurrency » Crypto Could Replace the Dollar as the Global Reserve

Crypto Could Replace the Dollar as the Global Reserve 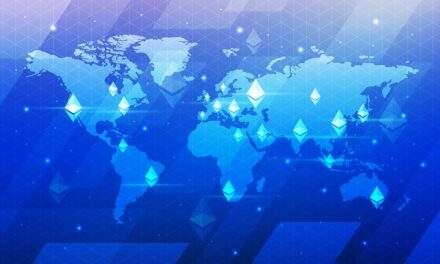 Since World War II, the U.S. dollar has been the world’s reserve currency.

But with inflation running rampant, and the S&P 500 Index closing out its worst first half of a year since 1970…

Is the world losing its confidence in the mighty greenback?

I wouldn’t be surprised if investors start dumping their dollars for something else.

And I’m not talking about the Chinese yuan or the euro.

The biggest threat to the U.S. dollar’s reserve status is … cryptocurrencies.

In today’s Market Insights video, I describe a shocking scenario that could play out over the next decade.

If things do go as I suggest, cryptos could become the new global reserve.

Could the dollar lose its reserve status?

That’s the question I’m going to try to answer on this week’s update.

I’m Ian King. If you haven’t subscribed to our channel yet, please subscribe. If you like what I have to say in this webinar, please smash that like button, and always feel free to leave a comment. We’d love to hear your viewpoint on this.

Why Is U.S. Dollar The Global Reserve?

Let’s just talk about why the U.S. dollar became the global reserve. It all started back during World War I. And at that time, foreign countries were buying goods during the war from the U.S. with gold. At the end of World War I, the United States became the largest holder of gold. And we still are to this day.

Also, Europe was a mess after World War II. Asia was a mess. So, you had the Marshall Plan in Europe, where the U.S. would lend money, which circulated more dollars around Europe. And then also the Ford Plan in Asia, where the U.S. was lending money to Japan to rebuild its economy.

This really solidified the U.S. dollar as a global reserve. And we’ve seen, you know, that this interest has compounded over years where the U.S. has the deepest capital markets. We have the safest Treasury markets. You know, we’re the place that people go to when there’s chaos in the world. The flight to safety happens to the U.S. dollar and U.S. Treasurys.

The issue right now is that U.S. debt levels are running at the highest percent of GDP since World War II, or about 125% debt-to-GDP levels. And people are really worried about what the U.S. economy is going to look like in the future.

What Alternatives Is There For Dollars?

So, what are your alternatives if you want to dump dollars and buy something else?

Well, I mean, the first suggestion would be to buy euros. But then you look at Europe, and its economies are running similarly high debt levels as 10 years ago. You know, the eurozone was in danger of breaking up because of what was happening with Portugal, Ireland, Greece and Spain and all those housing markets blowing up.

And then the other alternative could possibly be the Chinese yuan. But China has the same issues that we have. Its debt to GDP is even higher. I mean, they don’t even report accurate numbers, so it’s hard to tell. They’re running similar high debt levels, so you don’t want to go there.

But there is an alternative. And I do think that it’s a scenario that could play out over the next decade or the next couple of decades.

That’s where a cryptocurrency would replace the dollar as being the global reserve.

There are a couple of reasons why this might happen.

No. 1, the younger generations are more confident in holding bitcoin and other cryptocurrencies than they are in holding their own domestic currency.

You know, the average 22-year-old has huge amount of college debt. And the job market for them isn’t as lucrative as it was for people who were entering the workforce 20, 30 or 40 years ago.

Could Ethereum Become The New Dollar?

But there’s something even bigger, I think, here with cryptocurrency. And this goes beyond bitcoin.

We’ve had the internet now for about 30 years, and we’ve had bitcoin a little over 10 years, Ethereum about seven years. Now we have this unit of account, these cryptocurrencies that can help us price digital resources, digital assets.

And what you have to really be thinking about is what makes a currency great. Why did the U.S. dollar become the world’s reserve?

It’s a medium of exchange where, you know, people accept U.S. dollars when you want to spend them.

And it’s also a unit of account. There are goods all over the world that are priced in U.S. dollars, which has made it the global reserve for so long.

But now, as we move toward digital societies, as our life turns more toward digital, we have a cryptocurrency called Ethereum, among others that are called Layer 1s, that are essentially the building blocks for a new web, the so-called Web3.

And Ethereum is really interesting because it fulfills a part of being a currency that the dollar doesn’t.

Now, a dollar can just be created by banks to extend credit. The banks can create it. You know, the central bank will give the banks reserves, and they can go create a dollar. And it’s not backed by anything. There’s a lot of leverage in the system.

Ethereum is backed by the computational power of the network. And what I mean by that is to use any of these new digital resources that are being built, whether that’s buying, selling or creating NFTs, whether that’s using decentralized finance or buying cloud storage in a decentralized fashion, you can buy network bandwidth using Ethereum.

So, you have all these use cases for Ethereum. And it’s kind of like if you were able to create a currency that was essentially attached to oil or some form of energy. And we don’t have that in the real world.

This can only be done because there’s no tangible asset here that Ethereum has to be backed by, right?

I mean, we tried having a currency that was backed by gold, but that didn’t work out. Nixon abrogated the gold treaty in the early ‘70s. This is why I think Ethereum really has a shot in the next decade to replace, you know, most global currencies.

And this is dangerous for centralized societies because the dollar is basically a form of control. The government can print as many dollars as it wants, and it can tax you for how many dollars that it wants. It can set the level of interest rates on how much it costs for you to borrow dollars or how much you earn when you lend them.

But this is a whole new system. And Ethereum lets basically anyone who has a computer join.

You know, it’s permissionless. It’s open source. And I think that if there ever was a shot for an alternative currency to take over dollar hegemony, this exorbitant privilege the dollar has had for so long, I think it’s Ethereum.

And that’s why I’m so excited about what’s ahead for the crypto market. Not only because, you know, all of this building that’s happening in what’s called Web3, this new creation of an internet that’s owned and governed by the users. But also the macroeconomic impact of it.

So, we’d love to hear what you think about that. I know this might have come out from left field and might not be something you’re thinking about too much. But I know that there’s a lot of resistance going on. A lot of people are really concerned about whether or not the dollar is going to continue to be the world’s global reserve.

And I think that it’s not the threats from China, the eurozone, or Canada or what have you that matter. The threat to the U.S. dollar reserve status is from cryptocurrencies.

Not bitcoin, but from Ethereum or other Layer 1 assets that are rebuilding our digital lives on the blockchain and creating this new Web3.

So, that’s it for this week’s video. Thanks everyone for tuning in, and we’ll talk to you next week. Take care!

Zai Lab Ltd. (Nasdaq: ZLAB), a Chinese biotech company, is up 9% on no apparent news. The move comes alongside strength in other China stocks today.

Oak Street Health Inc. (NYSE: OSH), a health-tech company, gained 9% on no news. The move comes after unusual options activity in the name earlier in the week.

Novavax Inc. (Nasdaq: NVAX), a biotechnology company, gained 11% after stating that it expects to have an omicron vaccine ready by the end of the year.

Etsy Inc. (Nasdaq: ETSY), an operator of an e-commerce platform, gained 9% after Raymond James raised the stock’s price target from $95 to $130.

Opendoor Technologies Inc. (Nasdaq: OPEN), an operator of an online real estate platform, gained 8% on no apparent news. The move makes back some losses the stock made earlier in the week.

Dada Nexus Ltd. (Nasdaq: DADA), a Chinese operator of on-demand retail and delivery, gained 7% alongside strength in other China equities. On Thursday, the company published its first ESG report.

Okta Inc. (Nasdaq: OKTA), an IT security company, gained 6% on no company-specific news. 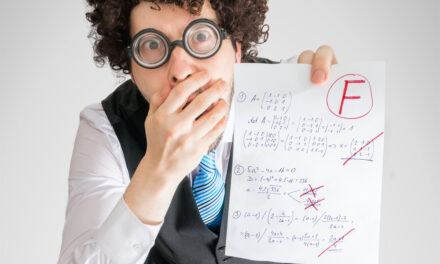 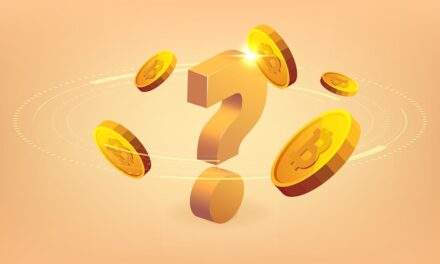 Ask a Crypto Expert — Send Us Your Questions!