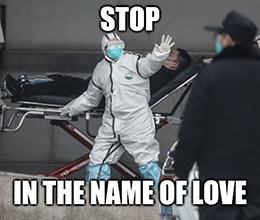 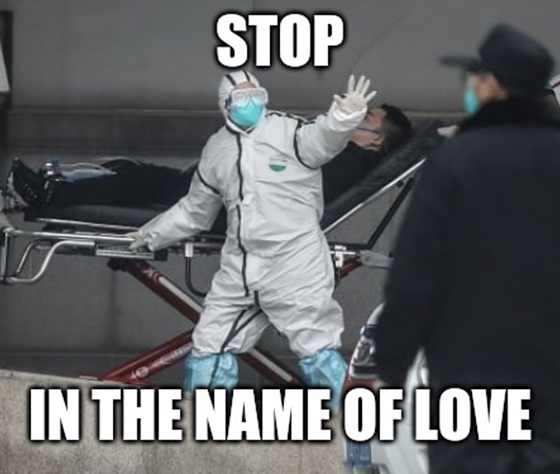 Friday Four Play: The “Never Gonna Give You Up” Edition

I don’t have chocolates, roses or even dinner reservations (I know, I’m a horrible date today). But I do have market data and stock gains for Great Stuff readers.

Let’s start with the good news.

U.S. retail sales rose for the fourth consecutive month in January, according to the Department of Commerce. Lower prices at the pump helped drive (ha … drive) gasoline sales, and general merchandise receipts were their strongest in six months.

As for the bad news, U.S. factory output fell last month, according to data from the Federal Reserve. Manufacturing output dropped 0.1% from December — and December data were even revised lower.

Everyone blamed Boeing Co. (NYSE: BA) for the shortfall, as the airplane-maker halted production of its 737 Max “bus with wings.”

Finally, if you haven’t had your fill of coronavirus news this week, we have recruitment site Zhaopin saying that 10% of firms surveyed are “on the verge of death.”

Another 30% plan to cut jobs, while yet another 30% said they couldn’t pay their workers.

So, we have that going for us in the second-largest economy in the world … which is nice.

Maybe I’ll get those dinner reservations after all. We could all use a pick-me-up right now.

But, whatever your Valentine’s Day plans may be, remember that Great Stuff is never gonna give you up, never gonna let you down … we’ll never run around or desert you! 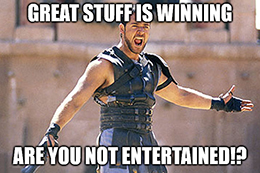 Can you say: “Three wins in a row?” Sure you can … especially if you’re a Great Stuff reader.

Roku Inc. (Nasdaq: ROKU) — a Great Stuff top pick for 2020 and beyond — is on fire today. Shares of the online streaming kingpin surged as much as 11% following the company’s fourth-quarter report.

The company reported a narrower-than-expected loss, Street-beating revenue that surged 49% and a 36% spike in active user accounts. Turns out the holiday shopping season was very good to Roku — just as I said it would be.

“We increased our active account base by almost 10 million over the year to end at 36.9 million,” said Chief Financial Officer Steve Louden.

Don’t let those losses cloud your judgment here. Roku is spending on growth. It reinvests in the company and spends on things such as improving its TV operating system, international growth and its ad business. This is the good kind of spending that will lead to higher market share and stronger revenue growth.

Finally, if you’ve invested in Great Stuff picks before (and we know you winners are out there!) let us know how you did! Drop me a line at GreatStuffToday@banyanhill.com.

At this point, I know some of you possibly sit on gains of more than 60% on ROKU alone!

For the third time this week: Congratulations!

No. 2: Crypto Is Dead at Nvidia 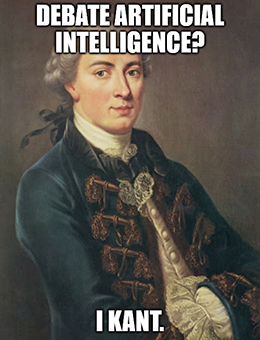 CEO Jensen Huang said that artificial intelligence (AI) was the real driver behind data center sales. Nvidia has had several breakthroughs in AI that improve the performance of internet search and cloud-based computing, all of which boosted data center results on the quarter.

“All of these key areas were growing,” said CFO Colette Kress. “The industries are still in early stages.”

Nvidia didn’t provide full-year guidance, but with the semiconductor market in a cyclical upswing and 5G rollout pushing capital spending on data center servers, Nvidia is well-positioned to extend its winning streak. 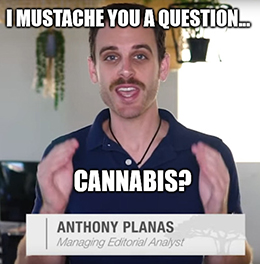 Before we get started on Canopy Growth Corp. (NYSE: CGC), I want to draw your attention to today’s pot meme. That’s Banyan Hill expert Anthony Planas, and if you’d like to see his latest “POTcast” video, just click the meme (or click here for the article).

What’s more, the company knows that it’s dealing with a tough cannabis market right now. “Make no mistake, we have a lot of work to do,” said CEO David Klein. During the conference call, Klein said the company would take further steps to “rightsize” Canopy’s business during the next 90 days.

And that $4 billion from Constellation? Well … it’s whittled down to about $2.3 billion at this point. However, Canopy noted that this cash has been critical for the company, as financing continues to dry up in the cannabis market.

It turns out that having a sugar daddy in your back pocket really helps in the cannabis market. 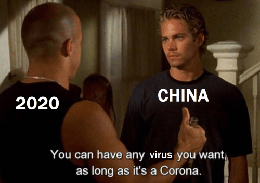 Some Great Stuff readers just might be sitting on four wins in a row today. Are you among the lucky few?

In our January 31 issue — “Friday Four Play: The ‘Fear Inoculum’ Edition” — we recommended Inovio Pharmaceuticals Inc. (Nasdaq: INO). The company had just received a $9 million grant to develop a vaccine for the COVID-19 virus — aka, the Wuhan coronavirus.

INO shares have been volatile ever since that bit of news, as fears surrounding the virus ebbed and flowed. Following this week’s surge in infections, Inovio is back in the limelight — thanks in part to its revolutionary system for developing vaccines.

According to a report yesterday, Inovio has a COVID-19 vaccine. In fact, it had one just three hours after the Chinese government released the virus’s DNA sequence!

“We have an algorithm which we designed, and we put the DNA sequence into our algorithm and came up with the vaccine in that short amount of time,” said Dr. Trevor Smith, Inovio’s director of research and development.

The company has already tested the vaccine on rats and plans to start “phase 1” clinical testing in humans this summer. That means a vaccine could be ready to go later this year.

Inovio shares surged over 10% today on the news. Given how volatile this biotech stock has been lately, Great Stuff readers are either back at breakeven or possibly up about 8%.

Once again, let us know how you’re doing with Great Stuff picks. Email us at GreatStuffToday@banyanhill.com!

But I do know that I love you, dear readers. (Awwww…)

And I know that this quick rally is welcome news to INO shareholders (and to Great Stuff readers! Woot woot!), but for the rip-roaring biotech sector, it’s all in a day’s work.

Biotech isn’t just known for its life-saving treatments and medicines — it’s also one of the most lucrative sectors to invest in.

As you’ve probably seen with Inovio, spotting the best biotech investments isn’t for the faint of heart … and that’s what makes your biotech guide even more important.

For Banyan Hill expert Jeff Yastine, biotech is another gold mine in the making. And today, he has his eye on one company that’s set to revolutionize health care. Even with its life-saving innovation, there’s little hype surrounding this stock today…

And yet, Jeff predicts this stock’s value could triple in the next few years!

Click here to see why Jeff believes this pioneer will soar. 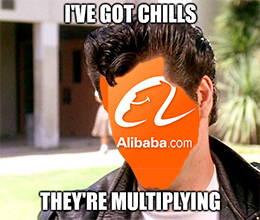