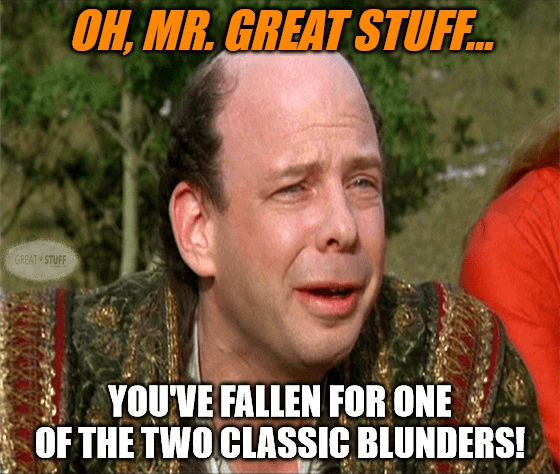 Great Ones, I am ashamed to admit it, but I fell victim to one of the two classic blunders: Never get involved in a stock war in Asia.

As we all know, only slightly less well-known is this: Never go in against a Sicilian when death is on the line! But that’s not relevant to today’s discussion … yet.

Yesterday I warned y’all about investing in Alibaba (NYSE: BABA) … not because of the company’s growth issues or increased competition, but because of the tit-for-tat regulations war between the U.S. and China.

You see, BABA stock fell more than 70% from its all-time highs due to delisting fears, a tech backlash and lingering COVID-19 pandemic woes, such as supply chain issues and workforce reliability.

I was worried that some investors would see this 70% drop as a potential bargain-hunting opportunity.

Well … proving that I do indeed have “Jim Cramer timing,” the Chinese government announced late yesterday that it is working to stabilize the situation.

According to the state-run Xinhua News Agency: “The Chinese government continues to support various kinds of businesses’ overseas listings,” and the current crackdown on technology companies would be “complete as soon as possible.”

As a result, Chinese stocks surged across the board today:

Setting my absolutely horrible timing aside — hey, it’s not like I can read Xi Jinping’s mind, man — I did say yesterday that, “until relations normalize between the U.S. and China, I’d be wary of any Chinese investment if you don’t have the financial fortitude.” 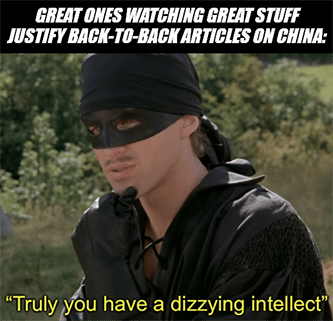 Also, I have said before that China isn’t stupid. It may be a communist state, but it loves capitalist money. Just look at Macau, for heaven’s sake.

President Xi Jinping was never going to allow all that BABA, JD or BIDU money to go to waste. The Chinese government was going to find a way to make this work … it was just a matter of how badly it wanted that sweet, sweet capitalist cash.

Given that economic conditions are deteriorating in China, I guess we’ve settled that question.

That said, it’s important to remember that U.S. and Chinese regulations are still at odds with each other on the financial disclosures of Chinese companies listed on U.S. exchanges. Today’s official news out of Xinhua merely indicates that the discussions aren’t over and that “delisting” isn’t in anyone’s interest.

What the final resolution of this issue looks like at this point is anyone’s guess. But Wall Street isn’t waiting on an official end to the China issue. Investors were just given hope that their Chinese holdings won’t be taken away, and that seems to be enough for now.

Editor’s Note: A $30 Trillion Shock Wave Is About to Change America Forever

A radical new technology could be about to send a $30 trillion shock wave across America. And according to a top trader and former World Bank economist, a tiny American company — which trades for less than $50 — holds the key to unleashing this technology.

Right now this little company is virtually unknown outside of tech circles — and several high-profile billionaire investors. But that could soon all change. 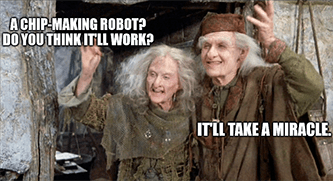 Well… Chips in the mornin’, chips in the evenin’, chips at suppertime! Be my little chipmaker and by God, I’ll love you all the time!

I don’t think that’s how the song goes…

Quiet, you. We’re talking chips today … and not just the tech-y kind either (more on that in a minute), but the tasty, salt-slathered tortilla chips I can’t help ordering whenever I step into a Chipotle Mexican Grill (NYSE: CMG).

Chipotle may not be the peddler of authentic Mexican cuisine that it claims to be … but even I’ll admit it makes a damn fine bag of chips. So good, in fact, that half the time I try to order them, they’re unavailable.

Turns out, finding time throughout the day to fry these little salt bombs is the bane of every Chipotle worker’s existence — which is why the faux Mexican restaurant has teamed up with Miso Robotics to bring bots into the kitchen and help with the workload.

The Miso team taught a droid dubbed “Chippy” — very original, I know — how to salt and season Chipotle’s chips using AI tech. While the robot has yet to leave its testing lab, Chipotle hopes to move Chippy into one of its Southern California restaurants later this year.

If successful, Chippy and other robots like it could signify the first step in calming the Great Resignation storm sweeping across the land … even though Chipotle denies having this particular problem. (My local Chipotle restaurant may beg to differ.)

Much like me with chips, CMG investors couldn’t get enough of today’s android announcement and sent Chipotle stock 3% higher on the news. 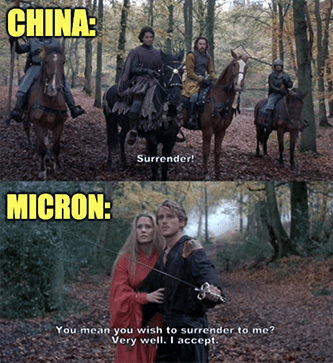 And now for the chips you can’t eat…

Memory chipmaker Micron Technology (Nasdaq: MU) was all muscle this morning after Bernstein Analyst Mark Li upgraded the chip stock from underperform to outperform and raised his price target from $58 to $94.

According to Li, Micron’s DRAM market is one of the only things not expected to experience any disruption over Russia’s invasion of Ukraine — a major talking point for MU investors considering how nearly everything else is trending in the market these days.

Li also said the magic words when it comes to Micron’s market might, citing that China — for all its trying — just can’t catch up to Micron and competitor Samsung (OTC: SSNLF) when it comes to DRAM domination.

All this Micron positivity was music to Wall Street’s ears, with investors moving Micron stock nearly 8% higher on the day. For our part, we’ll be looking for further confirmation of Li’s bullish outlook later this month when Micron reports second-quarter earnings.

Should Micron continue to beat analysts’ expectations for earnings and revenue, expect another hike in share price coming down the pike.

If you’re already invested in Micron and looking for more market-beating stocks, check this out instead:

Wall Street legend Paul says America is about to undergo a major economic upgrade. An upgrade so big and powerful, Paul calls it “America 2.0.”

Paul believes investors at the forefront of this upgrade could reap massive rewards — and he wants you to be one of them.

Click here to see what Paul is calling “America 2.0.” 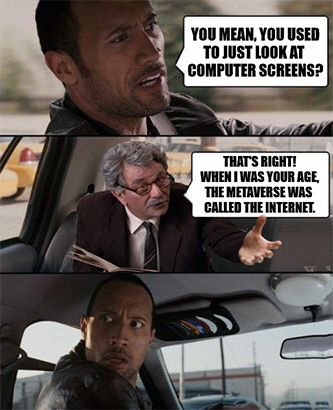 Nvidia (Nasdaq: NVDA)? Today’s “best?!” It’s more likely thank you think — especially if you’re one of the analysts over at Cowen who just hyped up the stock (again).

To Cowen, Nvidia’s Omniverse is the company’s golden ticket to metaverse mastery:

And oh, how monetizable the metaverse will be.

For reference, that’s quintuple Nvidia’s current revenue and septuple its earnings. Let that sink in. (What does that dang sink want now?) Cowen’s bullishness bubbled over to the rest of Wall Street, sending NVDA shares up as much as 6% today.

It is Wednesday, my Great Ones! And what a Wednesday it is … just ask all the Chinese stock investors out there.

Y’all should know by now that, on top of the Spanish Inquisition, no one expected the Chinese Indecision! Erm … the Chinese Reversion! (OK, we’ll keep workshopping that one.)

With Chinese stocks rising all across U.S. markets, it’s been a hot minute since we asked for your thoughts on investing in them.

We asked if you thought the central bank’s idea for a digital dollar would be good news for crypto overall, and a whole 30% of you agreed with that positive sentiment.

However the majority of you, with 38.6% of the votes, said that a digital dollar would kill the whole “decentralized” appeal that you want in your digital currency diet. As expected, the other 31.4% of y’all are buying bitcoin regardless of what digital dollar tomfoolery gets cooked up…

But hey, let’s say you didn’t get a chance to vote in last week’s poll, and you want to sound off anyway. Write in!

Or let’s say none of today’s poll options nail your thoughts on Chinese stocks, and you want to keep rambling. Write in!

Whatever’s on your investing mind this week, we’re ready to hear it. “We” being the whole great wide world of Great Ones tuning into Friday Feedback. Who knows? You might even see your email in this Friday’s roundup!

But … you gotta write in first. Don’t forget that part. Afterward, here’s where else you can keep the Great Stuff flowing: 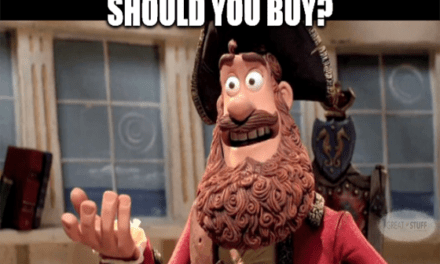