Imagine you had a serious health problem. Would you want everyone to know about it?

But lately, it seems as if you may not have a choice.

This was the largest medical data breach in the U.S. this year. It followed a string of similar cyberattacks across the country.

However, there’s one innovation that will keep your private data out of the wrong hands.

The Current System Is Becoming Obsolete

And as you can see from the chart below, the problem’s only getting worse. 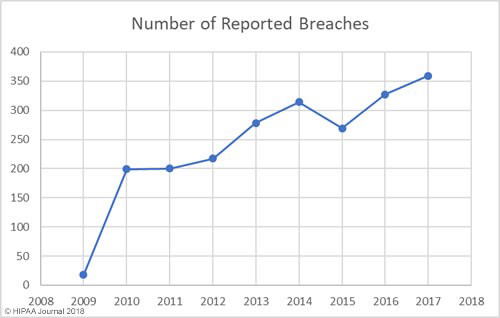 (Sources: HIPPAJournal.com and the Department of Health and Human Services)

But there’s a new technology that will change how hospitals protect your medical data.

This “decentralized” system breaks up your data into many pieces. Then it distributes them over an entire network of computers.

That makes it impossible for someone to steal your private information. Even hacking several computers on the blockchain won’t work.

What’s more, people who you can trust — like your doctor — receive a special “key.” You need this to access the blockchain and get your information.

Think of it like the key you use to unlock your front door. It makes it easy for you to get into your home while keeping dangerous individuals out.

If it seems like blockchain makes the current data systems obsolete … that’s because it does.

Blockchain is relatively new, but it’s quickly shaking up the health care industry.

Global consulting firm Deloitte recently did a study on blockchain. It found that 28% of health care executives have invested $5 million or more into blockchain.

After all, if you needed medical care, wouldn’t you choose a hospital that cares about your privacy? I know I would.

Cannabis and Blockchain Are 2 Industries to Watch