All those cities passed over by Amazon in its so-called “HQ2” beauty contest for a second headquarters are complaining now.

My prediction is that in five years, they’ll realize Amazon granted them an accidental favor. By then, the company will be knee-deep with its own “perfect storm” of antitrust troubles.

How do I know? After all, Amazon — the last few weeks’ of stock weakness not withstanding — is riding high. The shares are still up 355% in the last five years. 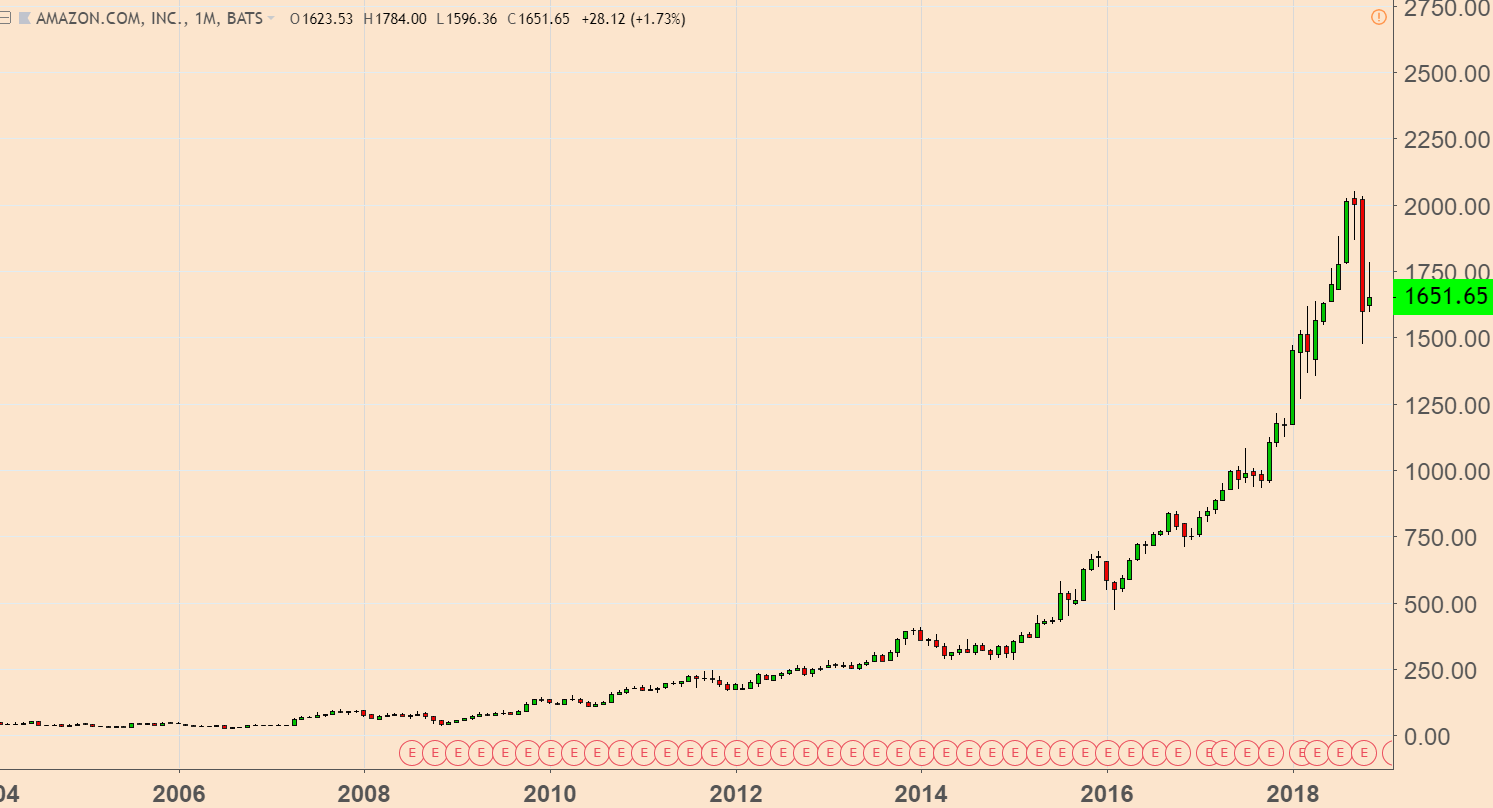 Everything the company touches (or threatens to touch) seemingly turns to gold. And just the whisper that Amazon is expanding into yet another sector — convenience stores, health care, you name it — is enough to sink the shares of would-be competitors as the financial equivalent of toxic lead.

But that’s how it always is when a company is riding high. We have what researchers call a “recency bias.” If Amazon has been incredibly successful in the recent past, we presume its success will continue far into the future as well.

And try as it might, Amazon’s government antitrust action is a huge, distracting problem on the horizon.

It’s even possible that HQ2 — which will take at least a few years to plan and permit — might wind up never being built, as Amazon’s antitrust worries move off the back pages of the news to the front pages of Wall Street’s worry machine.

I heard plenty of chuckles when I started writing about Amazon and the growing threat of antitrust nearly 18 months ago.

Antitrust experts say there’s no case. Amazon’s entire business model is about driving prices lower and lower — the opposite of accepted “monopolistic behavior,” according to a century’s worth of antitrust law.

But as I noted last year, Yale legal scholar Lina Kahn put forth an intriguing question in her paper “Amazon’s Antitrust Paradox,” published in the Yale Law Journal.

What if Amazon’s vaunted “platform business” — which even its staunchest competitors are forced to use or risk not reaching a big chunk of potential buyers — was itself anti-competitive?

“The economics of platform markets create incentives for a company to pursue growth over profits,” she writes. “Under these conditions, predatory pricing becomes highly rational — even as existing doctrine treats it as irrational and therefore implausible.”

To me, that describes Amazon’s entire business model to a T.

Since then, other media groups like The New York Times and Forbes have picked up the same thread.

Of course, that doesn’t mean Amazon necessarily has anything to worry about. Except that now, it’s not just President Donald Trump threatening to rein in Amazon and the rest of its Big Tech brethren for alleged “anti-competitive” behaviors. Progressives like Democratic Sen. Elizabeth Warren of  Massachusetts are making the same noises too.

So my point, when it comes to Amazon, is the same one I made 16 months ago: “The stirring of antitrust activity goes hand in hand with overheated markets that only amplify the power of a few companies that become too big, too dominant … in a word, too powerful.”

“When that happens,” I wrote, “it’s only a matter of time before regulators step in” and a punitive breakup of some kind becomes a certainty.

It happened to John D. Rockefeller’s Standard Oil when it dominated the oil market in 1911.

It happened to Xerox when it dominated copier patents in the 1970s.

It happened to Microsoft when it dominated the internet and PC landscape in the late 1990s.

And it will happen again, to Amazon, in the next handful of years.

When it does, today’s HQ2 headlines will seem like a quaint soap opera as the company contends with a much bigger challenge to its very existence as we know it today.

Thoughts on Thanksgiving Day, Past and Present