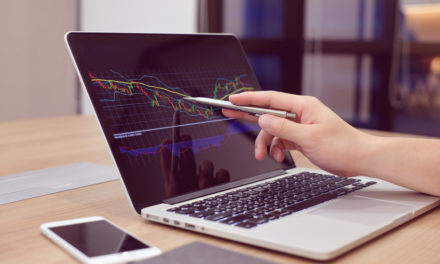 One year ago, the holiday season wasn’t very merry.

Sure, there were Christmas carolers caroling, houses were strung up with holiday lights and dads were driving around with oversized pine trees strapped to the roofs of their minivans.

But the stock market wasn’t in a celebratory mood. It was as bad as it gets.

From early October to Christmas Eve, the S&P 500 Index dropped nearly 20% from its highs. That was enough to erase almost the entire Trump tax cut rally in just a few months.

Sentiment readings showed extreme levels of fear. We also heard from readers just like you with your concerns about the market and the economy’s future.

When you look at today’s strong market, it’s hard to believe that the bears were in control a year ago. They spent the holiday season obliterating investors’ favorite tech stocks:

It wasn’t the Ghost of Christmas Future that scared the bejeezus out of the bears and saved Christmas (and all of 2019). It was Federal Reserve Chairman Jerome Powell.

In this article, I’ll show you how to watch Powell’s next move to see where the market might be headed…

The Only Surprise Is There Are No Surprises

To achieve these goals, the Fed pulls and pushes on the various levers of the monetary system. Lately, it has been raising and cutting short-term interest rates.

Since the financial crisis, the Fed has tried to be as transparent as possible. This means when it hints of a move on rates, and the market predicts that move, it always follows through.

Transparency is how the Fed maintains its credibility and the market’s stability. If it were constantly doing the opposite of what everyone predicted, we wouldn’t think of it as credible.

Investors can track what the market predicts by looking at the CME Group’s Fed funds futures probability.

Here’s a screenshot of where the market predicts the Fed will be on rates at the last meeting of 2020: 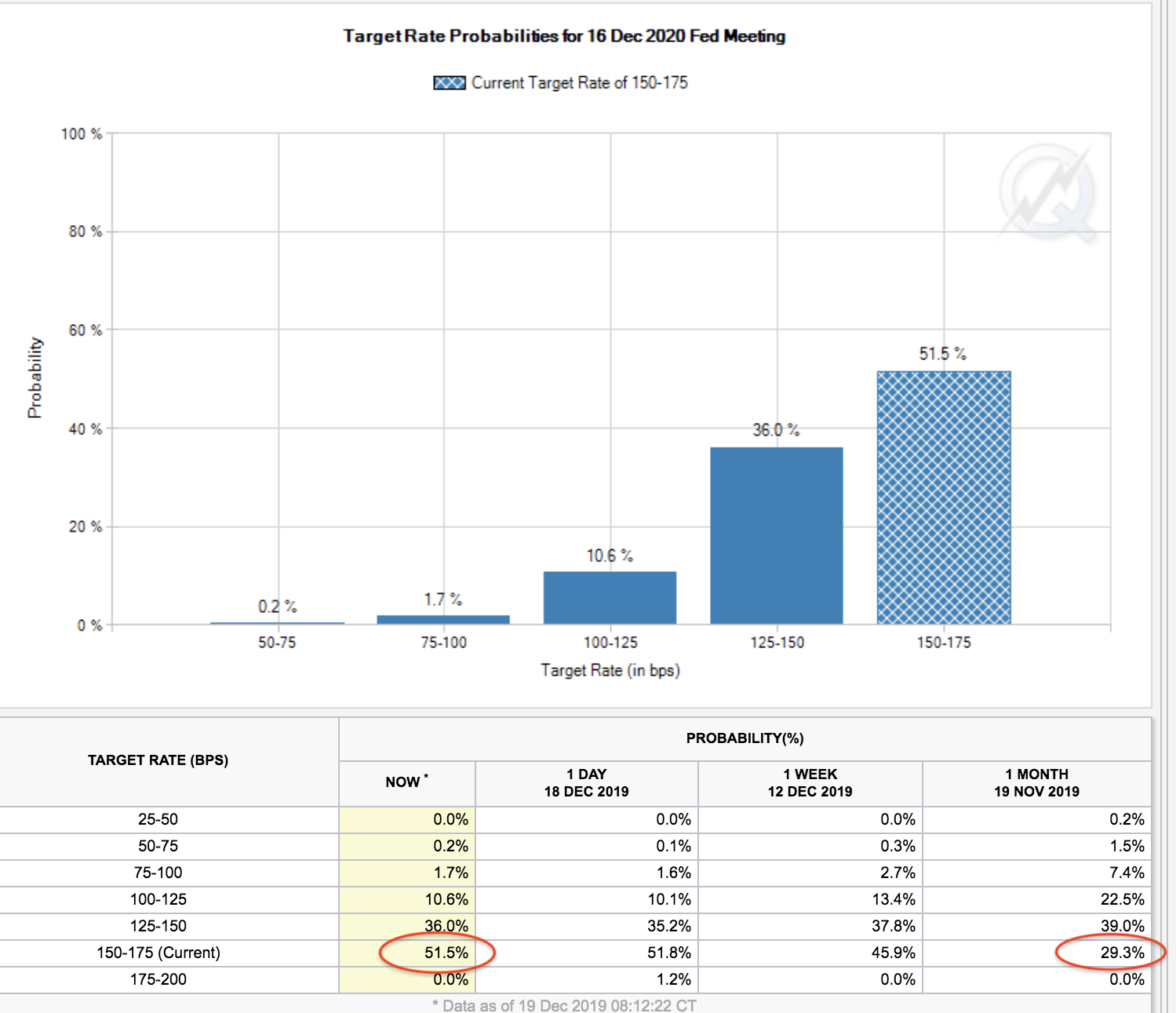 The chart indicates there’s a 51.5% chance that rates will be the same a year from now.

Right now, the market is predicting a 0% chance of a rate increase!

However, rate expectations have started to shift toward a more hawkish path in the past month.

Notice that a month ago (in the red-circled area on the right), there was a 29.3% chance of rates staying the same, and higher chances of cuts. That probability has shifted to 51.5% currently.

These expectations have shifted because the U.S. added 266,000 jobs last month, and there’s more clarity on the trade impasse with China.

Be Vigilant for Rate Hikes in 2020

For most of 2019, investors expected rate cuts. That’s why the market rallied from the depths of last year’s holiday sell-off.

It was like the Fed stepped on the gas pedal.

We’ve now reached the speed of traffic on the highway, and the Fed turned on cruise control.

We must be vigilant that the Fed isn’t going to hit the brakes anytime soon.

If the economy starts to overheat, and rate odds shift more toward raising rates in 2020, I expect we’ll see a similar sell-off as in 2018.

P.S. Between artificial intelligence, the Internet of Things, self-driving cars and virtual reality, we’re at the dawn of a technological renaissance. But there’s a dirty little secret no one is talking about. That’s why you need to watch my new presentation right away. 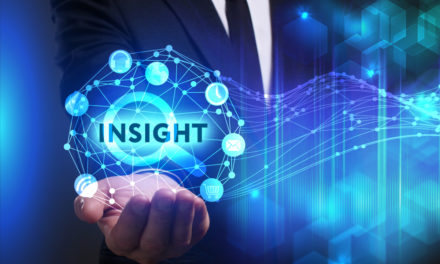 The Top 5 Market Insights Videos of 2019