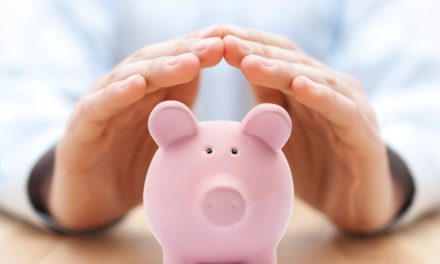 Investors hate oil today. There’s no other way to put it.

There is so much fear of global oversupply that the price of oil is almost back to where it was before terrorists bombed the Saudi Aramco Abqaiq oil processing facility earlier in September.

There may be something to that.

In January, it forecast the world would consume more than 101.5 million barrels of oil products per day. In the September version, it revised that estimate down to 100.8 million barrels per day.

That’s a reduction of less than 1%. That small decrease may seem insignificant to you.

But if the forecast comes true, it would make 2019 the first year since 2011 that the world’s oil product consumption grows less than 1 million barrels per day.

To refresh your memory, that year, oil prices fell from $113 per barrel in April to $76 per barrel in October. That’s a 33% fall in six months.

Then a remarkable thing happened after October: The price rallied. It rose from $76 to over $101 per barrel by December. It was a 33% gain in just two months.

My point: Oil prices are volatile.

And today, the market is all on one side of the trade.

Take a look at the chart of the SPDR S&P Oil & Gas Exploration and Production exchange-traded fund below: 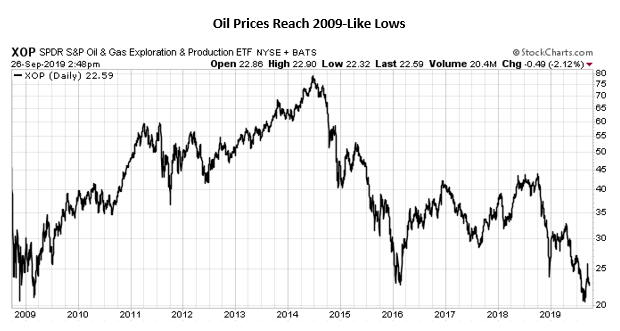 As you can see, oil just hit its lowest price since 2009.

To put this into perspective, the market is looking at oil the same way it did at the bottom of the financial crisis.

And yet, we aren’t there. Our economy is plugging right along. There are risks, but they aren’t anywhere near as bad as the bottom of the financial crisis.

Hedge Your Bets on Oil Before Prices Rise

That’s a scary thought. It keeps me up at night.

That’s why we must hedge our risk. We all have enormous exposure to oil prices. Last week, I urged you to protect your assets.

You can buy a few shares of the Energy Select Sector SPDR Fund (NYSE: XLE) to hedge your risk.

The oil sector is too critical to the world for it to be this hated for long. That’s something we focus on in my Real Wealth Strategist newsletter.

Finding sectors that are at or near the bottom and profiting as they move higher. That’s the situation we find oil in today. And I’ll have a way to profit in the next issue.

Click here to learn more about how you can join my readers on these trades. 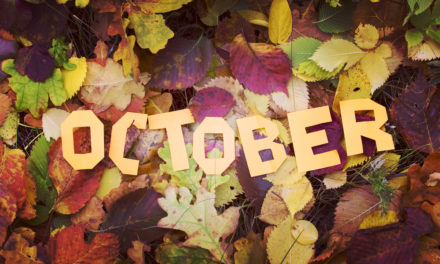