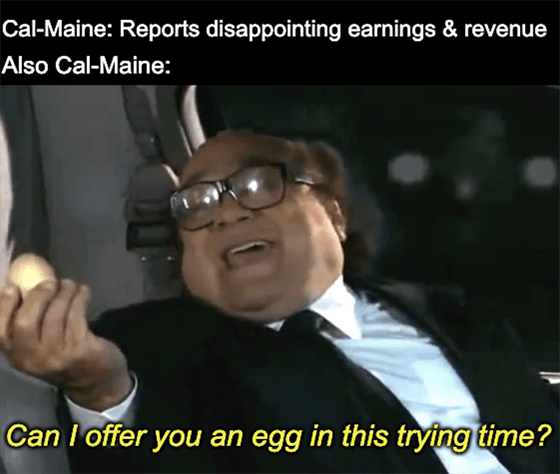 All Is Merry And Bright … And Eggy

Bit late on that, y’all, it’s already eve-eve-evening by me.

Well, look at you, time-traveling over there! Hush up, and imagine you’re here with me in the wee morning hours of, ummm, 9:30.

The opening bell has barely crowed, and the rooster’s rung its ringer. And as I write this, the rest of the market is still sound asleep … with still-lingering dreams of sugar plum stocks on the mind.

Either that, or everyone is pulling a sickie and just shivering under the covers. (Choose your own antisocial misadventure!)

The earnings confessional? All but abandoned.

Even WallStreetBets finally stopped its — no, no, that cesspool is still stirring, it seems. Guess I’ll just be cooking up a feast of a holiday news week breakfast all for myself.

English, Great Stuff, do you speak it?

Oh indeed, and what better time than now for a special sunny-side-up serving of eggy earnings? With a side of … well, COVID, unfortunately.

Seriously, this week’s not-so-dazzling array of earnings is about as empty as a Huddle House between 4 and 5 a.m.

And egg-producer Cal-Maine Foods’ (Nasdaq: CALM) report looks like whatever you would find inside the Huddle House at 4 a.m. 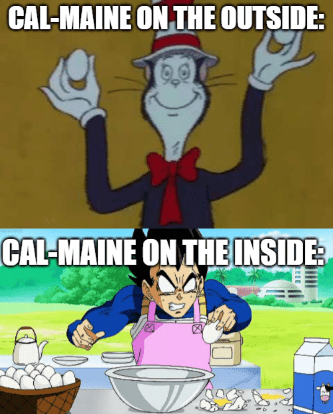 Analysts’ expectations were destroyed, burned to a crisp like an unattended omelet on high heat. And I guess you could say…

The yolk’s on them!

CALM shares cracked as much as 8% on the report. The company blamed higher feed prices for the earnings kerfuffle, with production costs rising 21.6% per dozen eggs year over year.

Feed? What do eggs even eat? Oh yeah, right…

The Carnival Comes To A Close 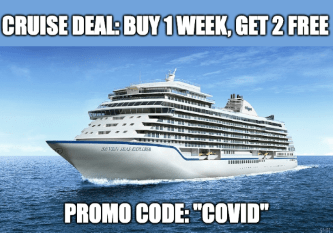 Next on deck: the never-ending buffet of plummeting cruise stocks … and the ever-rising COVID-19 cases making said cruise stocks plummet.

The CDC is now investigating the curious case of COVID cases on cruises. 86 ships across all the major cruise lines have reported cases — up sharply from last week’s count of 53 infected ships.

Apparently, that wasn’t quite past the threshold for monitoring, with an infection rate of 0.1% or higher necessary for CDC investigation.

Carnival, Norwegian and Royal Caribbean each have a dozen-plus ships past this threshold — and unlike past weeks’ trading action, their stocks are now feeling the selling pressure. Granted, all three cruise stocks barely sank more than 1% on the day, but still.

Travel stocks can’t shirk the Omicron strain forever. I just hope all of you globetrotters — does “trotting” still count if you’re at sea? — kept the receipt for that $100,000 world tour.

Chad Shoop’s a humble guy. When he threw $335 into his first trade beta testing his new options strategy, he wasn’t expecting much…

That first trade spat out a 308% profit in eight days. But the gains kept coming, and by the end of three months, Chad’s initial starting stake was up 727%. Now, you’ll get to see how he did it!

Chad just pulled back the curtain on this awesome new strategy. Click here for details.

If 2021’s curtain call is starting to give you serious 2020 vibes, don’t worry — not everything is the same this trip around the sun. Need proof? Look no further than Peloton’s (Nasdaq: PTON) slippery sell-off.

After PTON stock hit an all-time high of $162 a year ago, shares of the stationary bike peddler have been anything but, well, stationary. In fact, PTON’s lost nearly three-quarters of its value over the past 12 months.

Turns out it’s difficult for people to “work on themselves” and exercise during lockdowns when all they really want to do is sit on the couch, eat Chinese food and binge-watch Netflix for six hours because … why not? But hey, that’s what life lessons are for.

Thing is, life isn’t looking much better for PTON investors…

According to Raymond James analyst Aaron Kessler, the “continued softness” in PTON stock will likely extend into 2022 — and not even high-profile PR stunts are enough to right Peloton’s sinking ship.

Heck, even Google searches for Peloton’s products came in lower than expected this quarter despite it being the season of New Year’s resolutions — when people at least pretend they’re gonna take care of themselves:

Historically, Google Search Trends data has correlated well with Peloton hardware sales. Based on our updated analysis, the search trends data indicates continued softening of demand for Peloton sales in the December quarter.

We continue to believe significant demand was pulled forward during the pandemic, and as such, sales are not seeing the typical seasonality that we would expect.

Well, isn’t that just the flat tire on Peloton’s proverbial bike? If I were a PTON investor, I’d cycle my money somewhere else … and fast.

Puff, Puff, Pass Me That Dispensary 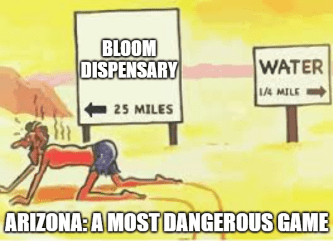 Arizona’s cannabis market is in full bloom, Great Ones.

At least, I can only presume it is, considering marijuana market leader Curaleaf (OTC: CURLF) has been snatching up Arizona-based dispensaries faster than Snoop can pack a pipe.

After acquiring both Grand Canyon State and Natural Remedy earlier this month, Curaleaf caught wind of Bloom Dispensaries — a single-state cannabis operator out of Arizona. And naturally, Curaleaf had to have it.

Curaleaf confirmed yesterday that it would buy Bloom Dispensaries in an all-cash deal valued at $211 million. In the process, Curaleaf will inherit two processing facilities in Phoenix and multiple dispensaries in the coveted Tucson, Peoria and Sedona regions.

Bloom has built a strong and profitable business, and we believe the combination of our two companies will enhance our competitive position and ability to continue gaining share in the highly attractive Arizona market.

Just how much money will Bloom contribute to Curaleaf’s bottom line? Well, the cannabis company is expected to bring in $66 million this year alone … with EBITDA margins of more than 40%.

That’s an awful lot of rolling paper, my dudes.

Believe it or not, Great Stuff doesn’t like every hydrogen company in existence.

In fact, we’ve been downright disparaging of hydrogen fuel-cell company FuelCell (Nasdaq: FCEL) for literally a year now … considering everything it does, Plug Power (Nasdaq: PLUG) can do better.

Don’t believe me? We’ll see if you change your mind after feasting your eyes on FuelCell’s latest earnings miss.

The company reported a fourth-quarter loss of $0.07 per share on declining revenue of $13.94 million. For reference, analysts expected revenue in the range of $21.7 million.

To make matters worse, FuelCell has been unable to meet its growing project demand as more countries adopt hydrogen fuel-cell usage. And this whopping $1.2 billion project backlog is partially to blame for the company’s revenue reduction.

Now you can see why FuelCell is at the top of our hydrogen shortlist of duds to dodge — there are simply better investment opportunities out there for hydrogen energy bulls to buy into.

Of course, if you want to really supercharge your portfolio with companies that help build better batteries, there’s one early pioneer you need to hear about. 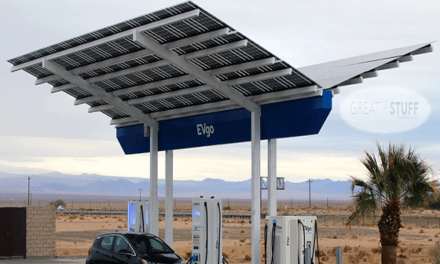 EVgo Your Own Way, A Meta Called Quest & Who’s Your GoDaddy? 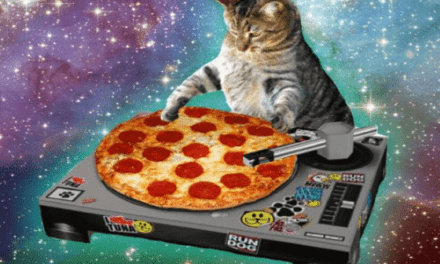