Marijuana’s Latest Milestone With The FDA Means Legalization Is Near

There is a shift taking place in the minds of Americans.

Marijuana, a plant outlawed by nearly every nation during the early 20th century, is gaining acceptance at a record pace.

Last week, the push for medical marijuana hit another huge milestone. The Food and Drug Administration (FDA) approved a new medical treatment for epilepsy based on compounds from marijuana.

The drug, known as Epidiolex, is the front-runner in a long list of treatments based on cannabis. As it turns out, the plant known for enducing euphoria and relaxation holds huge medical potential.

Within the U.S., marijuana is a Schedule I drug. That means the government considers it to hold no medical value.

The approval of Epidiolex by the FDA threatens that status.

Every year more states are opening up to the use of cannabis. Even if the federal government isn’t.

There are already 29 states that have laws allowing for medical marijuana.

The map below highlights the states with medical and recreational use laws. 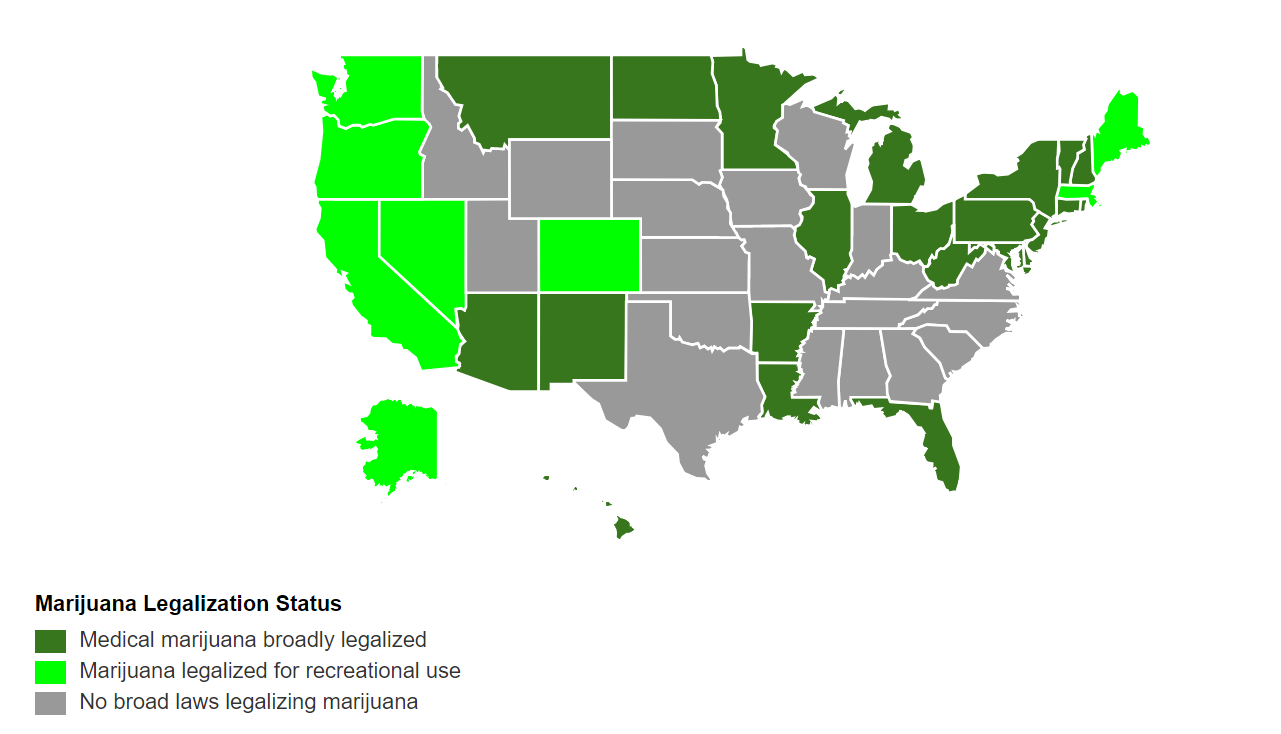 As you can see, eight states already allow for recreational use. The tipping point for legalization is close.

Both the U.S. and Canada began to see cannabis make legal inroads during the late ‘90s for medicinal use.

This approach proved to be popular. Within a decade, states and provinces were adopting medicinal cannabis laws.

America’s neighbor is taking a more unified approach. Bill C-45, the Cannabis Act, grants Canadians the right to recreational use. Along with an existing medical marijuana program, Canada is one of the most progressive nations in this sector.

Others aren’t far behind. Almost half of the European Union has a medical cannabis program in place.

Grandview Research estimates that the global marijuana market will swell to $55.8 billion by 2025. That’s a fivefold increase from the current market size.

Medical approval from the U.S. could boost that by untold billions.

One of the best ways to capture the growth in medical marijuana is to invest in an index fund like the ETMFG Alternative Harvest ETF (NYSE: MJ). This fund tracks a basket of companies researching and developing treatments based on compounds found in marijuana.

This Controversial Sector Will Spawn the Next Starbucks

Precision Medicine Is the Next Wave of Health Care