Home » 2020 Financial Crisis » The Economy May Not Survive Lockdown 2.0

The Economy May Not Survive Lockdown 2.0 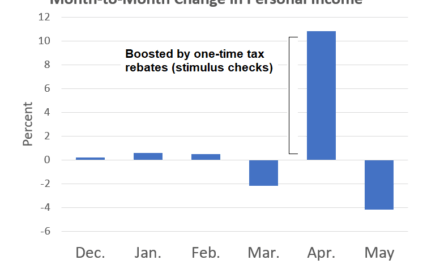 Tens of millions of Americans are set to lose $600 per week of income after July 31.

And the timing couldn’t be worse.

Unemployment benefits were boosted in March. The federal government wanted to help bridge the temporary economic black hole caused by the pandemic lockdown.

And $270 billion of stimulus checks were written to ensure Americans could weather the storm.

One estimate says this added $3 of extra income for every $1 that was lost to the economic lockdown.

That’s crazy. And it was welcomed by many.

But that money is almost gone, and it threatens the economic recovery investors have banked on.

This breakdown of American incomes from January through May shows the looming problem: 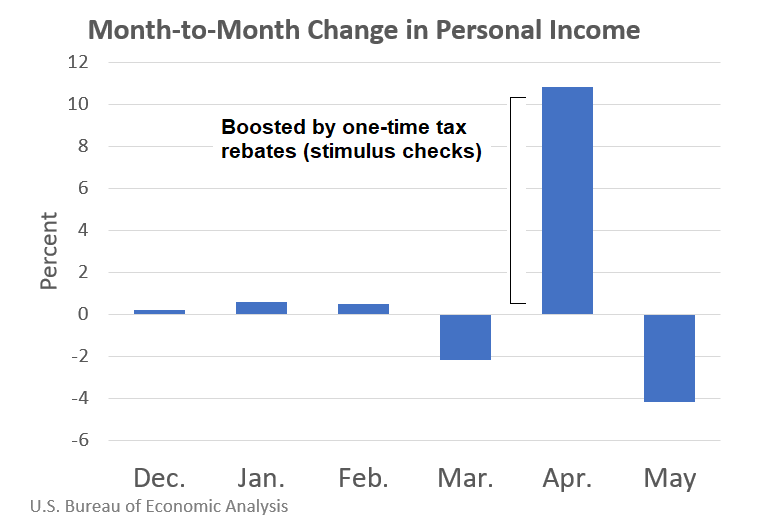 Americans’ incomes jumped by 10.4% in April due to stimulus checks and unemployment benefits.

But income dropped 4.2% in May. That’s even with many of those benefits still in effect.

That’s a dismal indicator for the months ahead.

Those stimulus checks have been cashed and spent. And when the supplement expires at the end of this month, unemployment benefits won’t make up for lost income.

In Washington, some lawmakers are trying to extend these benefits to the public. But as of this writing, those plans are stalled in partisan debate.

Around our virtual offices, we’re hearing stories of businesses that survived the first wave of economic trouble. But those businesses are now looking at layoffs.

And that’s not even factoring in the impact from a second wave of the pandemic.

Reopening plans are being postponed in New York and other large states.

Hospitalization rates in Texas and California are rising at a worrisome pace.

Bars are prohibited from serving alcohol in Texas and Florida. Beaches here on the east coast of Florida are closing ahead of the holiday weekend.

It’s not good for the economy.

Unless the savior of financial markets can keep hope alive.

The Federal Reserve pulled out all the stops to keep 2020 from repeating the 2008 crisis.

The central bank’s mission has been to pump money into the economy and the financial system at the first sign of distress.

So far so good. Financial markets have not seized up like 2008, meaning businesses and individuals can still borrow money if they want to.

Stocks bounced back from a historic collapse at record speed after the Fed stepped in.

And it seems to have plenty more to throw at any new concerns, too.

It has shown that it’s willing to spend $3 trillion to keep the economy afloat. And that’s on top of the $4 trillion it’s already pumped in.

But it’s not that simple.

You can lead a horse to water, but you can’t make it drink.

The Paycheck Protection Program offered interest-free loans to small businesses. These businesses aren’t required to pay back the loans if they spend it on payrolls and securing employees’ jobs.

About $519 billion has been paid out, leaving about 20% of the allotted money still available when the program was originally set to expire on June 30. The deadline to apply has been pushed to December 31, 2020. At the same time, lenders may have trouble taking money from Fed programs and lending it out.

It’s become tough for lenders to know which borrowers are credit worthy.

Payments on more than 100 million accounts are in forbearance and deferral plans — meaning they’re behind on their payments. But part of the law passed by Congress to manage the crisis says lenders cannot report these missed payments to credit agencies. So, credit scores do not reflect the financial distress.

To protect themselves, lenders have reined in the money they’re lending to consumers.

At the same time, consumers have reined in their appetite for debt. They’re becoming more wary of owing money. 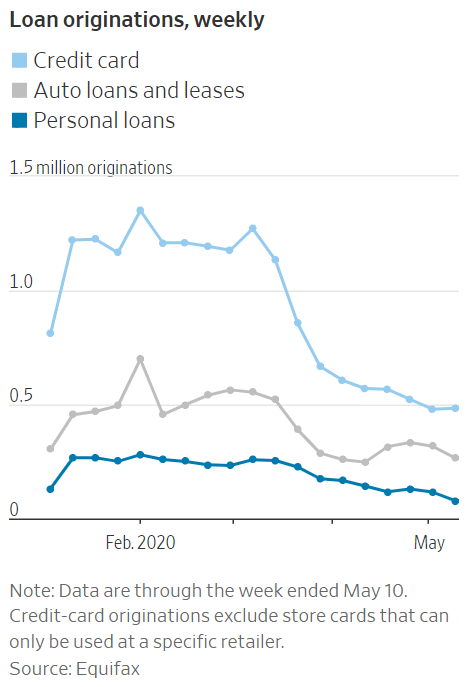 In the last 12 years, it’s taken $2.11 of debt to produce every $1 of U.S. gross domestic product. It doesn’t take an economist to tell you that the debt isn’t paying off.

If lending and borrowing dry up, economic growth will wither.

It doesn’t matter how much liquidity is available to lend, banks can’t make the borrower drink.

The reality of the lockdown’s economic consequences has not been fully felt yet.

When the stimulus money runs out and the supplemental unemployment benefits expires, we’ll find out where the consumer stands in the face of Lockdown 2.0.

In the meantime, be careful of investors rethinking this economic risk.

Risky, high-flying stocks could suffer as expectations come back down to earth. So, trim up your exposure there as needed.

Laggards will continue to lag.

Those stocks most exposed to the consumer and borrower will feel the pain of lost income.

As always, we at Winning Investor Daily are working for you. We don’t take money from companies or Wall Street, so you can always trust us to give you the facts as we see them. We want you to have all the information you need to feel confident in your investments and in your life.

While this volatility continues in the market, we’ll continue to bring you our best research and insights. You can count on it. 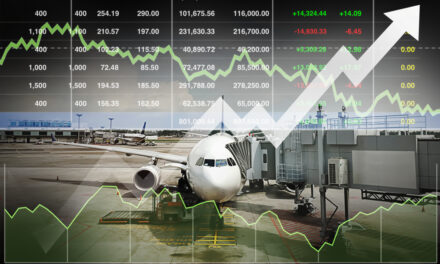 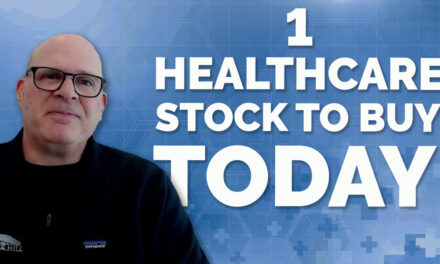