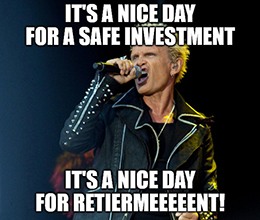 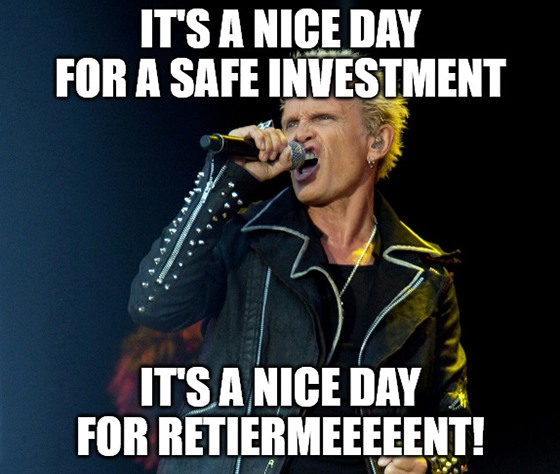 With a rebel yell, he cried: “Five. Billion. More!”

Are you ready for more Tesla (Nasdaq: TSLA)? Too bad — you get it anyway!

CEO Elon Musk is about to roll out not a new Tesla model, but $5 billion in shiny new TSLA shares. And, if you’ve kept track at home, this is the third Tesla share offering this year!

Back in February, Tesla sold $2 billion in new stock. Then, in September — though it seems like a lifetime ago, it’s only been three months — Musk fabricated $5 billion in new shares right around the time Tesla announced a five-for-one stock split.

Here’s the thing: Tesla wouldn’t do this if investors weren’t climbing over themselves to buy TSLA. The February offering brought a minor dip in TSLA shares. The September offering elicited a much more significant drop.

But, after both offerings, TSLA went on to hit all-time highs.

Honestly, this is a no-brainer for Tesla as a company. Why borrow from the credit markets when you can just issue more shares at all-time high valuations?

After the new offering, Bloomberg Intelligence Credit Analyst Joel Levington says that Tesla will have about $20 billion in cash.

Now, the obvious argument for Tesla here is that previous offerings allowed the company to expand into China, build gigafactories for batteries and generally grow operations — including sites in Austin, Texas and Berlin, Germany this year alone.

That said, TSLA investors should not ignore the warning I issued at the beginning of the month.

TSLA is in for a potential 20% haircut following its addition to the S&P 500 Index. Also, keep in mind that a company can issue all the stock it wants, but valuation must be considered at some point, and that’ll negatively impact TSLA.

Remember these points the next time you’re tempted to greet your broker in the midnight hour with a rebel yell of “More! More! More!” What sets you free is a no-BS look at propped-up valuations … and a better way in on Tesla’s own battery tech.

But don’t just take my word for it. Click here to see more for yourself!

Going: An Apple a Day… 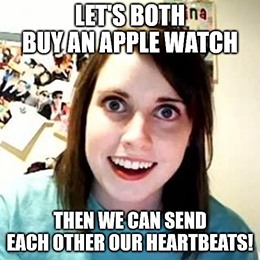 What’s with Apple (Nasdaq: AAPL) lately? It’s picking fights left and right. Does someone need to see the guidance counselor?

Following on the heels of yesterday’s throwdown with Intel (Nasdaq: INTC), Apple is ready to rumble with Peloton Interactive (Nasdaq: PTON). Specifically, Apple announced the launch of Fitness+ for just $9.99 per month.

The service threatens Peloton’s $12.99-per-month bike-less fitness service. And it joins a long list of Product+ services already launched in 2020. I think Product+ is the new iProduct.

This is a real problem for Peloton for multiple reasons. The biggest is that Apple Fitness+ integrates with every single Apple product, from Apple TV to Apple Watch to Apple Music. The content is personalized and utilizes Apple Watch’s biometric functionality to boost your workouts even further.

Sure, Peloton’s bike does that. But I’m not wearing a bike around on my wrist anytime soon.

Furthermore, Fitness+ comes bundled with Apple One Premier — the all-inclusive Apple service that many customers already subscribe to for $29.95 per month.

The bottom line is that Fitness+ is a big win for Apple’s services, and it’s a hard hit for upstart Peloton billing itself as more than just a stationary bike company. 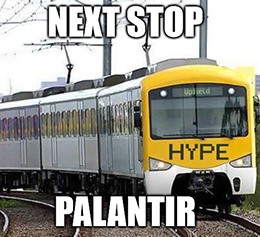 Don’t know Palantir? It’s a “software as a service” specialist for the U.S. intelligence community — and it’s very popular with Reddit’s gamble-happy message board r/WallStreetBets.

After hitting an all-time high in late November, it looked like PLTR would finally settle down. The shares plummeted nearly 30% from that November 27 high to a near-term low on December 2.

I pretty much called the bottom on the stock last week, as PLTR is up a whopping 30% since. Most of those gains arrived yesterday after Palantir announced an extended $44.4 million contract with the U.S. Food and Drug Administration (FDA).

Now, I don’t know what the FDA wants with software typically utilized by U.S. spy agencies. Maybe the Hamburglar is on the loose again? Is the Noid back? I thought we finally put those guys away for good in the ‘90s.

What I do know is that the $44 million FDA contract does not justify the massive spike in PLTR’s valuation. As Barron’s notes, the deal only adds “about 1% a year to the company’s revenue base.”

But, as we know with cult stocks like PLTR, fundamentals don’t mean squat — it’s all about the hype. And Wall Street’s hype train continues to roll with Palantir. 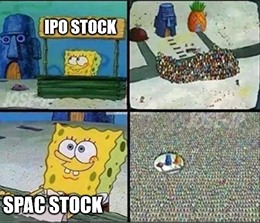 Does the world really need another PayPal (Nasdaq: PYPL) clone?

Wall Street thinks so, and judging by U.K.-based Paysafe’s revenue growth … consumers think so as well. Well … if you were looking to get in on the ground floor of your very own PayPal clone, you’re about to get your chance.

The Foley Transwhater the Second? Really?

Really. It seems like there should be an “esquire” or a monocle in there somewhere with an Ivy League education. Anyway, that’s just how popular SPACs are this year.

Paysafe will trade on the NYSE under the symbol PSFE once the deal finally closes.

So, Paysafe has some catching up to do. But all that means is growth. Growth for Paysafe and growth for investors. This is one SPAC I’ll keep on my radar.

Today’s Quote of the Week is brought to you by stubbornness, finger-pointing and a tangled web of mixed expectations — Great Stuff’s perennial favorites!

Stop me if you’ve heard this one: An oft-renowned stalwart in a dying industry complains about said industry’s death … and instead of getting with the times, they rail against the inevitable decline.

Today, Nolan — the same guy who released a cinema-only film in the height of a pandemic summer — decided to comment on WarnerMedia’s decision to host all of next year’s feature films on HBO Max the same day they hit theaters:

Well, yeah, any Great One out there can tell you that! Sorry, Nolan, you got stuck with HBO Max — one of the few bright spots in the endlessly knotted void that is AT&T’s (NYSE: T) digital presence.

If AT&T had its act together, then these streaming exclusives would reach bigger audiences in the first place. And it reeks of desperation that AT&T dangles the films like carrots to get new signups for its platform.

But even the AT&T rat’s nest knows the cinema-stalling streaming asteroid is inevitable. Nolan, on the other hand … I’m not too sure. Let’s break down his side:

Warner Bros. had an incredible machine for getting a filmmaker’s work out everywhere, both in theaters and in the home, and they are dismantling it as we speak. They don’t even understand what they’re losing.

Hold up! While AT&T needs a Nikki Sixx-sized kickstart to make waves in the streaming game, it at least understands what there is to lose by sticking solely in the dusty cinemas. Advantage: AT&T.

Their decision makes no economic sense, and even the most casual Wall Street investor can see the difference between disruption and dysfunction.

And with HBO Max signups floundering (without a Roku deal, might I add), this is one of the only decisions that does make economic sense for AT&T’s current position. Another is that the company could’ve charged for each individual release like Walt Disney (NYSE: DIS) did with the new Mulan.

But that’d be too much sense for one Quote of the Week … and give AT&T much more credit than it deserves.

The disruption is streaming … Nolan is just stuck with a dysfunctional streaming host. Now, no side here is completely wrong or right.

Nolan is quite accurate about HBO Max being a dumpster fire of a service and sacrificing movies for signups. And AT&T is right about streaming these movies and weaning off the theater teat.

But Nolan is short-sighted with the future of media … and AT&T is just plain stupid for not squeezing the marrow out of its gold mine of content.

Meanwhile, cunning investors (oh hey! That’s you out there!) can steer clear of the he-said she-said altogether. No matter who’s streaming what where and how … you’re better off putting your future-funding cash in the one tech that no streamer streams without — that sweet, sweet hyperconnectivity.

Tech investor Ian King predicts that everyone will eventually rely on one company to bring 5G to the more than a hundred million households across America. In fact, Verizon, Sprint and T-Mobile — the leading mobile providers in the world — ALL partnered with this company ahead of the massive 5G upgrade.

Trust me: The 5G boom will be here long before AT&T finally gets its head out of its Max. Click that link above, now!

And after you do, let us know how you feel about the whole streaming situation at GreatStuffToday@BanyanHill.com.

We are just two days away from this week’s edition of Reader Feedback, after all, and I’d love for your email to make the cut! We’ll catch you tomorrow, but don’t forget to follow us on social media too: Facebook, Instagram and Twitter. 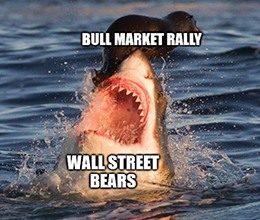 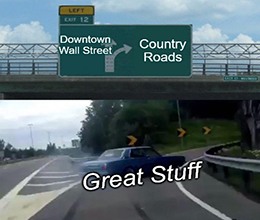