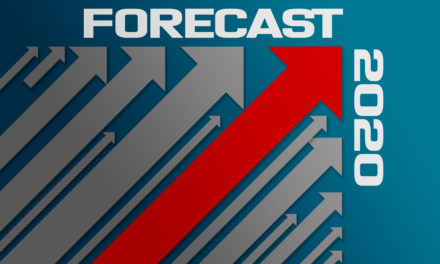 It’s going to have a huge impact on every aspect of our lives. And it’s not just a small shift, it’s a jump.

This economic boom is going to send our stocks soaring.

But that’s not all for this 2020 market predictions week.

Today, we cover everything from Tesla and bitcoin to cannabis and more!

It’s your ultimate road map for investing in 2020.

Check out this week’s video to see our predictions and what you can buy today to start locking in gains:

After you check out today’s Iancast, remember to subscribe to our channel so you can follow the biggest opportunities that unfold in America 2.0.

Now we are going to look at the companies and industries that we believe in most: Tesla, Bitcoin and the cannabis industry. 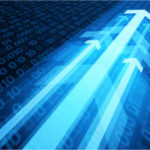 At the end of 2019 the market hit a new high which is great news. The final round of tariffs is scheduled for December 15, 2019 and it seems those will be cancelled. Trump is talking about a deal with China. Both sides are agreeing.

The Industrial sector, including housing and semiconductor stocks, leads this new market high. All of which is really the heart of the production and industrial process.

Industrial manufacturing is coming back to America. As a result, we’re seeing a huge rally in these sectors that benefit directly from it’s return. These stocks have been rallying for a few months straight and that’s a great sign for things to come

The 2018 Recession Hoax – Exactly One Year Ago 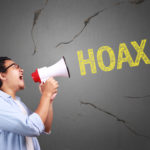 The 2018 recession was a hoax (for lack of a better word). There was no recession. It was way overblown. The trade war caused panic of the future. Of course fear sells so the media took the story and ran with it. The thing is, we never got anywhere near negative GDP. We never even got to less than 1%. It was one quarter that was under 2% and that was as bad as it got.

If we want to test the emotional state of the market, we look at MarketWatch. There are still people on MarketWatch arguing for crashes, recessions and crises. Headlines are always dramatic at MarketWatch and Yahoo! Finance. Big companies like Morgan Stanley post recession models that say there’s a 90% chance of a recession in 2020 and then nothing happens.

Worse, the opposite is true. They cry recession and the market goes up 20-25%.

To make it clear, our 2020 market predictions we are optimistic. We think the market is going up. From our perspective, the way we look at the world, new highs are positive. New highs mean more money coming into the market and an optimistic growth-oriented future. 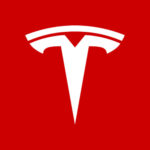 It’s unusual for Tesla to release something early. Tesla skeptics always argue that Musk never releases anything on time. Now the Model Y keeps getting pushed up. China, for example, is six months ahead for the Model Y. A lot of the manufacturing has been shifted to Taiwan, resulting in a booming economy. The tariffs are also playing a role in that.

We’re looking at some these foreign stocks in our $10 Million Portfolio.

When we check on Tesla we consistently find that the company has a lot of Taiwanese suppliers. The Bold Profits team is putting together a secret portfolio of Tesla suppliers that are obviously going to boom. $10 Million Portfolio subscribers should keep an eye out for that!

The Model 3 is still scaling up around the world; the Model Y is just beginning to scale up and the Cybertruck is coming. So many people are excited for the Cybertruck. It’s become a pop sensation.  TMZ, which is a site that follows pop stars and gossip, now tracks the Cybertruck.

These Taiwanese auto suppliers could be a secret play to make a ton of money. Similar to those investors who bought into all the suppliers for the iPhone. It would have the same effect. 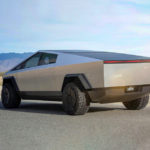 We’re optimistic about the future and our 2020 market predictions. As you might know, we have personally called for Tesla’s price target to be at $4,000, joining ARK Invest who also put out that price target. It seems very doable. Tesla’s business model drives on scale so the more they produce, the more cash flow they are going to generate.

We have said on Bold Profits that we think 2020 is the year we see Tesla at more than $1,000. Amateur investors always forget that seasoned stock market investors are always looking 12, 18, 24 or 36 months into the future. Most people look at the existing economics and say  stock or company is overvalued. That’s because they aren’t looking out far enough.

Tesla has two more gigafactories opening over the next couple of years. That’s going to bump up their production and their sales because there’s demand for Tesla’s all over the world, not just in the U.S. Those factories are almost ready and the supply is going to meet that increasing demand. We will see that reflected in their sales numbers in 2020 and beyond.

Bitcoin 2020 market prediction: $50,000. Why? Because there is so little supply and investors who are buying Bitcoin are holding onto it for good.

This is a very scarce asset. The demand is going nowhere and we know supply is set to be shrunk dramatically. 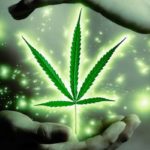 Our 2020 market prediction for pot: ETFMG Alternative Harvest (NYSEArca: MJ) is going to double in 2020. The U.S. market is already triple the size of Canada’s where marijuana is legal recreationally.

Let’s put that into perspective: Only 11 states have legalized marijuana in the U.S. and that market is still triple the size of Canada and growing at a fast pace. Illinois will legalize marijuana in January 2020 and Michigan just started the process to legalize. The fact is, Millennials and Gen Z are cutting back alcohol and tobacco use in favor of marijuana use.

Tobacco and alcohol are a $400 billion industry just in the U.S. There’s so much room for the marijuana market to grow and take a piece of that market. We’ve picked out some U.S. stocks that are projected to grow way faster than Canada in 2020. I am recommending three of those in our $10 Million Portfolio this month.

So there’s more investments to get excited about. The U.S. has so much growth ahead of it in the marijuana industry.

Marijuana has undergone a major shift in perception. The majority of the U.S. is for legalization which is a complete reversal from what it was 20 years ago. Even politicians are standing behind it. The House Judiciary passed a bill to remove marijuana from drug lists and the House and Senate are likely to vote in favor as well in 2020.

We’re going to see these stocks take off and start to head back up as more and more progress is made there.

The legal market is around $14 billion in 2019, but the total marijuana market — illegal and legal together — is $76 billion. It’s just a fraction. The black market, just like bootleggers, are going to go away slowly but surely.

We have been building to a moment we call the lollapalooza effect, where multiple industries intersect creating new opportunities for human innovation and lucrative investing.

The lollapalooza effect is when many technologies build up almost like a coiled spring. 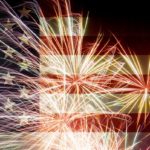 All of these I call it America 2.0. It’s not going to be a small shift, it’s going to be a jump. For most of us, we cannot imagine a time before machines were introduced or railroads weren’t a thing.

These are just part of the world. But those technologies managed the world fundamentally. That’s exactly what’s going to happen here. We are on the verge of an extremely important shift.

When you put all this together it’s going to create a whole new world called America 2.0 driven by all these technologies coming together in a fourth industrial revolution. Technologies and materials affecting every part of our life.

Imagine this revolution, where the world is truly at your fingertips. Where machines and software seamlessly integrate themselves into your life. coming into your houses, your cars, every aspect of your daily life. This is why we are very optimistic on the industrial sector, which may become the largest sector in our economy, just as it was in every other cultural and technological revolution in America.

We are incredibly optimistic and bullish on the future and our 2020 market predictions.

Don’t believe the bad news media that tells you to panic at every drop in the market.

SIX will give you access to America 2.0 and the fourth industrial revolution. We are incredibly optimistic about where markets are going to go.

We will also see rising productivity as a result of all of these things being put into our economy. I believe we are going to see a genuine economic boom that’s going to shock and stun people. Of course it’s going to shoot our stocks higher. What do you think? What are your 2020 market predictions? Let us know in the comments! 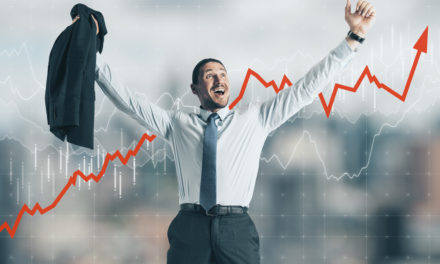