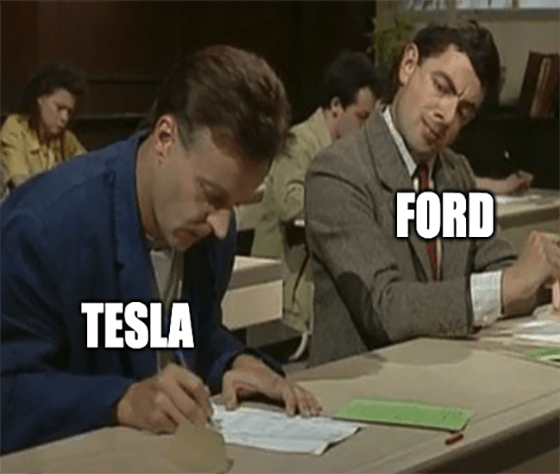 Sundays were made for soap opera repeats. And methinks it’s time for a lil’ binge of your favorite electrified soap, EV Days…

Oh great. Yet another day of Tesla this, Tesla that.

It’s a Ford (NYSE: F) kinda morning. Especially seeing as how I was greeted with a headline so bombastic and bullish, I wondered if we were even talking about the same big blue oval: Ford Pulls Out All The Stops to Revive a Struggling Brand.

Oooh, provocative! This is gonna be good.

Great Ones, feast your eyes on the newest electric vehicle (EV) monstrosity — the totally-not-ripped-off-from-Tesla Lincoln Star: 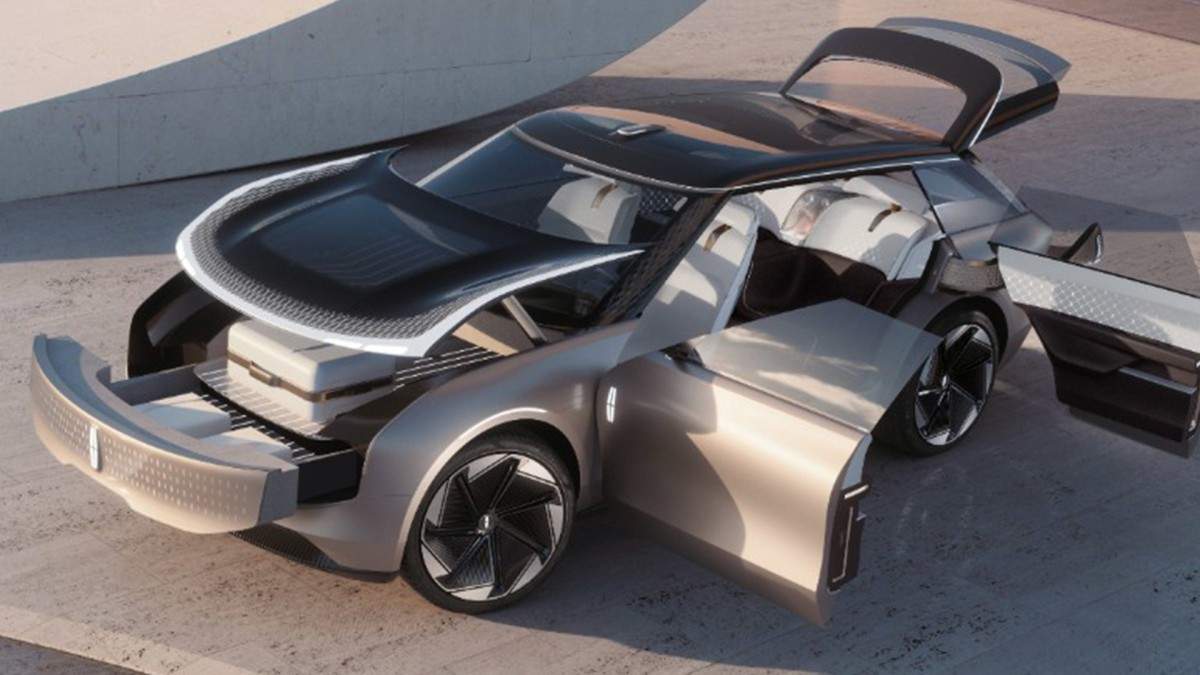 So. We’re really leaning into this cyber-futuristic aesthetic now, huh? Is this the future y’all want?

The Star’s interior has all the creature comforts of an ER waiting room with seats that would make you rather fly Spirit. And I don’t remember the Jetsons’ car having suicide doors, but I might be wrong…

Ford says the Star is one of four EVs it plans to launch by 2026 as it brings the Lincoln brand into the new generation, or something along those lines. By 2030, 90% of Lincoln’s vehicle volume is expected to be electric.

It is an excellent example of how we are redefining luxury for the next generation as we work to transform the vehicle into a third space, a true place of sanctuary, for our clients. — Lincoln President Joy Falotico

That’s a fancy way of saying “our front seats can swivel to face the back seats.” You know, like in an old VW Bus? Don’t even get me started on that true place of sanctuary…

Sorry, did I accidentally sign up for Car & Driver? Aren’t we supposed to be talking about stocks?

Oh, but we are! See, Ford was playing all the right cards, ticking all the right boxes as it stretches its legs into the world of EVs. With the F-150 Lightning, Ford packed popular consumer features in a mostly normal-looking EV, and look how that one’s selling.

But over at Lincoln? Well… Someone needs to tell those folks that turning your lineup into Tesla Lite is not how you revive a struggling brand. I mean, what says “luxury” about a wannabe Tesla?

Don’t reinvent what luxury means. Leave that to some doe-eyed minimalistic design startup, like Canoo.

Give people the luxury they expect from Lincoln — I’m not even sure what that implies — and make it electric. That’s all you gotta do.

We’ve seen Ford and Tesla tango for years now as the former finally takes its EV expansion seriously. Ford even split its business right in two between gas-powered cars and EVs, so you just know it’s super serious now.

But when will Ford — and that includes Lincoln — realize that dominating the EV market means more than just poorly imitating Tesla?

It’s not all about aesthetics, Great Stuff!

Agreed … which is also why we’re also focusing on the latest tech powering tomorrow’s EVs.

After all, you can dream up any fancy-shmancy Lincoln EV you want, but if it doesn’t have the battery power or range consumers expect, well … bye.

For example, if you were to drive a Nissan Leaf from coast to coast, you’d have to recharge the battery eight times. A Chevy Bolt, seven times. Even the Tesla Model X would need to be charged six times.

Not to mention, this stunning new technology is about to cut the cost of EV batteries in half … meaning by next year, an EV is expected to cost the same as a gas-powered car. 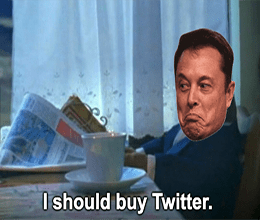 Elon Musk is on a mission to take over the Twitter-sphere — but with Twitter 2.0 already being discussed, this could be a huge waste of the billionaire’s money.

Crypto: The Next Generation

Come with us now on a bold new trek across the stars — er, I mean the crypto market.

It’s Gonna Be May

“Sell in May and go away” may have a nice ring to it — but if you still follow this old adage, you’re leaving serious money on the table.

In the next 12 months, Tesla’s Model X could be as outdated as the Model T. All because of one special battery… 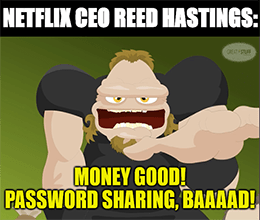 Netflix: Where Is The Love?

Netflix just abandoned everything its subscribers thought it stood for … and that’s very bad news for investors.

You can also check out our back pages Greatness: 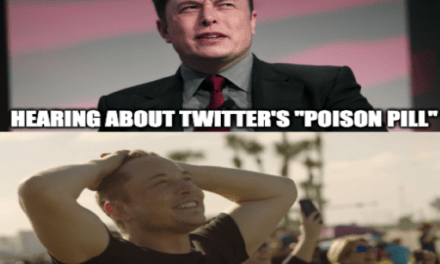 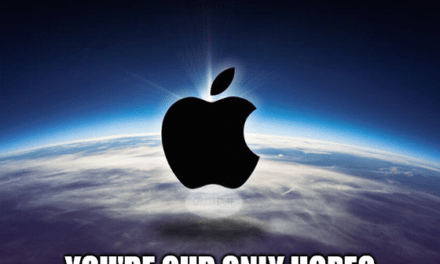