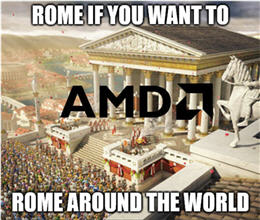 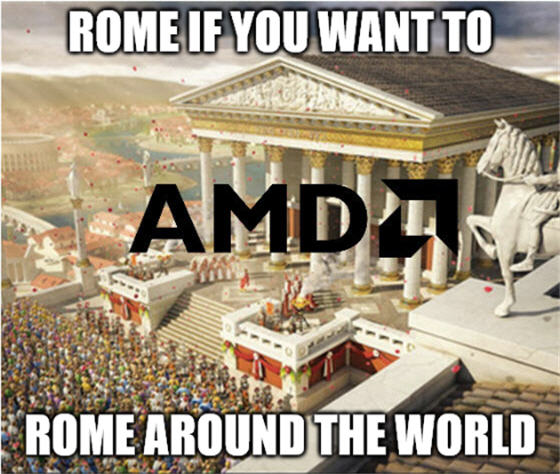 Rome wasn’t built in a day … I bet you’re tired of hearing that one.

Advanced Micro Devices Inc. (Nasdaq: AMD) just dealt another blow to Intel Corp. (Nasdaq: INTC), and investors are Caesaring the day. (You can pay me back for that bad pun at the Total Wealth Symposium next month.)

With Rome, AMD is once again faster and cheaper than Intel. The new Epyc server chip will have up to 64 processing cores and is built on AMD’s market-leading seven-nanometer technology. This is the tech that makes AMD’s chips run on less power and generate less heat that the competition.

And enterprise server operators can snag a new Rome Epyc for less than $7,000. Comparable Intel Xeon server chips go for nearly twice that, at $13,000 apiece.

The news only just hit the wires and analysts are already raving about AMD’s new charge into the server market.

Wells Fargo, which rates the company at outperform with a $40 price target, believes AMD is poised to snag more than 20% of the server CPU market with its new Epyc chips.

Meanwhile, Bernstein (not the bears) lists AMD at market perform with a $25 price target.

According to the ratings firm: “Given Intel’s disclosure of further 10-nanomater server delays, the announcements yesterday will likely keep AMD in full control of the datacenter narrative for now.”

Given AMD’s continued outperformance, this battle for server-side CPUs is going to be Epyc.

Great Stuff readers have been watching AMD bounce around in a volatile market since I recommended the stock back on June 18.

Until this past week, that ride had been mostly higher. I’m sure you all got a bit worried on Monday in the middle of that market meltdown.

Today, we’re reaping the rewards of not panicking. AMD is up roughly 10% today, erasing this week’s losses. It’s a no-brainer. AMD is a solid company with great products, long-term demand and innovation. It’s eating Intel’s lunch and stealing market share.

Right now, there’s nothing to not like about AMD. So, we’re going to ride this one until we can’t no more.

Good: A Glitch in the Matrix 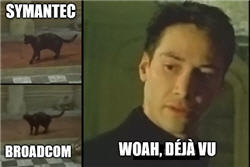 Stop me if you’ve heard this one before … Broadcom Inc. (Nasdaq: AVGO) is reportedly nearing a deal to buy Symantec Corp. (Nasdaq: SYMC). No, it’s not a glitch in the Matrix. But it might be déjà vu.

Your eyes do not deceive you. Great Stuff reported the exact same buyout back on July 3. At the time, I told you to take your profits and run … run far away. It was sound advice, as SYMC shares plunged more than 18% through yesterday’s close.

Today, the deal is back again. Instead of buying all of Symantec, however, Broadcom is going after just the enterprise-security unit — the one made up of Blue Coat Systems that Symantec paid around $5 billion for back in 2016.

According to reports, Symantec could get about $10 billion for it now. That’s a none-too-shabby return. In this situation, AVGO is the real bargain on this news. Broadcom could really use an enterprise-security boost, and Symantec will be left with what — Norton? Nobody uses that anymore. Nor should they. 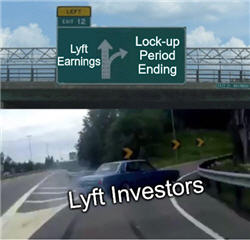 Lyft Inc. (Nasdaq: LYFT) investors are in for quite a ride today.

The company reported blowout quarterly results last night … but there was a catch.

For the quarter, Lyft’s losses narrowed to just $0.68 per share compared to expectations for a loss of $1 per share. Revenue also blew past estimates, and Lyft raised its full-year guidance.

But those gains could be hard to come by in the regular session. Lyft also said that its post-initial public offering (IPO) lock-up period was ending earlier than expected. A lock-up period keeps insiders on the IPO from selling their shares for a period of time.

In other words, about 257.6 million additional shares will be eligible to hit the market on August 19 instead of September 24. 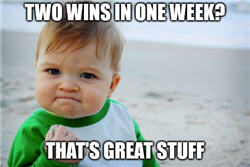 I’m feeling special today. I get to congratulate you twice in one week!

Today, you’re sitting pretty with a gain of 31% on Roku Inc. (Nasdaq: ROKU). It’s taken a bit longer than two days — Great Stuff recommended Roku back on May 24 — but still, that’s an impressive gain.

Why the big move today? Roku reported that second-quarter revenue soared 59% to $250 million, marking the third consecutive quarter of accelerating sales. And that’s not all.

Roku also said that platform revenue (from ads, subscriptions and transactions on Roku devices) soared 86%. This figure is vital for the company’s future as it indicates that Roku is not just selling streaming devices — it’s leveraging those for additional revenue, and it’s paying off big.

Finally, Roku boosted full-year guidance to between $1.07 billion and $1.09 billion.

This is no fad. Cord-cutting is only gaining momentum, and Roku is leading the way. Continue to hold ROKU shares.

I have to say, I have some awesome readers. Monday wasn’t the best day, personally or for the market. But Pat brightened my day:

I love reading your articles. Sometimes we all need to be reminded that the market doesn’t stand still; it goes up and down. But today is a pain, and you still made me laugh. (Not a lot, but a little.)

Not a lot, but a little. That gets me every time. Even if it was just a little, Pat, I’m glad I was able to make you smile despite the market’s insanity.

Next up, we have John E., who had this to say about my “computers are getting a bit uppity” comment:

I agree. Computers and iPhones have taken over our livelihood. Yet, they have opened opportunities for many. Now in order to get a job, you have to use a computer or iPhone to apply. I am still old-fashioned. I love sending my email through a computer rather than an iPhone. I hope people will not reject this technology no matter how far it advances us. We will get a better understanding of the world we live in and other worlds to which we may venture.

John, I practically live on my computer and phone. I work in a remote undisclosed location in Kentucky, so I both feel your pain and enjoy your enthusiasm for technology. Thanks for writing in!

Finally, Tony D. lamented about not getting in on Great Stuff picks:

I didn’t get PODD. I put it on a watch list and I am sad today … LOL. I’m really liking your newsletter. I have only been a subscriber for about a month and you’re one of my favs already. You’re funny, not long-winded and have some good trading ideas. I bought some ACB October calls today.

Keep up the good work!

Aww … don’t be sad, Tony! You can still read Great Stuff right here! And while the Aurora Cannabis Inc. (NYSE: ACB) recommendation was for buying the stock, I’m pulling for you on those calls!

Have you written in yet?

Send your comments, questions or snide remarks to GreatStuffToday@banyanhill.com. 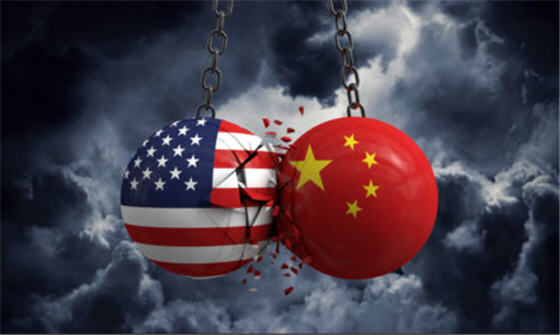 We’re going to end today on a defensive note.

Monday was scary, and it’s clear that the market hasn’t fully digested everything that’s going on … especially with the trade war between the U.S. and China.

When it’s time to get defensive, I turn to Banyan Hill expert Ted Bauman, editor of The Bauman Letter.

Ted has spent nearly his entire career setting investors on the path to free and independent lives by helping them secure and keep their wealth.

This week, Ted has a plan to beat the market’s trade war meltdowns, and it involves one crucial asset.

If you’re ready to take the first steps in securing your financial freedom and start living a more independent life, click here now!

As always, don’t forget that you can view all the back issues of Great Stuff on the web! 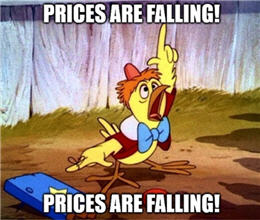