Stocks are up. Bonds are down. Apparently, we’re living in a perfect world now.

Wall Street tells us so.

Interest rates are finally going up, as the Street has wanted for several years now. And stock prices won’t stop rising until they reach the moon … maybe the sun. It’s onward and upward, so saddle up, boys. We’re in for a nice ride…

I don’t, of course, believe any of that.

Anyone who tells you stocks have a lot more room to run higher doesn’t understand the relationship between stock prices and rising interest rates, as I pointed out a few weeks ago. Wall Street these days is an ADD kid without his Ritalin. He can only focus on…

I know that at these valuations, stock prices, empirically, represent far greater risk than they do the potential for reward. History promises that.

But there’s another strategy to consider in protecting your wealth: owning hard assets.

I could write for days about the benefits of all the various hard assets I have in mind — gold coins used in trade in the 19th and 20th centuries; rare and historic stamps and books; art; wine; farmland … and more.

I don’t normally write about direct investing in land ownership anywhere, though as an investor I certainly pay attention to it here at home and in numerous countries I find interesting for various reasons. I’ve recommended real estate only on rare occasions, and this is one of those occasions.

The real estate, in this case, is in northern Argentina. But before I go on, let me assure you that Argentina is a safe place to invest, particularly with the new, market-minded government now in place.

I was down in northern Argentina’s Salta Province last fall, researching a real estate project that is about a decade old now. It’s called La Estancia de Cafayate — a 1,500-acre spread of high-end custom homes built in a valley of vineyards surrounded by mountain peaks. Think Napa Valley, California and Sonoma, Arizona had a love child and you’ll have an accurate impression.

The place gets sun about 300 days a year. Temperatures, despite the altitude at more than 5,000 feet, are so mild that golf — on one of Argentina’s four best courses — is viable year-round. There’s a spa and fitness club that comes right out a five-star resort. A clubhouse serves a full menu of top-notch Argentinian fare. And the houses, which range in price from a few hundred thousand dollars to more than $1 million, are surrounded by 185 acres of working vineyards. (The proceeds from the sale of wine grapes to the numerous wineries in this part of Argentina offset the property-maintenance dues that homeowners pay.)

In short, this is comfortable living in a beautiful part of the world. Quiet and peaceful. I spent part of every day of the week I was there on the patio of my villa writing, and, quite literally, the only sounds I heard were a flock of parrots squawking in the vineyard 20 yards away and the afternoon winds that regularly whip through the valley.

But all of this leads to big question: Why?

Why consider owning real estate in a place like northern Argentina?

Protection Against the Next Bear Market

U.S. stocks are overinflated, and if they’re not headed for a prolonged bear market, then they’re in for years of lackluster growth of likely between -2% and +2% on an average annual basis as fundamentals slowly catch up with outrageous pricing.

The bond market’s historic 30-plus-year bull run is dead, if you believe the Federal Reserve really is in the throes of a multihike interest-rate increase cycle.

And depending on how Trumponomics plays out in terms of trade and tariffs, there’s a better than even chance that the U.S. dollar faces a “come to Jesus” meeting in the near future … or that inflation takes off. Or both.

In whatever situation, hard assets will be the winning investment in the years ahead.

La Estancia is a high-quality option because of the caliber of this project and a destination that is so far off the radar that, during my week in town, I didn’t even see a contrail in the sky — meaning Cafayate isn’t even under intercontinental flight paths.

I’m so convinced of the quality of this development that I’m heading back to Argentina to speak at a small conference there in March, during the harvest festival, when all the local vineyards are bringing in the season’s grapes. (La Estancia is also offering properties at a 15% discount during the event.)

If you want to see for yourself why La Estancia de Cafayate is a special place — or just see the beauty of northern Argentina and taste some truly top-quality wines — you should consider joining me for the event. If you’re interested, email Juan Larrañga at JoinJeff@LaEst.com.

Hope to see you there and share a glass of Torrontés, the white wine made famous here. 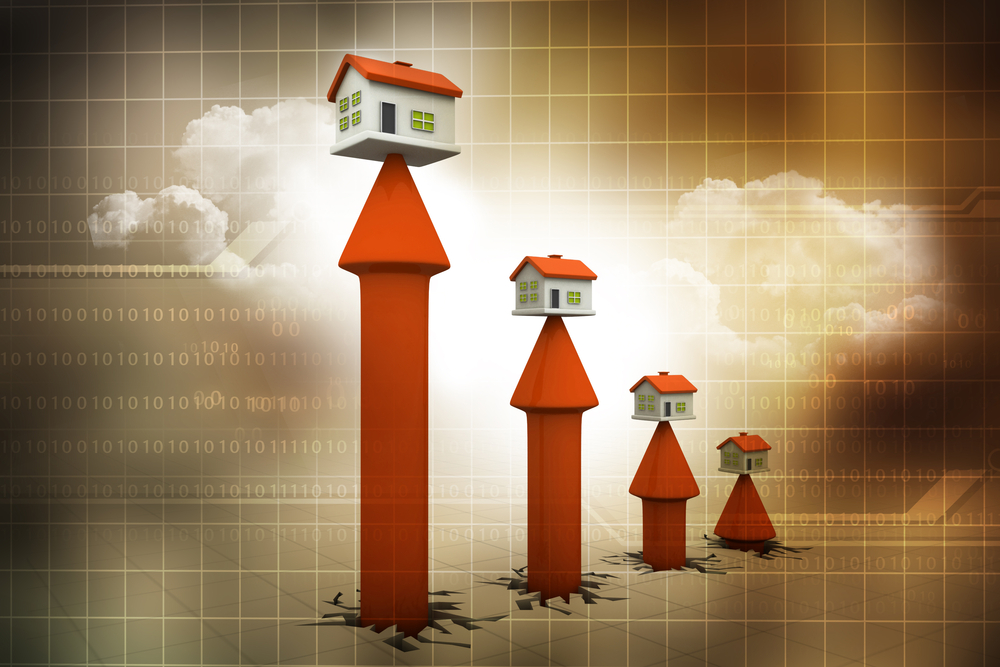 Has Real Estate Hit Its Peak?