Ratio of Household Net Worth to Disposable Income Signals Recession

There has been a striking correlation over the past two recessions.

They have followed a rapid rise in financial assets, like stocks and mutual funds, compared to a rise in personal income. (Think wages and other physical assets, like homes.)

This disparity, depicted in the chart below, has peaked prior to the last two recessions.

With the ratio at an all-time high, another peak is imminent, signaling a recession is near. 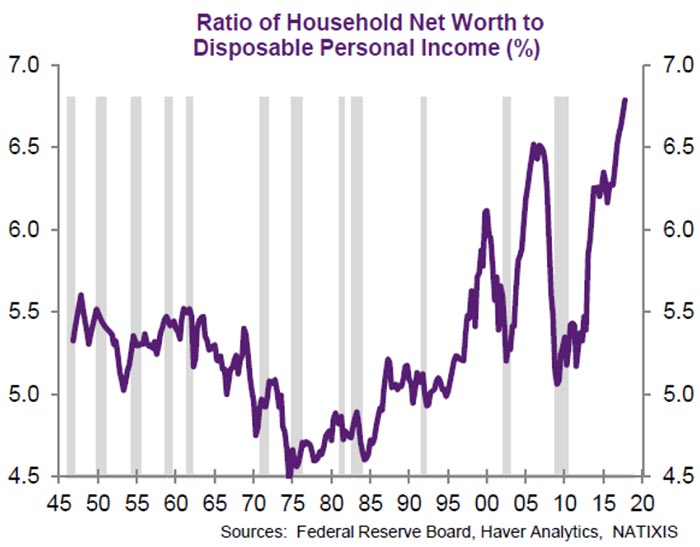 The last recession started just one year from the peak of this ratio. The recession in the early 2000s came just two years after the ratio peaked.

Clearly this is an early indication that there is some trouble in the underlying economy, as markets get overheated and go through a reset phase, basically.

The ratio is shooting higher at the moment, but it will peak soon. What follows will be a recession shortly after.

While that sounds like a dire scenario, there is a silver lining.

Since we know a recession is a year or so away, it tells us the bull market isn’t over just yet.

We will have at least one more run higher before the next big crash — and that’s great news.

So continue to benefit from the rallies, but remain cautious about what lies ahead.