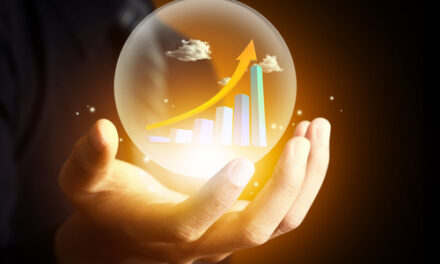 Have you ever been pulled over by the police for going too fast on the highway?I’m not too proud to admit I have…Though I must say, even if I don’t like getting a speeding ticket, I find the technology behind a speed trap fascinating…When we see the police parked on the highway shoulder, pointing their radar gun at our car, most of us brake. By the time we pass them, we’re usually at or below the speed limit.But the cop’s radar saw us speeding long before we saw them. The technology told the officer what we were doing before he could tell with the naked eye.The radar doesn’t consider our excuses about why we were speeding. All it knows is exactly how fast we were going at a particular moment.That’s how radar works. It shows a clear picture of where an object is, where it’s headed, and the speed it’s going. This makes it easily one of the most important technologies of the 20th century.Just think about how radar is used in the military…

From Radar Tech to Trading Strategy

It’s easy to see how powerful radar is. So, understanding that power helps me see how powerful Chad Shoop’s Fast Lane Profits strategy is.Chad, with the help of some proprietary code on the Relative Rotation Graph, effectively uses radar technology to find trading opportunities.He’s able to chart specific stocks relative to the indexes they’re in, or sectors relative to a larger macro picture, to study their behavior and figure out where the price is likely to go.This is an objective tool. It prevents Chad’s biases, which we all have, from interfering with his trades.The radar screen he employs, his Profit Radar, doesn’t care about his excuses or preferences. He may think technology stocks are overvalued, but if they hit the right spot on the radar screen, they’re a buy. If they don’t hit that spot, they aren’t.To use a real-world example: Using this Profit Radar allowed Chad to identify opportunities in energy stocks a couple months ago in our market outlook video.This was before high energy prices were in the headlines. It was also after many energy stocks had already made large moves. None of that mattered to Chad…As he explained in the video, energy stocks were in the right spot on the right screen, and that made them a buy.If you’d bought the Energy Select Sector SPDR Fund (XLE) on Chad’s recommendation on August 4, even with the recent pullback, you’d be up over 17%. If you traded call options dated out a few months, you could be up much, much higher.His approach is a lot like the cop in the shoulder of the highway, spotting speeding motorists. He identifies stocks traveling the fastest in the fast lane.After he spots the stocks, he can listen to their stories… But the story isn’t very important to him.Like the cop on the side of the road, Chad’s using the radar to do his job and his job can help all of us increase our wealth.

Get the Profit Radar Working for You

Right now, Chad has the doors open on a brand-new option trading advisory he’s calling Fast Lane Profits. In it, he shares two trades each week: on the fastest lane (the index set to break out and move faster than all the others) and on the fastest car (the stock within that index that’s set to make its own big move).

It’s easily the cleverest use of the Relative Rotation Graph I’ve ever seen. And it’s resulted in single-day windfall gains for his readers, as much as 109%, 137%, and even 246%.The thing is, Chad’s Fast Lane works best when it isn’t too congested with traffic. So he’s only taking on a limited number of subscribers to start, and a good chunk of those subscriptions have already sold out. When they’re gone, this opportunity comes offline.So if you’ve been on the fence about whether or not to join Chad on this new project, I encourage you to go here and hear the full story from the man himself.I guarantee you haven’t seen an options strategy like this before.Regards,

In our last mailbag, we heard from a reader who was starting their options trading journey a bit later in life. And after Mike Carr’s response, we were thrilled to hear from her once more…

Good Morning Michael!Thank you so much for your reply to my email. I really appreciate your honesty and how you help everyday Americans, especially the older Americans who are new to learning about the stock market.Since the beginning of May, I already have eight months of experience. Of course, I made a lot of mistakes and lost a little bit. But I don’t lose confidence in myself. After I read your email, I immediately signed up for Fast Lane Profits… And I probably will spend more time reading. I want to learn and I read all of your writing.You have a great day! God bless you and your family!Sincerely,Mimi

Thanks for writing in, Mimi! And congratulations on taking this next step toward building your wealth. There is nothing like active trading to get a grasp of the market, and we encourage you to continue reading our True Options Masters emails to continue your education.And for those of you who haven’t signed up for Fast Lane Profits, be sure to watch Chad’s presentation while it’s still online. Spots are going fast!

Chart of the Day:Caution Signs on aBeautiful Tech Chart 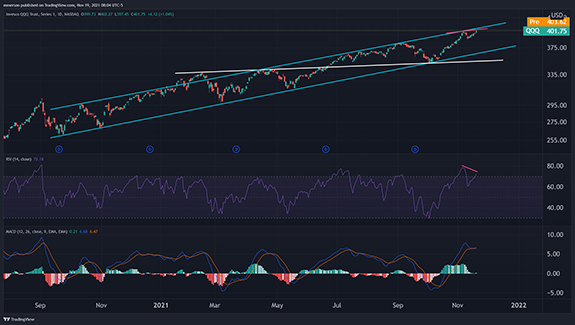 The Invesco QQQ Trust (QQQ) is one of the cleanest charts in the market right now…For most of 2021, QQQ has stuck dutifully to the blue uptrend channel above. Going all the way back to September 2020, the index has rarely strayed from this path. It broke above it for just a short time in February, before revisiting the bottom of the channel in an ugly sell-off.What makes this chart even cleaner is the white resistance line. It formed between the February and April sell-offs, and then acted as a second element of support at the beginning of October.Now, though, there’s plenty good reason to expect QQQ to take another trip down to the bottom of the channel.Volatility is pinched, as I pointed out in yesterday’s Chart of the Day. We’re seeing a clear bearish RSI divergence on the daily chart, as QQQ has made higher highs while the RSI has made lower highs. And the blue MACD signal line is perilously close to crossing through the longer-term orange line.I’m not predicting a major crash or anything, here. But this is yet another sign that stocks might not behave so jolly in the holidays as we’ve come to expect. Stay on guard, and look to trim some of your big winners if you haven’t already.Regards, 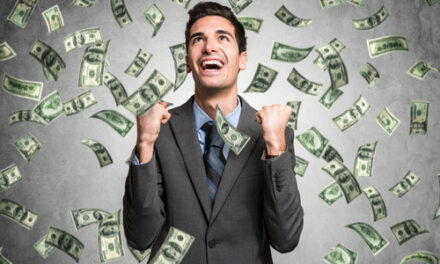