Now’s the Time for 3D Printing to Hand You Profits 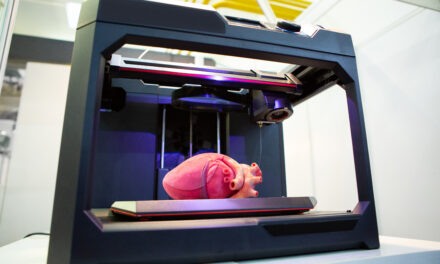 Today’s Take: Now’s the time to get in on the 3D-printing industry.

I have to say, I was thinking about it. It sounded like a really good deal.

Since he was little, my oldest son, Billy, was always into technology. Billy was able to program the VCR to stop flashing “12:00.” He also knew how to install AOL and get my computer connected to the World Wide Web.

So, when he approached me with this business proposition in 2008, I took it seriously.

A year earlier, Billy had talked me into trading in my Blackberry for an iPhone. Even though it didn’t have a keyboard, he sold me on it. And I’m glad I listened to him.

But now, he wanted me to partner with him to build an app. He tried to explain what apps were to me, but I just wasn’t getting it. Then, he showed me iBeer.

If you downloaded this app on your iPhone, it gave the illusion of pouring beer from your phone. And it quickly became one of the top selling apps on Apple’s App Store that year.

Billy started telling me how apps were going to be a big business. And when I started looking into it, I totally agreed.

Anybody could write code for apps. And it was easy to download them for free or for a small fee of $0.99 to $3.99. With just a few touches on your phone, the app was ready to use on your screen.

Not only would developers make money, Apple would, too. It was an amazing and easy way for Apple to leverage the iPhone and turn apps into a cash machine.

So, instead of being partners with him, I told Billy I’d lend him $5,000. If his app didn’t make money, he was on the hook for it. If it was the next iBeer, all the profits were his. He ended up declining my offer because he saw how competitive it was to create a must-have app.

Not long after, the app industry started to take off.

In the days of iBeer, no one really knew what to do with them. They were mostly focused on gaming or entertainment and business applications were slow to gain traction.

But consumers and businesses quickly realized you could use apps for much more than drinking a fake glass of beer.

Fast-forward to 2021. In a short time, we’ve gone from iBeer to a business run solely by an app: Uber, which now has a market cap of nearly $90 billion.

Today, many young app developers have become millionaires. The app industry is worth more than $170 billion, according to Grand View Research. And it’s expected to more than double to $366 billion in the next six years.

So, apps are a great example of an industry with a strong tailwind pushing it higher.

Now, I’ve had my eye on one industry that’s finally starting to go from its iBeer phase to its Uber phase. And my research is telling me the time is right for investors to seriously take a look at it…

The industry is 3D printing.

Put simply, it creates a physical object from a digital design file. It layers up materials like plastic or metal powder and fuses them together with lasers.

When 3D printers first came out in the early 2010s, there was a lot of hype. Back then, I couldn’t separate the hype from reality. It seemed like something that could only be used to melt plastic pellets into a Rubik’s cube in your garage. It was still in its iBeer stage…

It was a great idea in theory, but it wasn’t very practical or efficiently priced in those early days. Plenty of companies were promising big things, but they weren’t delivering. So, I held on to my wallet and didn’t invest a nickel in any 3D-printing companies.

But that doesn’t mean I stopped following the industry. Heck no! I’ve continued following 3D-printing developments over the past decade, and I’m blown away by how the industry matured.

And boy, has it grown since then. Today, 3D printers are now being used to:

Companies can make products in a much quicker time frame — and at a lower cost! For example, using 3D printing, manufacturers can create an entire jet engine in half the time and at a third of the cost.

There are now endless possibilities to use this game-changing technology. So, it could easily disrupt the $12 trillion manufacturing industry.

And just like the app market, we’ll see 3D printing not only transform the world around us, but also make some investors very rich.

A Special Situation: My No. 1 3D-Printing Stock

3D printing is riding the tailwinds of massive innovation.

And through my latest research, I believe this market is set to grow more than 8X in the next few years.

But this is just the tip of the iceberg. This is an industry that has catalysts that’ll drive some 3D-printing companies even higher than the rest. And I’ve identified one of them…

This company is at the heart of 3D printing. It has a rock-star CEO who has decades of experience in the manufacturing and 3D-printing industries. And since Wall Street is missing the boat on this opportunity, it’s trading at attractive prices right now.

It has everything I look for in an Alpha stock — plus an additional catalyst that should spark bigger and quicker gains.

I’m excited about this opportunity. That’s why I’m releasing all the details on how you could get in on it in my special presentation tomorrow at 4 p.m. ET. 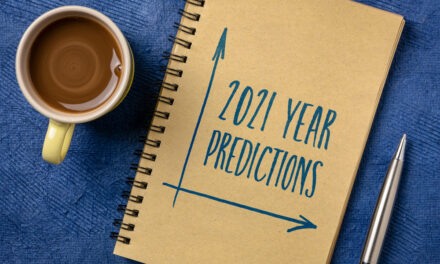