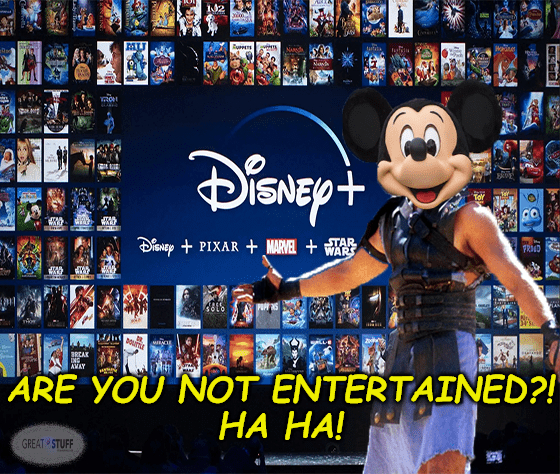 Great Ones, I just ran away from Netflix (Nasdaq: NFLX). Now I’m going to Disneyland.

I just watched the multiverse … I’m going to Disneyland.

I just flipped off Reed Hastings … I’m going to Disneyland.

I just tossed a fifth of bourbon … I’m going to Disneyland!

More to the point, do y’all remember when Netflix lost about 1 million subscribers?

I think we found them. Like the song says, they went to Disneyland … erm … Disney+, that is.

Walt Disney (NYSE: DIS) entered the earnings confessional recently and proved that it really is a small world after all … but I wouldn’t want to paint it.

The Mouse’s House blew the doors off earnings faster than a spinning teacup:

And an army it is. Disney+ now has more than 152.1 million subscribers (also more than Wall Street was expected), with another 22.8 million ESPN+ subs and 46.2 million Hulu subs.

It looks like we have a new king of streaming, Great Ones. And don’t forget … I called it.

Looking ahead, Disney expects to have about 215 million to 245 million subscribers by the end of 2024. Now, that’s down from Disney’s prior range of 230 million to 260 million, but the company has concerns about expansion in India with Disney+ Hotstar.

But never fear! The price hike we were all waiting for … nay, that we all knew would come sooner or later … is finally here. 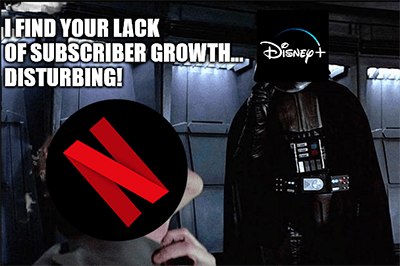 Furthermore, Hulu’s ad-free monthly subscription price is rising to $14.99 per month, with a $1 bump on the ad-supported tier.

Now, I’ll be the first to admit that rising prices at this point in economic time is not the best of ideas.

However, Disney+ was already dirt-cheap compared to major competitors like HBO and Netflix, especially considering all the content Disney+ has.

Furthermore, we all knew this price hike was coming. The Mouse built a low-cost, crack-filled streaming service, got us all hooked and is now raising the price. It’s an online people trap, built by a mouse.

The price hike will pay off for Disney — mark my words. Since this is Disney+’s first price hike, I don’t think many people will be all that mad, especially if they still get to watch all the Star Wars, Marvel … and Bluey they want.

Seriously, what is it with Bluey? My kids love that show.

Anywho, Disney is going so strong right now that the only ding analysts can levy against the company is the possibility of slowing theme park attendance. Given how well the upper-middle class is doing in the U.S. right now, I’m pretty sure that impact will be negligible.

There’s a reason why DIS stock is still in the Great Stuff Picks portfolio. This is a long-term buy-and-hold stock. Even with today’s 7% rally, DIS is still a buy if you don’t already own it. Disney is absolutely killing it right now.

America’s favorite investment is likely robbing you blind — and you don’t even know it.

Right now, up to $20 trillion in U.S. household wealth is being slowly eaten alive.

This has nothing to do with inflation. It’s a “silent killer” inside the U.S. financial system … and if you don’t prepare, it could cost you thousands (or more).

Veteran retired Lieutenant Colonel Michael J. Carr, U.S. Air Force, CMT, CFTe just blew the lid off the story — revealing how he’s using the same technology that helped him defeat the Soviets 30 years ago and re-deploying it to face this new crisis.

The Good: Off That Goose Right Now 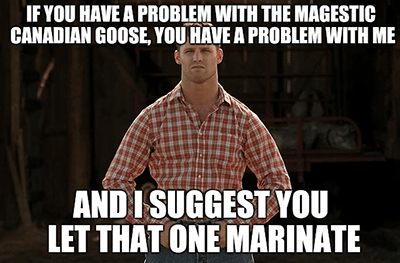 Trade for gains or shoot for fame — but we don’t need a reason!

Canada Goose (NYSE: GOOS) is on the loose and never out of season. And oh, what a season Canada Goose just had!

The purveyor of potentially pretentious parkas just reported bang-up quarterly figures that beat estimates all ‘round. Earnings came in at a loss of C$0.56 per share, which was about six cents ahead of targets. Revenue rose 34% year over year and reached C$69.9 million, beating expectations for C$62.8 million.

Canada Goose’s secret? It’s the jackeeeeeet! Oh, and also the semistability of the upper-middle class … i.e., the Goose’s main market.

With prices rising for basically everything, Canada Goose’s customer base is still able to take inflation in stride and in style. The company’s goose margins grew from 54.5% to 61.1% on the quarter, growth that analysts described as “sustainable” and “reaffirming.”

Goose also plans to open up new physical stores this fall, right in time for folks looking to upgrade their winterwear … and for so-called “influencers” to flex on social media wearing jackets they can’t afford to buy. It is what it is.

While analysts are thrilled that Canada Goose reaffirmed its revenue guidance for the year (at a time when so many other companies are lowering their expectations), I wouldn’t be too overjoyed just yet.

Well, take me to bed or lose me forever! I could’ve sworn there was a Maverick reference coming…

The Bad: Everything Is Blurrrrrrry 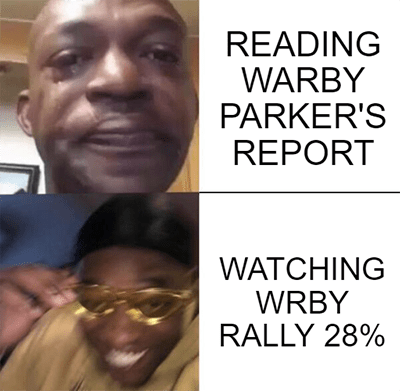 Warby Parker just released earnings, and if you thought the eyeglass store had investors seeing double before, just wait.

The pun game is weak today, Great Stuff. Go back to the Iron Maiden and Dada lyrics. But no Puddle of Mudd, please. Just no.

Wow, harsh much? Don’t hate on Puddle of Mudd, man.

By the numbers, Warby Parker appears to be right on track with Wall Street’s lowered expectations. Revenue reached $149.6 million and barely topped estimates for $149.5 million. And that’s the “good” news…

Warby doesn’t see the rest of 2022 going so hot either, joining the choir invisible of companies lowering forecasts. The company now believes sales will be between $584 million and $595 million, down from a prior estimate of $650 million to $660 million.

That’s where investors lost it and … wait … sent the stock up? A whole 28%?! What the heck, Wall Street?

The Ugly: Six Flags At Half Mast 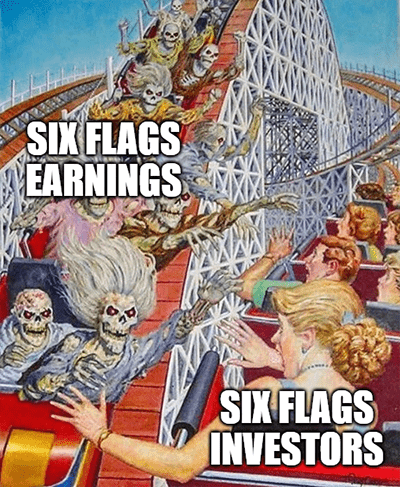 Seriously, are we not doing “phrasing” anymore?

Take that any way you want. But either way, Six Flags Entertainment (NYSE: SIX) investors aren’t too entertained after the company’s mournful quarterly report.

The theme park chain posted earnings of $0.53 a share, a far free fall from $0.81 a share this time last year — and waaay off from analysts’ estimates for $1.01 per share.

Sad thing is, this is far from the worst thing to happen at a Six Flags…

But what rustled Six Flags’ jimmies so much this past quarter? Does it have anything to do with the sharp 21.2% drop-off in theme park attendance? Yeah, I reckon that has a lot to do with things.

Mind you … attendance is only dropping at Six Flags, where it fell to 6.7 million and missed Wall Street’s target of 8.2 million. Over at Disney? Attendance is this close to 2019’s levels, and parkgoers are spending 40% more — per person!

So let’s get this straight. We’re in a weird post-pandemic funk right now where people are so … so … ready to go outside, bask in the sunlight and do that whole “having fun” thing again.

At the same time, Six Flags is usually seen as the default “cheaper” option for theme park goers living outside the Mouse’s reach. But now? Those budget ticket hunters aren’t even going to Six Flags. It’s Disney or nothing.

I know we only briefly mentioned Disney’s theme park revenue at the top, but jeeeeez, Six Flags! Maybe it’s time to get the dancing old guy out of retirement and fire up that Vengaboys mix CD again. SIX stock understandably cratered 22% today.

What’s your take on the Six Flags shebang, Great Ones? Are any of you surprised that Disney+ overtook Netflix? (I mean, you shouldn’t be, we’ve mentioned it a bazillion times now, but I still want to know … you dig?) 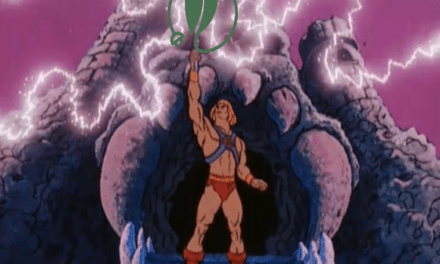 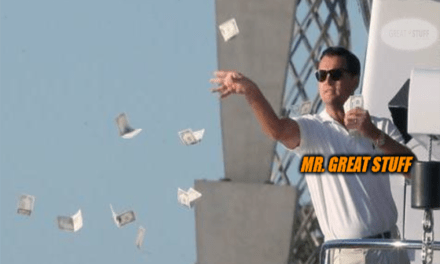