Millennials Will Fuel a Homebuilders Comeback

The past month has been brutal for stocks. But no industry has been hit harder than homebuilders.

In the past five weeks, the homebuilding exchange-traded fund (ETF) is down almost 20%, and some homebuilding stocks are down 30% or more.

Some of the fastest-growing housing stocks are down over 60% from their all-time highs.

A sell-off like this hasn’t happened since the real estate bubble burst. But market conditions now are far different than they were back then.

The biggest difference has to do with millennials. Compared to their parents and grandparents, millennials are at about a three- to five-year lag when it comes to buying houses.

That can be chalked up to things like the tough job market over the past 10 years and high student loan debt.

There’s also been a big move of millennials into cities. And the cost of renting a city apartment really slows down someone’s ability to save up for a house.

But now, millennials are starting to catch up to the rest of the market. And there’s a lot of making up to be done: Right now, only 36.5% of millennials own homes.

This leaves so much room for growth in the future. 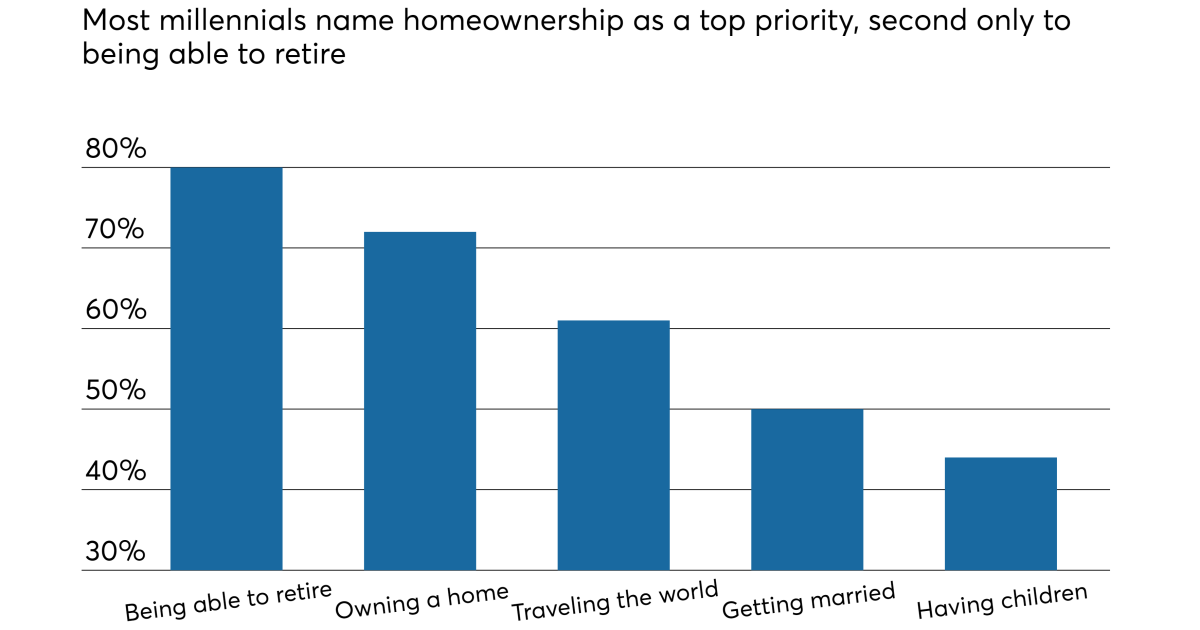 For example, 69% of baby boomers own homes. That means to catch up, the number of millennial homeowners could potentially double as the economy continues to improve.

And with over 75 million millennials in the U.S., that means there will be huge demand for homes going forward.

It’s also important that new home sales are surging. That means there’s more business for homebuilding companies, thanks to millennials.

The bottom line is, despite the negativity surrounding the housing market, it’s still incredibly strong. And with the surge of millennial buyers, it’s likely that the strength will continue and we will see the homebuilder sector come back strong.

A great way to invest in this trend is by buying the SPDR S&P Homebuilders ETF (NYSE: XHB).

76% of Americans Are Renovating vs. Selling