Home » Technology » Driverless Cars and Other Bold Predictions for 2021

Driverless Cars and Other Bold Predictions for 2021 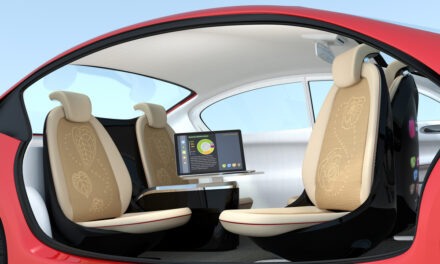 It’s hard to believe, but the year that has seemed like it would never end is entering its final month.

In 2020, the best strategy has been to expect the unexpected.

If you would have told me that a snake/bat virus that originated in a Chinese wet market would kill over a million people, ground us in our homes and cripple the global economy — I would have told you that the recreational weed you were smoking probably wasn’t legal yet.

And if you’re in Arizona, Montana, New Jersey or South Dakota — states that recently voted to legalize marijuana — I would have been wrong about that too.

Let’s put that behind us and look into some predictions for 2021.

Before I get into my 2021 predictions, I want to quickly look back at some predictions I made last year to see what I got right and what I got wrong.

When I took a look at my 2020 predictions, I noticed I got a lot of things right. But I might have underestimated how far those actual predictions would go.

I thought Jerome Powell and the Federal Reserve would be on hold all year, with the risk of a rate hike leading to a “You’re fired!” tweet.

Not only has the Fed been on hold, but it has added $3 trillion to the economy, inflating assets from houses to shares of electric vehicle companies to cryptocurrencies.

And it doesn’t plan on stopping anytime soon.

I believed stocks would “melt up” in 2020 on easy Fed policy. I just didn’t think they’d suffer a 40% pullback (the buying opportunity of a lifetime) before staging one of the greatest nine-month runs in stock market history.

I said the S&P 500 Index would go to 3,600. It’s trading around there today, and the Fed has been easier than I thought.

I thought the market for mini-IPOs (initial public offerings) would take off with the proliferation of crowdfunded Regulation A+ offerings.

Mini-IPOs have taken off, but it happened in the special purpose acquisition company (SPAC) market instead.

I predicted Tesla Inc. (Nasdaq: TSLA) would run to $1,000 a share as Wall Street suddenly realized the electric future.

I said bitcoin would add another 50% on the halving cycle.

It went up 50% on the halving, and then doubled again when institutions showed up and PayPal unveiled crypto trading for its 350 million users.

I thought Congress would pass regulations on self-driving cars.

I made the obvious mistake of expecting Congress to do something useful. (Self-driving cars are still on the way, congressional approval or not.)

I predicted that President Donald Trump and Chinese President Xi Jinping would agree on a monumental trade deal.

While this didn’t materialize, both the U.S. and Chinese markets have had banner years, considering what they were up against.

Lastly, I thought the Chinese would use CRISPR gene editing to start making superhumans.

I don’t know if they made superhumans, but they definitely unleashed biowarfare on the rest of the world.

And with that, let’s go over what will come to fruition in 2021…

The economy comes roaring back as the vulnerable population lines up at CVS to get poked with COVID-19 vaccines.

A new stimulus plan and pent-up demand for travel and recreation send unemployment below 6% by June.

The economic snapback causes investors to emerge from the safety of their Treasury holdings. The U.S. 10-year rate finishes the year above 2%.

The bears gnash their jowls about inflation, but rates are still historically low and the stock market party continues.

Powell stays as head of the Fed and, as promised, keeps the Jacuzzi-sized punch bowl out.

Low rates, millennials moving from cities and a lack of housing supply lead to one of the best years for real estate developers since 2006.

The bears worry about a housing bubble. But if there are bubbles everywhere you look … are they even bubbles?

Investors awaken to the future role of cryptocurrencies as the base layer for our digital world, and Ethereum triples to $2,000.

A mania ensues in stocks that benefit from the driverless future.

The renewable energy revolution is in full swing as the U.S. leads the way toward a renewable future.

All articles in this new media venture are written by artificially intelligent robots, although the word choice is somewhat suspicious.

(Perhaps what you’re reading out there is already?)

2021 promises to be a busy year. But don’t worry. We’ll be there with you every step of the way. 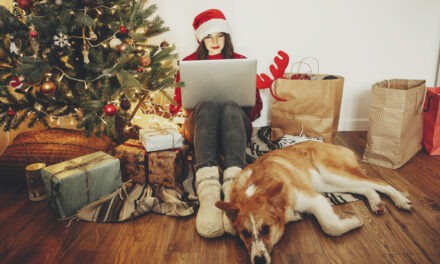 Poll: Have You Already Started Your Holiday Shopping? 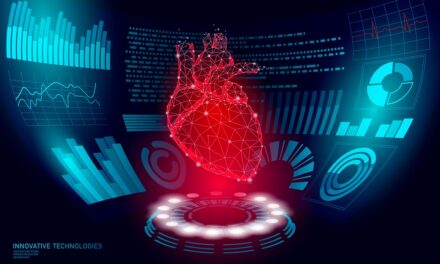 Profit From Biotech Innovation in 2021