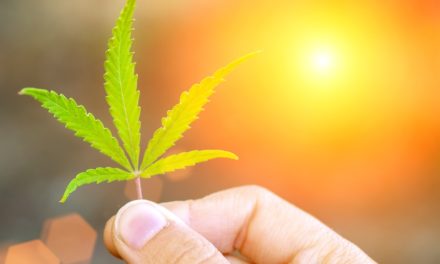 When people ask me if they missed the boat on cannabis stocks, I just laugh. They all point to the big runs that already happened. Clearly, they think the best gains are behind us.

But that’s not true.

Everybody wants to go back in time to buy cannabis stocks such as Cronos Group Inc. or Hexo Corp. as penny stocks. We know that’s impossible — but making huge gains on these stocks isn’t.

The truth is, buying them now is fine.

We are going to make a lot of money in cannabis. If you don’t believe me, just look at the history of energy drinks. It’s a similar market and it produced spectacular gains.

Read on to learn more about how you can profit from this market.

Energy drinks generated $50 billion in sales in 2018. These are new(ish) alternatives to an espresso in the afternoon. Red Bull, Monster Energy and Rockstar Energy Drink are among the most popular brands.

These alternative beverages exploded in popularity in the early 2000s. And they are the model that shows cannabis will do the same.

Just look at this chart of Monster Beverage, the maker of the popular Monster Energy brand: 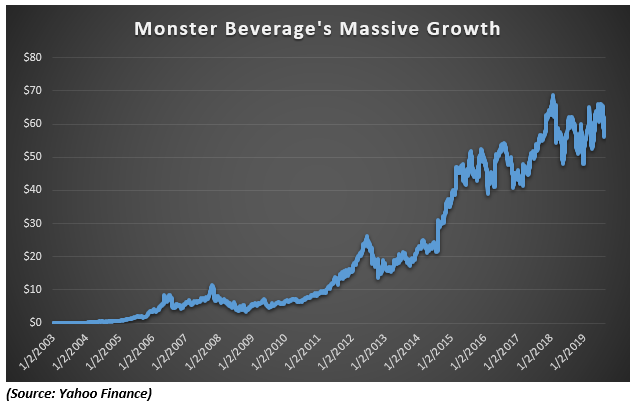 This chart shows just how big cannabis companies can be.

I’m sure that back in 2006, there were folks who didn’t buy because they missed Monster at $0.35. They looked at the chart and lamented not buying it at $0.20 … clearly, they thought they had missed the boat.

My point is, cannabis is a brand-new market. Remember, it has only been legal in Canada since October 2018 — that’s less than a year. These stocks are just building out sales and brands. There is a long way to go.

So don’t get hung up on where the stock was a year ago … just remember Monster Beverage. There are huge gains out in front of us.

My colleague Anthony Planas wrote about the three markets the cannabis industry will disrupt. And he also talks about the lucrative opportunities we can find in this sector.

In my Real Wealth Strategist newsletter, I watch companies in this industry. There are several that have massive potential, even now.

Readers just got our most recent pick in the cannabis industry. It’s a company that will become the world’s leading producer, and it will make investors big money.

Click here to learn more about how you can join us on these trades. 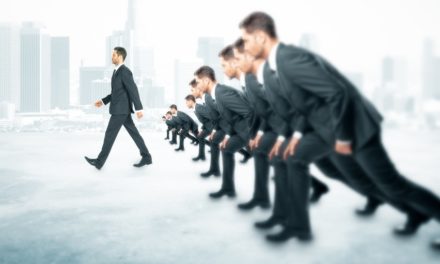 Stay 1 Step Ahead With Seasonality by Investing in Transportation