How to Grab Gains From the Inverted Yield Curve 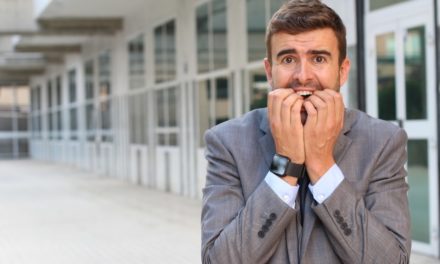 That’s when yields on short-term Treasury notes, bills and bonds rise above those on longer-term notes.

It typically signals a lack of faith in the economy — at least in the short term.

Investors may look to park their money in long-term notes when they think a recession is near.

Now, it’s true that the inverted yield curve has predicted some of the deepest market plunges in history.

It signaled the recession that hit President Ronald Reagan’s first term. It also foreshadowed the financial crisis of 2008.

Investors are worried they’ll soon see an unwanted sequel to those grim events.

And the Federal Reserve’s annual meeting in Jackson Hole, Wyoming, this week only added to their fears.

This is the first Fed meeting since its quarter-point interest rate cut in July.

While the U.S. markets expected another cut, the presidents of the Kansas City and Philadelphia Feds told CNBC that they don’t see a case for additional rate cuts.

It had an immediate effect on Thursday’s trading.

The markets saw another inversion between the yield on two-year and 10-year notes. Though the spread shot in and out of negative range throughout the day, the move signaled dwindling faith in a near-term pop.

In the past, the Fed’s decisions have prompted President Trump to say the only problem with the economy is “Jerome Powell and the Fed.”

It’s true that the Fed has drawn ire from fiscal watchdogs over the past year. Many hoped for steeper rate cuts to prop up what they view as a slowing economy.

The headlines will keep broadcasting fears of a sharp downturn.

But there’s one key factor they’re all leaving out…

You see, analysts are like cicadas. They sound a constant, high-pitched note of warning with any change in the markets.

But all that noise doesn’t affect the fundamentals. Every market presents unique opportunities for profit.

Chad recommended selling puts on stocks to profit from the recent volatility. He even told you about how some of his recommendations surged 100% as the markets shaved off profits.

Today, the markets present even more opportunities for bullish trades to surge in the long term.

You see, the headlines are missing one point about this market pattern. And Chad recommends one strategy you can use to capitalize on it:

The inverted yield curve is something to pay attention to.

While there are some holes to poke in its track record, it’s still an early warning for a recession.

But here’s the thing — the recession typically hits almost two years after we see this pattern.

That means there’s still plenty of time to make huge profits. The S&P 500 climbs over 10% on average in the 12 months after the yield curve inversion. And once a recession begins, we’ll continue profiting from bearish trades on the markets.

But for now, it pays to remain bullish by grabbing call options on stocks set to surge in the coming months.

Chad’s system tracks how stocks move after earnings. Once he knows a stock is set to move, he sends his readers an alert. And from there, they can see their trades rise anywhere from double digits to more than 200%!

His readers have ridden recent market surges to unprecedented gains. In a first for the service, they grabbed total gains of 1,386% on six trades — in just one day last year!

He explains more about his call-trading strategy, and why he doesn’t expect a recession until 2021, in his most recent YouTube video.

You can check it out below.

He tells us he has even more bullish stock plays in store for 2019. If you’re interested in finding out more, just click here.

We’d like to hear from you! Have you made any trades that paid off during the recent market turmoil? Reach out to winninginvestor@banyanhill.com to let us know!

Watch the video below to learn more.

And Charles Mizrahi explained why the panic sellers are making a huge mistake. He thinks the inverted yield curve won’t signal a recession this year. And he says now is the time to buy!

You can learn more by watching the video below.

Read on to see the topics all of our experts are following this week.

Last Wednesday, the yield curve inverted. This could indicate the end of the 10-year bull market we’ve experienced. While a recession threatens most sectors, history has shown that some sectors flourish during one. Anthony Planas talks about what a recession may bring for the young and growing cannabis sector. (3-minute read)

Last Wednesday, yields on U.S. Treasury bonds inverted. Investors see this as a bad sign for the economy. News headlines promote gloom and fear in the stock market. But Chad Shoop knows it’s not time to fear — it’s time to profit from the dip in stocks. (4-minute read) 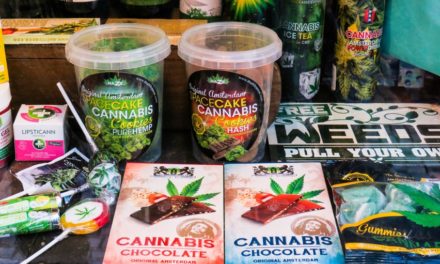