Once again, we are in that time of year called earnings season. If it seems like we spend a lot of time in this season, it’s because we do. About half of all trading days fall within one of the four quarterly reporting periods.

This time, companies are reporting results for the second quarter. So far, we’re off to a good start. With reports from about 5% of companies in the S&P 500 in, 78% have beaten earnings expectations. On average, over the past five years we saw about 68% of companies beat estimates.

We are working with a small number of companies, but there are some interesting facts in the data. In calls with analysts, 61% of companies warned that the strong dollar is a cause of concern.

As the chart of the Dollar Index below shows, their concerns deserve some consideration. 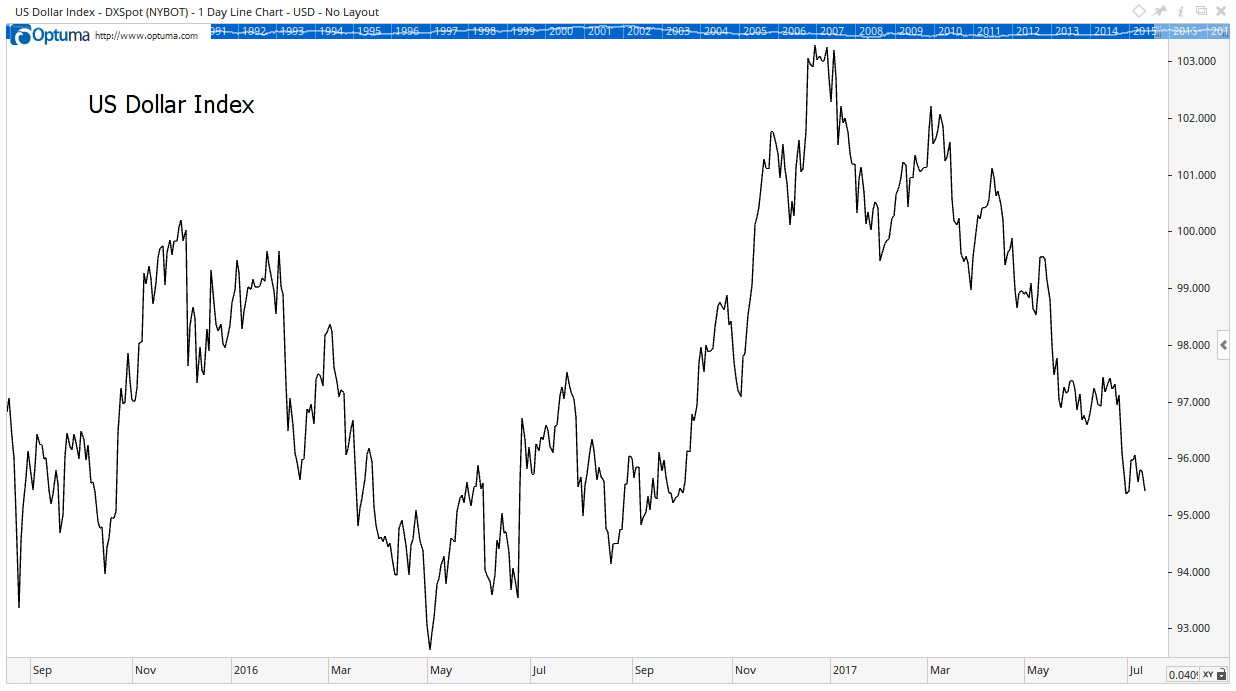 This chart shows that the dollar is moving down, not up.

The dollar is down 1.2% compared to a year ago and 7.6% below its December high. The chart tells us the dollar is weak. Yet the CEOs of AutoZone, Costco, Constellation Brands and McCormick, among others, expressed concern about the dollar.

CEOs might be trying to manage expectations. Analysts expect a strong quarter with earnings growth of 6.5% compared to a year ago for companies in the S&P 500. If analysts are right, then even with relatively strong growth of 6.5%, the stock market is expensive.

Combining forecasts with the actual results of the past three quarters, we should see a trailing 12-month earnings per share of $125.19 for the S&P 500 Index. Earnings are weighted by the companies’ relative sizes, with large companies carrying more weight. At that level of earnings, the S&P 500 is trading with a price-to-earnings (P/E) ratio of 19.5. 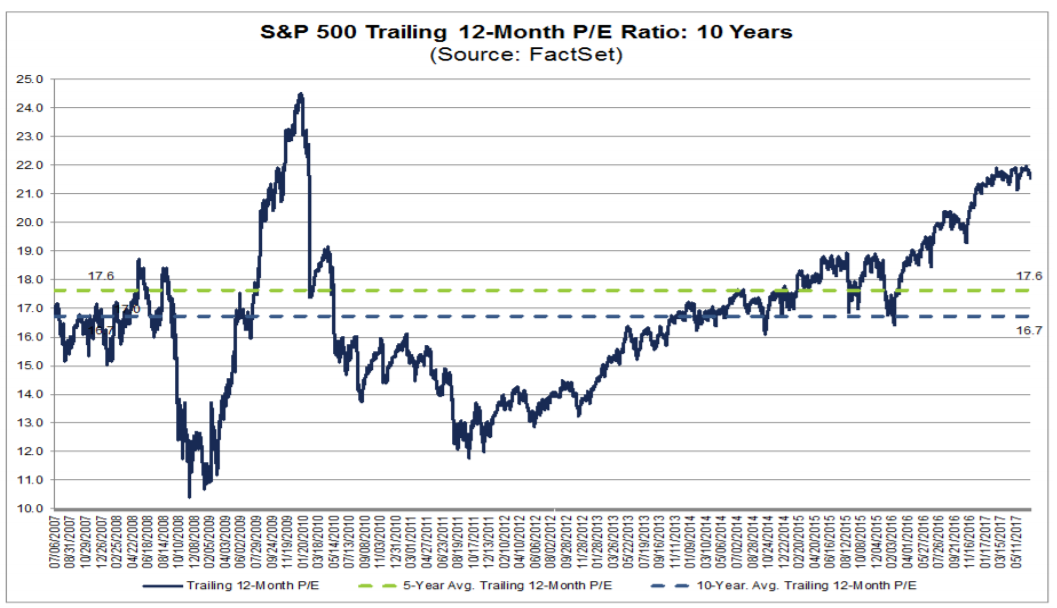 Assuming that companies perform at least as well as expected, the S&P 500 could still be considered overvalued. Compared to the long-term average P/E ratio, the index is overvalued by 11% to 17%.

This doesn’t mean the stock market will go down. But it does indicate we are vulnerable to a decline. If prices start falling, it is likely that some large-fund managers will take profits in overvalued stocks. That could lead to more selling and a cascading decline in the market.

CEOs are aware of this, and they seem to be doing all they can to avoid blame for a decline in their stock. Warning of a strong dollar when the dollar is falling is an interesting way to shift blame.

But you can’t really blame the CEOs. They want to maintain their paychecks even if individual investors suffer large losses holding their overvalued companies.

Trump Is Teeing Up the Next Financial Crisis