Home » Investing » Bonds » Like All Bubbles, This One Will End Badly

Stock market crashes always seem to come out of nowhere. But, in hindsight, we realize that all the elements for a crash were in place months before prices fell. There will, of course, be another crash, and we can already see many of the black swans lining up to cause the crash.

A black swan is a rare event that no one seems to be able to predict. It could be a housing crash after prices soar to unsustainable levels and are propped up by lax mortgage-underwriting standards. Or a black swan could be a surge in inflation or a geopolitical crisis.

When we study the black swans after the fact, they seem obvious. There were clues, but investors ignored the clues because they were caught up in “irrational exuberance.” Sometimes, investors can remain irrational for years. That’s what happened in 1996, the last time Alan Greenspan issued a warning.

Greenspan was chairman of the Federal Reserve at the time. He famously asked: “How do we know when irrational exuberance has unduly escalated asset values, which then become subject to unexpected and prolonged contractions as they have in Japan over the past decade?”

Analysts at the time thought Greenspan was warning of a stock market bubble. He was, but the bubble lasted until early 2000, and the S&P 500 more than doubled before the bubble popped. Internet stocks recorded even bigger gains.

This time, Greenspan thinks we’re in a different kind of bubble…

The Bond-Market Bubble Will Burst

For now, Greenspan thinks the stock market is in good shape. But he believes higher interest rates will cause a bear market someday.

Greenspan recently spoke to Bloomberg and confirmed what almost everyone who isn’t in the Fed believes: “By any measure, real long-term interest rates are much too low.”

“The real problem,” he said, “is that when the bond-market bubble collapses, long-term interest rates will rise. We are moving into a different phase of the economy — to a stagflation not seen since the 1970s. That is not good for asset prices.”

Many of us are too young to remember what the stock market was like in the 1970s. The chart below shows Greenspan was right. It was not a good time for asset prices, and investors suffered large losses. 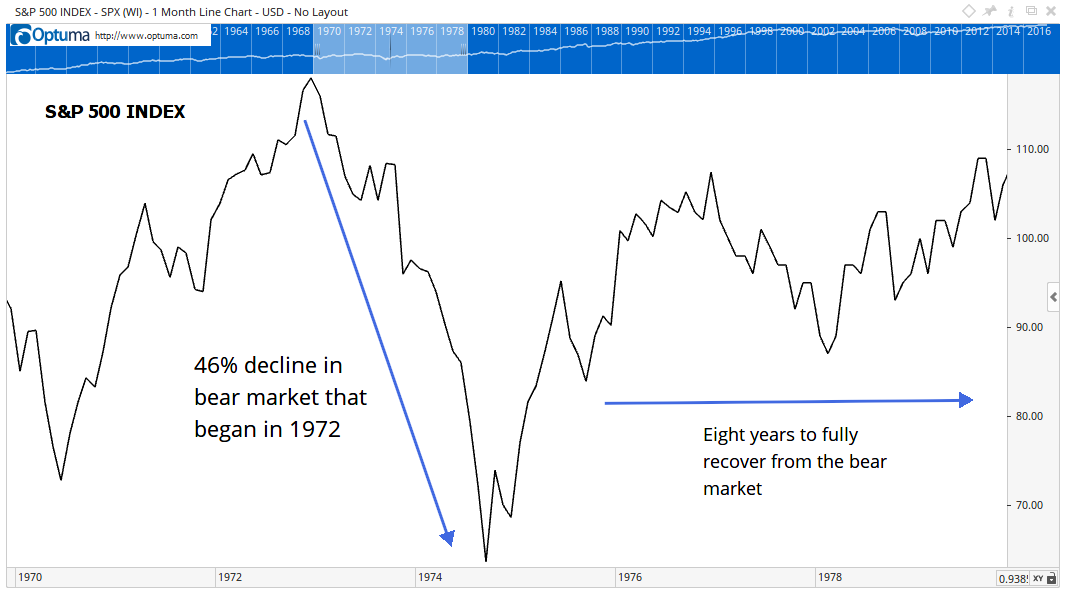 The early 1970s was a time of relatively low inflation. The annual change in the Consumer Price Index is the red line in the chart below. The blue line shows the interest rate on 10-year Treasury notes.

Inflation jumped suddenly in 1973, and the Fed was slow to react. It kept interest rates too low for too long, and inflation roared toward 15%.

Eventually, the Fed raised interest rates and broke the inflationary spiral. But consumers endured high unemployment and high inflation while the Fed learned to battle inflation.

Maybe this time is different, and the Fed won’t allow inflation to accelerate. But that seems unlikely. We already have half of the stagflation formula in place with a stagnant economy.

Greenspan is warning that an unexpected spark will set off inflation. He’s probably right, because the Fed is in uncharted territory and has created a bubble in bonds. The bubble will burst … we just don’t know when. We do know, as Greenspan notes, that that will not be good for asset prices. 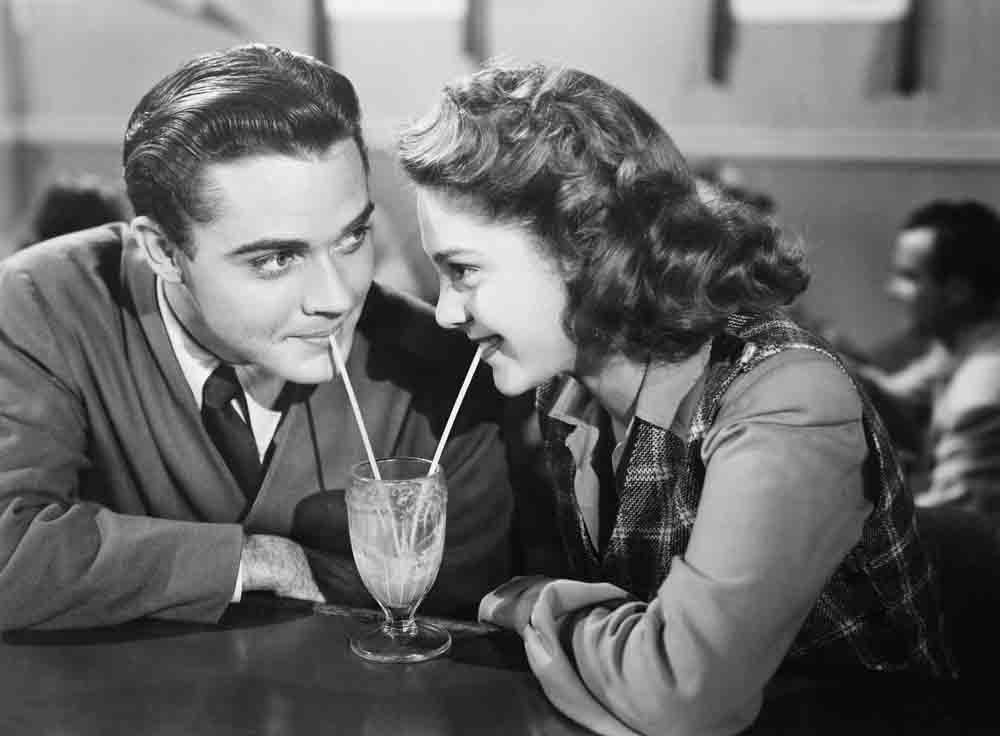 Are the “Good Ol’ Days” of the Yield Curve Ever Coming Back?