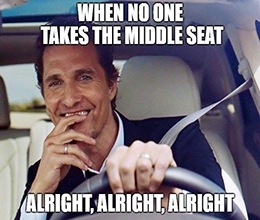 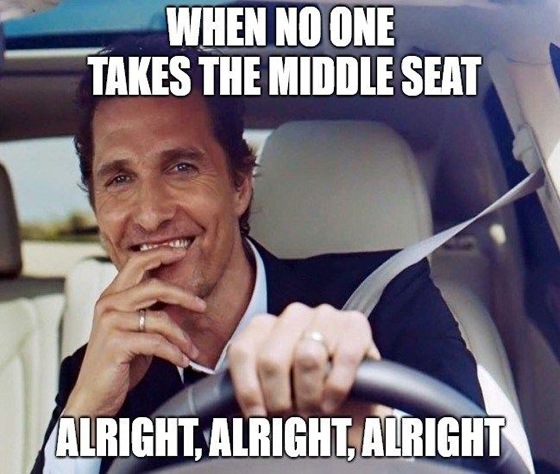 Spread Your Wings and Fly Away

It was an interesting Monday, dear reader.

COVID-19 infections hit 10 million, and deaths passed half a million.

But Wall Street overlooked most of those seemingly critical reports. It had its eyes on the skies. Led by aerospace giant Boeing Co. (NYSE: BA), the Dow soared more than 450 points. The rest of the market was seemingly dragged into positive territory by sheer force of will.

You see, Boeing’s 737 MAX nightmare may be close to an end. The Dow component received approval from the Federal Aviation Administration (FAA) to begin test flights on the 737 MAX this week.

The plane has been grounded for months due to fatal crashes in late 2018 and early 2019, sending shockwaves across Boeing’s supply chain and the airline industry.

Boeing already restarted production of the 737 MAX last month, but it still needs the FAA to sign off on the aircraft before it can truly start churning them out again.

Now, I’d like for this to be a rosy tale with a happy ending, but there’s a dark lining to this positive Boeing news…

Just as Boeing edges toward launching the 737 MAX back into the skies, U.S. trade representatives announced the possibility of $3.1 billion in tariffs on imports from the U.K., Germany, France and Spain — including certain helicopters and aircraft. (See a problem yet? I too, am in the future.)

For Boeing, this means potential tariffs on critical turbofan engines used in its 777 and 787 Dreamliner aircraft — those parts are made by British company Rolls-Royce Holdings Plc. (OTC: RYCEY). And you can bet today’s Boeing boosters haven’t accounted for two more supply chain disruptions, of one pricey kind or another.

Leave it to the markets to gloss over this juicy little tidbit in favor of another feel-good rally!

Be aware: The tariff story (or the COVID-19 story or the Chesapeake story, et cetera…) isn’t dead just because Wall Street overlooked quite a bit of negative news today. These reports will factor in … eventually.

Frailty, thy name is Wall Street.

For a solid rally, gold’s your best shot. (Hey, it’s almost like Great Stuff has shouted this out too — as gold tripled the return of the S&P 500 Index and Dow over the past year.)

But instead of buying gold coins, exchange-traded funds or bulky bullion, one little-known investment could give you up to NINE TIMES more profit during the rally. 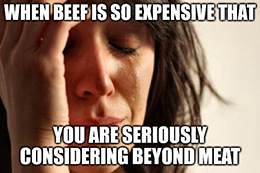 Looking for a deal on not-meat juggernaut Beyond Meat Inc. (Nasdaq: BYND)? Well … today’s your day!

The nearsighted analysts over at Barclays just double downgraded BYND from buy to sell. Their reason for this unusual move? (I mean, double downgrades just don’t fall from the sky on the regular.)

Barclays cited a rebound in meat production and headwinds at restaurants due to coronavirus closures. Both of these reasons are highly suspect — especially for long-term investors.

First, beef may be showing up more regularly in supermarkets across the country, but prices remain through the roof. At House Hargett, we haven’t bought beef in months due to high prices … and while pork is cheaper, pork burgers just don’t taste the same — even if you close your eyes. In fact, high beef prices have nonmeat-resistant Mrs. Hargett considering Beyond Meat at this point.

Second, restaurant pressures from COVID-19 are temporary. And, if anything, stubbornly high beef prices will make Beyond Meat and other nonmeat offerings more attractive to cost-sensitive restaurateurs.

Finally, if you’re investing in Beyond Meat for short-term gains, listen to Barclays. It does have a point. But, if you’re looking for greater rewards down the road, selling BYND here is not the right move.

In fact, today’s 10% sell-off is a buying opportunity … especially for Great Stuff readers who missed out on BYND when we recommended it back in October 2019. 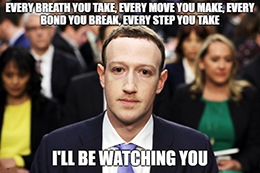 Remember when Facebook Inc. (Nasdaq: FB) said that it “won’t make policy changes tied to revenue pressure?” Well, funny story about that … it did.

Since that denial in the wake of Verizon Communication Inc.’s (NYSE: VZ) decision to pull ad dollars, a veritable flood of companies suspended advertising on Facebook. Unilever, Diageo, Levi Strauss, Procter & Gamble, Starbucks and Coca-Cola have all suspended advertising with the social media giant.

In total, more than 150 companies have joined in on the Facebook advertising boycott. Their aim? To get the social media firm to contain hate speech and misinformation on its platform.

Over the weekend, CEO Mark Zuckerberg said the following in the company’s weekly meeting:

We will soon start labeling some of the content we leave up because it is deemed newsworthy, so people can know when this is the case. We’ll allow people to share this content to condemn it, just like we do with other problematic content, because this is an important part of how we discuss what’s acceptable in our society … but we’ll add a prompt to tell people that the content they’re sharing may violate our policies.

So, Facebook knows which posts violate its policies, but it allows those to be shared anyway? That doesn’t seem like much of a response, nor does it address advertisers’ issues.

Analysts downplayed the growing boycott. According to BMO Capital Markets, Facebook has more than eight million advertisers vying for ad space. “We don’t expect the revenue impact to be material at this stage.” Phew, good thing you can get by without revenue from major revenue sources, I guess!

The good news for FB investors is that BMO is probably right. Facebook still hasn’t faced any repercussions from Cambridge Analytica. There’s no reason to think that the current boycott will have any lasting repercussions either. 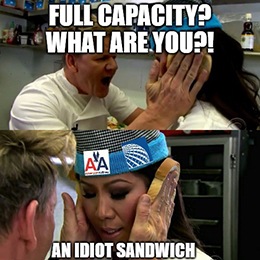 How bad are you itching to stretch those locked-down legs of yours? You know, get out there in the open skies and just dive headfirst into the risk vs. reward of contamination — i.e., summer travel season.

If no silly virus is going to hold you back from flying cross-country this summer, you’re in luck! Both United Airlines Holdings Inc. (Nasdaq: UAL) and American Airlines Group Inc. (Nasdaq: AAL) are lifting capacity restrictions on flights, the latter airline going full-sale on July 1.

Granted, if you ask United, it “originally said it was limiting advanced seat selections” but now claims “it never put a cap on capacity or blocked middle seats.” Make of that what you will.

At the same time, Southwest Airlines Co. (NYSE: LUV) got upgraded to a first-class “buy” as Goldman Sachs Analyst Catherine O’Brien flip-flopped, switching from bearish to bullish on LUV and lifting her price target.

For the sake of comparison, both Southwest and Delta Air Lines Inc. (NYSE: DAL) have capped how many open-cabin seats they sell for the sake of social distancing. (Though we all know you’d still end up with that guy’s rancid feet creeping around your headrest…)

The point here is that DAL and LUV are the ones you want to invest in. AAL and UAL will sacrifice consumer sentiment from the health-conscious folks for short-term gains. For what it’s worth, all four major airlines were up with the day’s broader rally anyway. ¯\_(ツ)_/¯

Our Monday visuals are brought to us by Visual Capitalist, reporting on the dramatic changes in pre- and post-pandemic ad spending.

Trust me: You don’t need to care about marketing to feel the effects of what you’ll see in this chart. The advertising world — with all its data-mining tentacles — touches each and every one of us internet explorers and media absorbers.

Now, with recent Facebook news in mind, this chart comes with a heavy yet interesting caveat. First, let’s take a look: 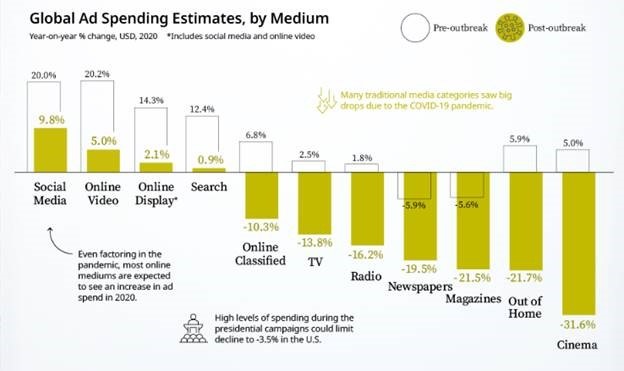 All those old-fashioned newspapers and magazines losing business before COVID-19? You bet that only accelerated … and it would’ve crapped out with or without the Buffett dump-a-thon.

The steady “chugga chugga” of diminishing returns in the TV and radio space? Dashed! Gone in a flash. How many people cut the cord and went digital with the lack of new cable shows?

Oh, but in the doldrums of cable and print ads came our friendly big brothers to dish us up a heavy dose of ads across all the social platforms and web hotspots.

At least … until this weekend.

Now, Visual Capitalist’s data came out last Tuesday … and the one reason why we’re bringing it up today is to watch and see just how far down the ad-spending boycott rabbit hole goes. We may very well be looking at a “chart made seconds before disaster” kind of scenario.

Have you decided to disconnect from social media — be it to boycott or just get some mental breathing room? (How’d ya do it?!) Or has the retina-frying blue light box taken hold of your waking life? Let us know!

Seriously, share your virtual summer break or your social media addiction. We’d love to talk about it in this week’s Reader Feedback column! GreatStuffToday@BanyanHill.com is our handle, by the way.

Thank you for tuning in to another week of Great Stuff! We hope all is well in your star sector of ‘Stuff space. And if it’s not, let us know. Ramble on with your thoughts on the market, your local community’s re-opening and re-closing musical chairs or the pitter-patter of airline banter.

Drop us a line at GreatStuffToday@BanyanHill.com anytime.

And if that doesn’t fit your fancy, float your goat or butter your toast…

Have you checked out that whole gold rally thing? No?! According to expert Adam O’Dell, one indicator he watches predicts this gold bull market so reliably, he believes you could set your watch to it. Click here to make sure you don’t miss out on golden returns that could truly change your life. 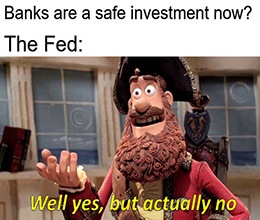 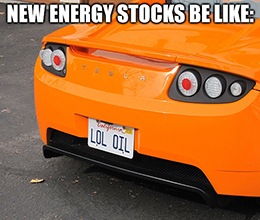