Investors often have plans. One popular plan is to buy and hold.

There’s not much to explain about this plan. It’s as simple as it sounds.

The investor buys and ignores the market action. They hold on through bull and bear markets. Eventually, they become rich by doing nothing.

It’s a simple plan, but it doesn’t always work. Most plans don’t work as expected anyway.

Before World War I, the chief of staff of the Prussian army noted: “No operation extends with any certainty beyond the first encounter with the main body of the enemy.”

The idea is that armies don’t follow plans when the enemy counterattacks. The counterattack creates confusion and changes the shape of the battle.

The boxer Mike Tyson offered a simpler description of the problem. Tyson noted: “Everyone has a plan until they get punched in the face.”

Whether you’re planning for war, a boxing match or a long-term investment, it’s difficult to stick with the plan. We know that from data.

Investors Don’t Stick to Their Plans

Over the past 20 years, many investors planned to buy and hold. But they didn’t plan on there being two bear markets.

Based on the data, we know many sold when faced with 50% declines. Because of that, average investors earned only 29% of the returns of a buy-and-hold strategy. 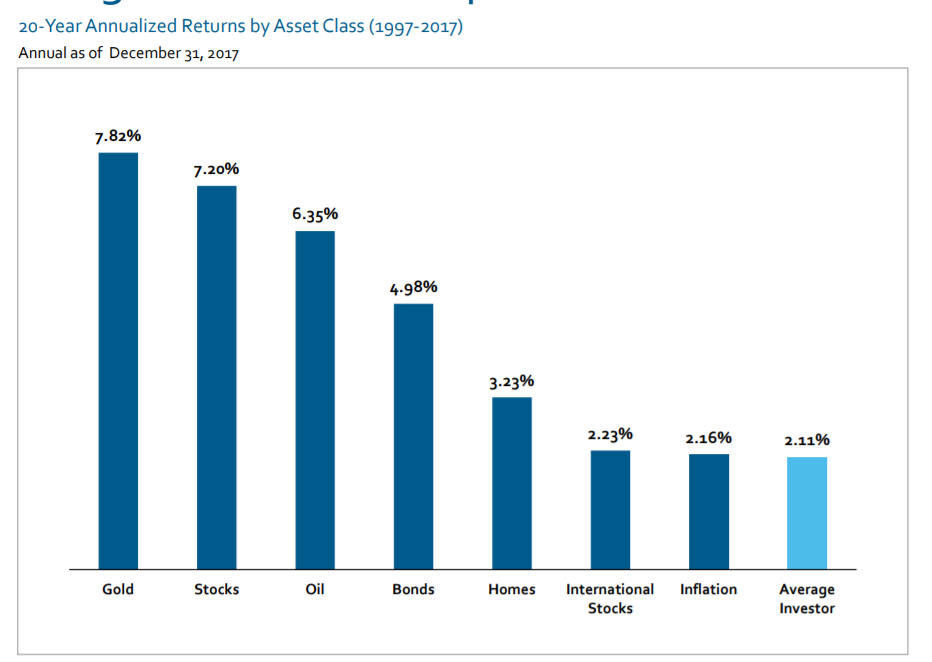 One reason the average investor fared so poorly was because they sold in a bear market. But that’s just the first problem.

Hidden in the decision to sell is the requirement to make another decision about when to buy. After a bear market, buying is difficult.

The CBOE Volatility Index (VIX) measures the volatility of the S&P 500 Index. When prices fall, the VIX rises. That’s why it’s often called the fear index. Fear and falling prices go together.

Many investors freeze in the face of fear. They watch prices rally and wait for a pullback. Or they convince themselves the rally won’t last. There are many reasons buy-and-hold investors fail to get back into stocks after a bear market.

When they sell, some may even determine when they will buy back in. But these investors already broke their buy-and-hold discipline by selling. Many won’t have the discipline to follow the new buy rule they made up in the spur of the moment.

The results are clear from the chart above. The average investor fails to get back into stocks, no matter what they tell themselves when they sell. This can destroy retirement plans in the long run.

In Good Times and Bad

Now, this is all avoidable. An investor should pick a strategy they will follow, in good times and bad.

It’s important to remember that buy and hold is only one strategy. It’s probably not the best strategy.

Remember, buy-and-hold investors lost 55% in 2008 and 2009. There are certainly better strategies for investors.

Executives Are Buying Shares of Their Own Beaten-Down Stocks