Amazon’s $1 Trillion Playbook: How to Buy the Next Market Disruptor 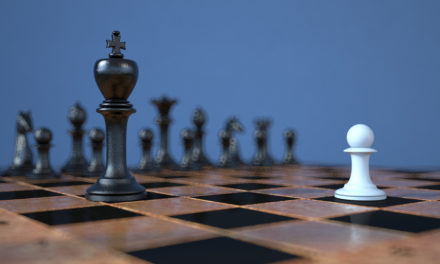 At 30 years old, he left his job at a hedge fund to follow his dream.

While he drove cross-country from New York to Seattle, Washington, his wife jotted down his business plan.

When they got to Seattle, they started their business out of a garage.

He told early investors there was a 70% chance the business would fail. But his parents invested $300,000 into his new venture anyway.

They believed their son when he said the internet would overtake his competition.

Just a little more than one decade later … his prediction came true.

But it didn’t stop there.

The company’s gone on to cast doubt over every street-based store due to its success.

In fact, Amazon reportedly closed more shop doors in 2017 than the Great Recession of 2008.

But national retail chains handed Amazon an automatic win when they chose not to get online.

Sears is a prime example of a competitor that missed the boat.

The national retailer revolutionized shopping in the 1880s by starting the first mail-order catalog.

Shoppers could browse the Sears catalog and send in their orders through the mail, all from the comfort of their own homes.

And yet the top brass failed to see the next huge opportunity in online shopping during the ’90s.

Amazon didn’t just eat its lunch. It put Sears out of business.

Sears filed for chapter 11 bankruptcy on October 15, 2018. That was just a couple of weeks after Amazon celebrated reaching a $1 trillion valuation.

The battle between Amazon and Sears is as old as time. It’s the same battle as David and Goliath.

On one side, you have a man on a mission. On the other, you have a lumbering giant whose only apparent advantage is his size.

But size is no match for skill and vision.

In today’s video, I show you how to determine whether your portfolio is filled with “Davids” or if it’s full of “Goliaths.”

Check it out below:

What Netflix and Amazon Can Teach Us About Winning Stocks

Be sure to subscribe to my YouTube channel so that you can learn how to find “David” stocks on your own.

Of course, if you don’t want to do the heavy lifting yourself, you can always join the thousands of readers who follow my investing research in Alpha Investor Report.

Every month, I show my readers how to find a David stock taking on its Goliath competition — and how to find these companies at a bargain price.

If this sounds like something you’re interested in, check out this special presentation I’ve made for you.

Investing, or what some call value investing, is about finding those underdogs that are really the obvious winners. It’s finding the underdog company or stock that should really be the favorite. Let me give you an example…

Before Netflix There Was Blockbuster 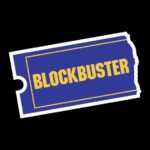 Netflix was an underdog against Blockbuster, but they should have been the favorite right from the get go.

You see, back in the late 1990s and early 2000s, Blockbuster didn’t see streaming coming from the internet. They didn’t take the internet seriously. They already had zillions of stores. They had some costs in retail rents. They had managers, they had employees. They were not changing. They were Goliath.

Netflix, on the other hand, was smaller — nimble. They didn’t have huge overhead because they weren’t paying retail rents. And they didn’t have layers of management. Their decisions were made quickly and in changing market conditions. They were David.

Well, you know the story. Blockbuster peaked at around 9,000 stores. Now, several years later, they have one store left. And Netflix is now a $150 billion company.

Before Amazon Book Stores Were Everywhere 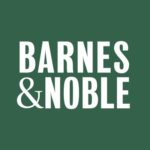 Another underdog that should have never been an underdog was Amazon.

He was going up against Barnes and Noble, Waldenbooks, Borders, Books-A-Million … There were over 3,000 bookstores.

Bezos worked out of his garage, but that wasn’t a negative. That was a positive. He was small. He didn’t have a retail location. He wasn’t paying huge rents.

At the beginning, publishers were even having problems trying to sell him books because they didn’t want to piss off the big bookstores. But Bezos fought harder.

He wasn’t the underdog … He saw a new way to deliver books using the internet for his store, which was radical.

It was basically Bezos making decisions on the fly, on a big, old door (which he still has) that acted as his desk.

All of those were to his disadvantage. He was like David about to slay Goliath.

It looked like David was the underdog on paper, but no way. He was nimble, he had a secret weapon and he had vision.

Today, Amazon is one of four companies in the United States that has a trillion-dollar valuation. And book retail? That’s more or less dead.

You see, the trick to investing is to look for companies that are new to an industry, those that are doing things differently when conventional wisdom says they don’t have a chance.

All of these kinds of things add to great opportunities.

That’s where you should be looking. They can come up anywhere.

Lubetzky was the son of a Holocaust survivor. His father survived the concentration camps.

He named his company “Kind” because his father was starving in a concentration camp, where he was the recipient of unexpected kindness is from — of all places — a German soldier.

Lubetzky made it his life’s mission to build a company inspired to be … well, kind.

He created a snack bar that was both nutritious and delicious.

Out of 2,000 products in the nutritional bar category, six of the top 10 fastest-selling products are Kind bars.

Lubetzky was a man with a mission. A man or company with a mission is never an underdog, because they will fight and fight until they’re successful.

Spot The David-Type Companies Before Anyone Else

The secret to making money in stocks is to find the underdog that should really be the favorite. In other words, find David-type companies.

In the next video, I’m going to tell you about a company that’s in the Alpha Investor Report portfolio—one that Wall Street saw as a slow, lumbering Goliath. But this company was really a shepherd boy with a slingshot. We added it to our portfolio at a bargain price and, since then, the stock has taken off. 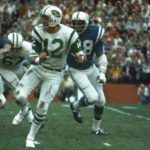 In the last video, I talked to you about Super Bowl III in January of 1969.

If you didn’t see it, click on it and watch it … It’ll give you a lot of great information.

It was the greatest upset in football history. The Jets were 18-point underdogs against the Baltimore Colts.The Jets upset the Colts and won outright, 16-7.

Now, if you looked at it carefully back in the day, the Jets really were never underdogs…

See, the players were fired up. They were insulted to be 18-point underdogs. The Jets had a bigger and younger offensive line which gave Joe Namath, their quarterback, plenty of time to pass. And the Colts were cocky … They didn’t even bother to change up their defense!

When the Jets came in to that game, they scored first and won the game 16-7. So they were huge underdogs, but they had all the odds stacked in their favor.

Check out the link of this video and you can watch it. You’ll really dig it. 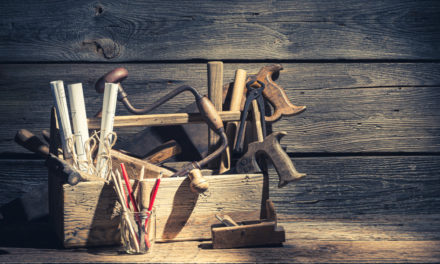