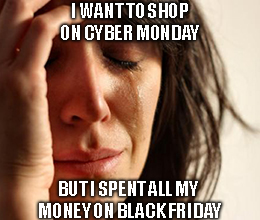 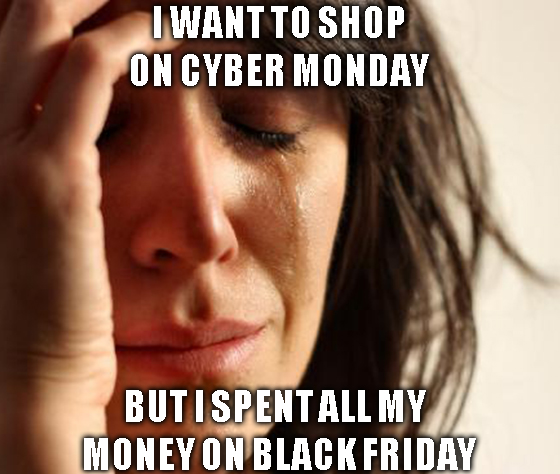 After logging their biggest monthly gains since June, the markets showed a bit of fatigue today.

Maybe it’s tired traders returning from the long holiday weekend. Maybe it was all the turkey. I know I’m still feeling overstuffed after the Thanksgiving break.

It would be nice if these were today’s main market drivers. Alas, these mundane issues are not the cause of today’s market dip.

You see, over the weekend, President Trump added Brazil and Argentina to the tariff party. Citing “massive devaluation of their currencies,” Trump reinstated tariffs on all steel and aluminum imports from the countries. That’s a 25% steel tariff and a 10% aluminum tariff.

What’s more, the move comes as U.S.-China trade talks have stalled once again. Reports indicate that China is dragging its heels following Trump’s signing of the Hong Kong Act. The act, which supports Hong Kong protesters, has prompted China to warn of “strong countermeasures.”

The market attempted to ignore both reports this morning — much like we all try to ignore Uncle Rob when he goes on political rants during the holidays. However, the Institute for Supply Management’s (ISM) November manufacturing index made that all but impossible.

According to the ISM, U.S. manufacturing activity contracted for the second month in a row in November. The manufacturing index fell unexpectedly to 48.1 from a reading of 48.3 in October. Economists were expecting a rebound to 49.4. Readings above 50 indicate expansion.

It was all too much for Wall Street to bear.

There was another important piece of information that dropped alongside the tariff and ISM manufacturing data. It was a survey on trade war contingency plans of more than 260 businesses, conducted by German logistics company DHL.

According to the survey, 25% of respondents said they had no contingency plans if the U.S.-China trade war dragged on longer than expected. Only about 20% had plans for about six months, while 34% said they were prepared for 6 to 18 months.

With the situation in Hong Kong now worming its way into trade negotiations, a resolution — even a “phase one” agreement — is looking increasingly out of reach over the short term. Six to 18 months is looking generous now, and many businesses apparently simply aren’t prepared. 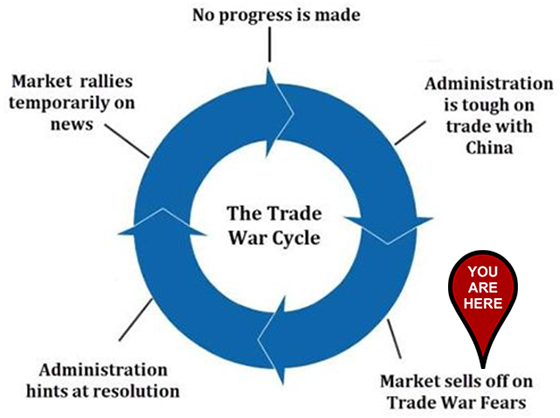 As you can see, the needle has moved considerably over the holiday break. Whether Trump wanted it or not, the signing of the Hong Kong Act was a “get tough on China” move — at least from China’s perspective.

Look for the White House to enter damage-control mode this week and attempt to hint at a solution — possibly by touting this month’s trade meetings with China to work on a phase one deal.

The key takeaway here is that you need to be prepared — unlike the businesses responding to the DHL survey.

One way to do that is to secure yourself a solid source of income, one that can pay out on a regular basis. My colleague and Banyan Hill expert Chad Shoop has just the solution you’re looking for.

Now, these results represent larger-than-normal positions. If you’re an average investor taking smaller positions, you would have collected less.

But the bottom line is that 1-Minute Windfalls is simple … and it works! 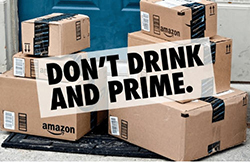 Do you wanna know the odd thing about all the market negativity, trade war tariffs and declining manufacturing activity? They haven’t affected consumer spending much at all.

All hail the American consumer … right?

Speaking of Best Buy … I did a little prework online shopping this morning. If you’re looking for a laptop deal, Best Buy has Amazon beat on prices and features for many laptops today — unless you’re in the market for a Chromebook, that is.

Do people still buy those? 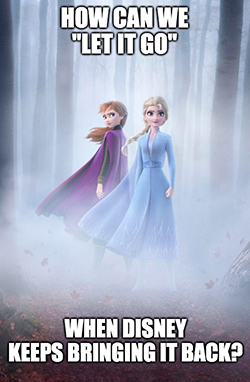 The Walt Disney Co. (NYSE: DIS) is about to have yet another billion-dollar blockbuster movie on its hands.

Frozen 2 set a Thanksgiving box office record, raking in $85.2 million on November 28 and $123.7 million over the five-day holiday weekend.

JPMorgan Chase was so excited by the news, the prospects that Star Wars: The Rise of Skywalker could also join the $1 billion club — and the massive amounts of merchandise for both films — that it issued a bullish note on DIS this morning.

The ratings firm cited strong demand in Asian markets, as well as the opening of a Frozen-themed area in Hong Kong Disneyland in 2021 as reasons to be excited for Disney.

And they didn’t even touch on Disney+.  Did you know that the Disney+ app was downloaded more than 15 million times between November 12 and November 24?

That’s about 1.2 million per day … and the growth doesn’t appear to be slowing down.

Today’s 1% dip in Disney shares is a blessing for anyone looking to get in on the stock at a discount. 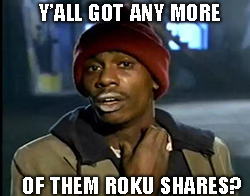 OK, you know the drill.

Another shortsighted analyst has come out and downgraded Roku Inc. (Nasdaq: ROKU). This time, Morgan Stanley analyst Benjamin Swinburne downgraded Roku to underweight from equal weight — though he did lift his price target to $110. Look at Ben trying to have it both ways. Classic Ben…

According to Swinburne, the “risks to growth expectations are not reflected in current valuation levels. Specifically, we think revenue and gross-profit growth slow meaningfully in ’20, and the multiple compresses.”

Specifically, Swinburne points out that Roku’s sales multiple is triple that of Netflix Inc. (Nasdaq: NFLX) — an apples-to-oranges comparison if I’ve ever heard one — and double that of software-as-a-service companies.

Here’s the thing … this analysis works if you just look at Roku’s hardware sales. Gross margin is falling on Roku hardware as the company strives to remain the low-cost leader in streaming devices. This was to be expected. It happens for every hardware manufacturer.

However, most analysts (Swinburne included, it seems) miss the fact that Roku’s ad revenue is quickly becoming its biggest income source. The gross margin on ad services and The Roku Channel came in at 63% last quarter.

Once again, this dive in Roku stock is a buying opportunity. Expect the holiday sales quarter to be big, and next year’s ad-revenue gains to follow suit as a result.

Nothing worries me in the sense of looking for a big sell-off in December.

— Jim Cramer on “Squawk on the Street.”

Many of you might remember the massive sell-off we had in December 2018. The S&P 500 Index dropped more than 9% in this month last year. With tariffs, a delayed U.S.-China trade deal and slowing manufacturing activity, there’s certainly reason enough to worry about a repeat performance.

However, Cramer says he’s seeing “green shoots” of an economic recovery in Europe. Indeed, European auto sales rose 8.6% in October. But Europe is not the global economy. In fact, global auto sales are facing their steepest decline since 2008. And you can bet with the new aluminum and steel tariffs on Brazil and Argentina that the domestic auto market isn’t looking too festive.

Now, to be clear, I’m not calling for a repeat performance of 2018. I am, however, calling bunk on Cramer’s “green shoots” reasoning. It’ll take more than an economic recovery in Europe to provide more lift for markets.

In anticipation of a strong finish to the year for the market, Cramer also said, “I’m looking for more reasons for it to go higher.” 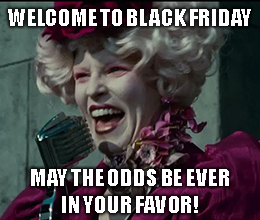 The Odds Are in Your Favor Today!