5 ETFs to Buy Now for the Coming Economic Boom

My personal favorite: “There is no fate but what we make for ourselves.”

The stock market is making its own fate right now.

Fearing a possible — but hardly inevitable — future, investors are doing everything they can to make it come true.

What if that fate is not only avoidable … but illogical, as well?

The stock market is getting itself tied in knots over a spike in bond yields, among other things (as I explained to Bauman Letter subscribers this morning). Investors believe it will lead to a fall in stock prices.

They have reason to worry. The gap between the yield on the 10-year Treasury note and an inflation-indexed Treasury note of the same duration is the widest since late 2014:

The trigger was the Fed’s announcement that it planned to taper its own purchases of Treasurys. Just like now, the market anticipated the outcome of that plan, sold bonds and pushed up bond yields in anticipation.

Could that happen again?

Only if we make it so … which we probably will.

When investors fear inflation, they naturally assume that interest rates will go up. Most believe that higher interest rates inevitably lead to a drop in equity values.

When interest rates go up, the discount rate used to value future earnings rises. That makes those future earnings less attractive today. So, when there’s a buzz about inflation, investors preemptively sell stocks.

But they forget another important fact about inflation.

When prices rise, businesses can charge more for their products. That means their future earnings will be higher than they would have been without inflation. And with so many unemployed workers in the economy, any pressure on wages will be moderate, increasing profit margins.

Over the last 150 years, the inflation-adjusted annual growth of average earnings per share has remained remarkably stable, regardless of the ebb and flow of inflation.

Given that, you’d think investors would be piling into stocks now in anticipation of higher nominal earnings … especially since inflation fears are fueled by expectations of usually rapid economic growth over the next couple of years.

But most investors active today have never experienced inflation. They have no idea that price inflation can be good for equities in certain sectors.

So they’re doing the exact opposite of what history teaches and pulling out of stocks.

Get Ready for Value

Of the three, the financial sector usually performs best relative to the market, followed by energy and industrials.

The chart below shows the performance of five exchange-traded funds (ETFs):

But the energy, industrial and materials ETFs are still tracking close to the benchmark, although energy is beginning to pull away.

Chances are that many less experienced investors are going to continue chasing high-flying growth stocks because that’s all they know how to do.

They’re going to make their own (negative) fate, even if it isn’t inevitable.

That tells me that this is the perfect time to start positioning yourself in those three sectors — energy, industrial and materials — in anticipation of increased demand from a stronger economy … and higher nominal earnings from those companies.

But do it now, before the newbies catch on!

P.S. As I explained to Bauman Letter subscribers earlier today, there are two other fears driving the sell off over the last few days. I’m not worried about any of them and have told my readers to stay smart and tough through this uncertainty. You can read that note by gaining access here. 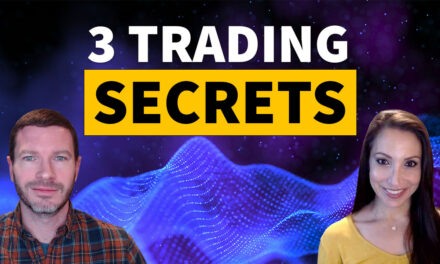 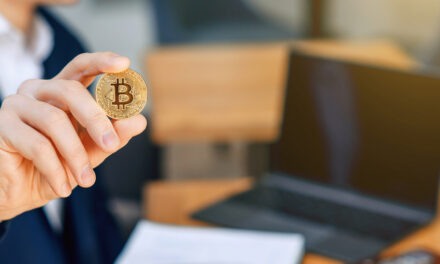