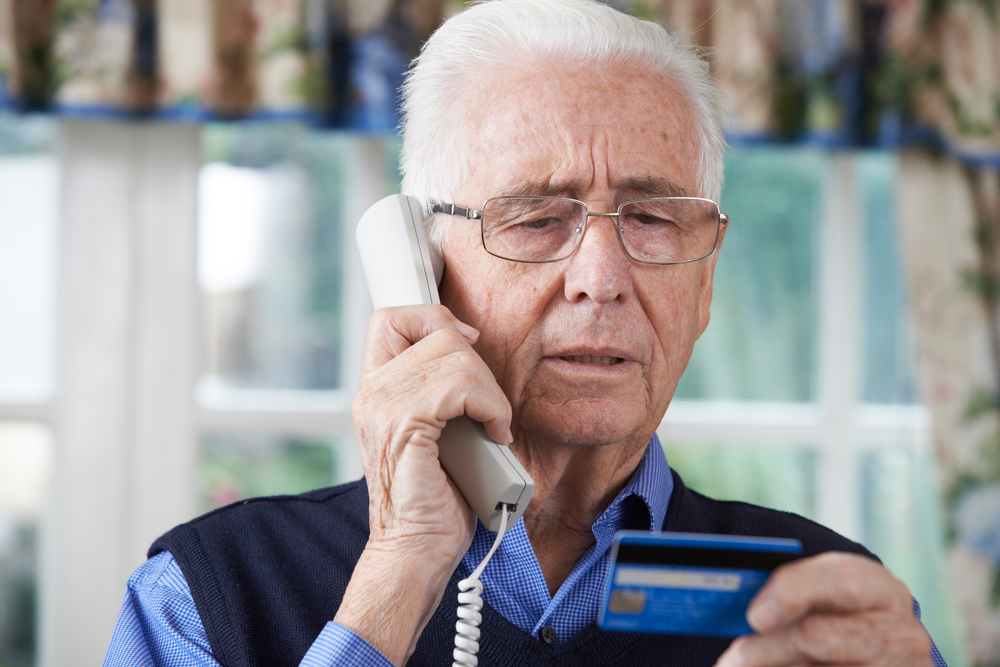 The call came a few weeks after I returned to the U.S. from South Africa. It almost got me.

It must have been early morning, because I was still getting ready to head for the train station. “Is this Edward?” said the voice, “Edward Bauman?” Yes, it was. “Well, Edward, I’m calling to let you know that you owe the U.S. Department of Education over $25,000. You have 72 hours to make payment arrangements, failing which you will be sued and your possessions preemptively attached under U.S. Code (garbled). Do you have a credit card number handy that you can give me to stop this from happening?”

Given that “my possessions” had just arrived on a container ship and were in customs in Savannah, Georgia, the timing couldn’t have been worse. Did they know that? Is that why they were calling me? Could they intercept my shipment?

Thankfully, it didn’t take me long to recognize the scam. I had no long-lost student loans from the early 1980s. This enterprising scammer scoured credit reporting bureaus looking for “reactivations” — Social Security numbers that had suddenly reappeared after years of absence. There is always a good chance that someone who’s been off the grid that long had a debt they were trying to avoid … scaring them might get them to hand over a credit card number.

At tax time, we’re all marks for this sort of thing.

What’s worse than the IRS taking your hard-earned money? A scammer pretending to be the IRS doing the same thing. Indeed, the IRS says at least 4,550 victims have paid over $23 million to fraudsters in the last few years. And that’s just the folks who reported the losses.

How do the scammers do it? By researching their victim first, then using that insight to create panic and/or to boost trust. They obtain just enough information about you to sound credible, then swoop in for the kill. And they use brutal scare tactics: One New York comedian was told, “There is a warrant for your arrest. You face five years in federal prison. We have canceled your driver’s license.”

Increasingly, tax scammers use brokers who buy and sell consumer information stolen from corporate data breaches in underground “dark net” forums. A recent hack of Anthem Health Insurance, for example, affected 78.8 million people. Indeed, medical providers such as hospital groups are becoming one of the biggest sources of such information, since they have such shoddy data security.

Here are five common tax season scams to watch out for:

One reason I regularly write about digital privacy is to create awareness of these tax season scams. My advice during tax season is simple:

Finally, if you think you might be a target for fraud, enter the email address you use for online commerce and other risky things — you DO have one of those, right? — into a site like HaveIBeenPwned.com. The site will search through breached databases to find out if it’s been compromised.

After all, it’s bad enough having to pay the taxman.