Are You a Tax Reform Winner? 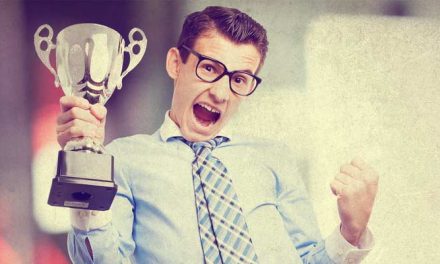 The Tax Cuts and Jobs Act is one of the biggest tax reforms in years, and many Americans are still trying to make sense of it.

Fortunately, our own Ted Bauman, editor of The Bauman Letter, has put out a brand-new special report called Pay $0 Taxes. Within this thorough report, Ted breaks down dozens of ways that you can reduce your tax obligation, and who is benefiting from the new tax laws.

TaxAudit made a cool little infographic about the tax reform: 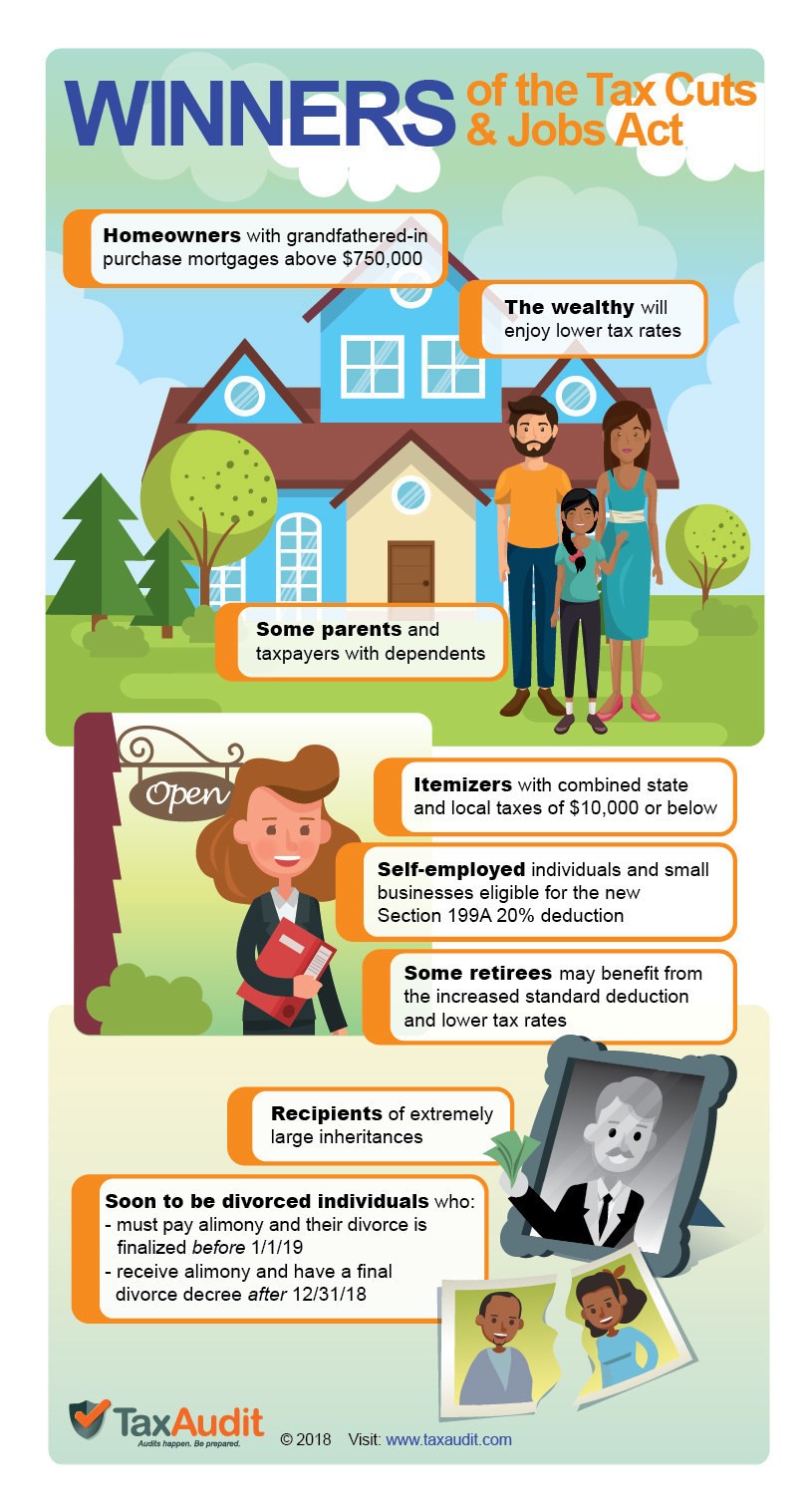 The colorful illustrations are a nice touch, but the infographic doesn’t go into much detail. So I’ll break down the three biggest winners for you below.

So, due to the lower tax rate and other changes to the tax brackets, a married couple filing jointly with $1 million in income will pay about $32,000 less.

And for especially wealthy people who leave a lot of money to their heirs, nearly $11.2 million of that inheritance is now tax-exempt. Before, only $10 million was exempt.

There’s a tax credit for children age 16 or younger who live with you for at least half the year. The credit is now $2,000 for each child, up from $1,000. That’s double the amount!

And if you claim an adult relative as a dependent, you can get a tax credit of up to $500 depending on your income bracket.

To qualify as a dependent, the adult must live with you. They also have to rely on you for at least 50% of their household expenses.

Since retirees generally have less income than working adults, they’re affected the most by the new deduction limit. 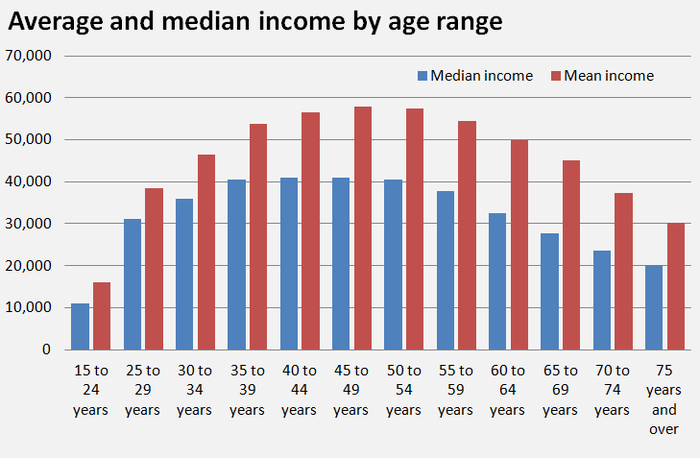 If I learned anything from doing research for this article, it’s that tax laws are endlessly complicated.

For every credit or deduction, there are countless qualifications and exemptions. After all, the laws have to account for so many special circumstances.

That’s why you absolutely need an expert to help you figure out all the details. When it comes to tax reform, that’s really the biggest difference between being a winner or a loser.

7 Simple Tips for Filing Your 2018 Taxes