I took plenty of heat back in June when I said the $13.7 billion Amazon-Whole Foods merger “would be a surprising setback for the internet giant.”

The first cracks in the supposed synergies of these two very different companies are already starting to show.

Shoppers noticed the deteriorating quality of the fruit first. You can find plenty of posts like this one on social media: 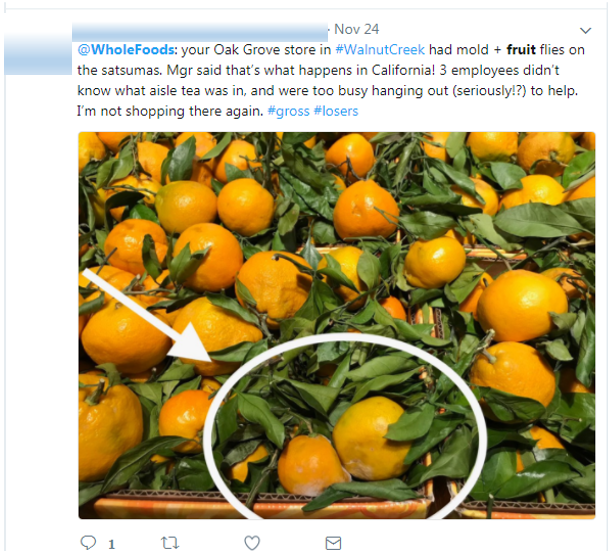 Of course, if you look hard enough, you can always find disgruntled people to complain loud and long about one thing or another. Maybe it’s just a one-off sort of thing?

But you can find signs elsewhere.

For instance, according to RetailDive.com, Whole Foods CEO John Mackey noted in a speech to industry insiders that the Amazon-Whole Foods merger has been challenging, while optimistically believing “I do think Amazon and Whole Foods are going to do major stuff together.”

Fair enough. But reading between the organic tea leaves, analysts at Barclays believe “Mackey’s comments could be an indication that integration is occurring at a slower-than-expected pace, or that his tenure at the combined entity could be short-lived.”

I’ll go a step further. It means both. I predicted these problems when the deal was announced in June:

Amazon is the company where data and ‘purposeful Darwinism’ reign. … By design, it’s a tough, unforgiving corporate environment. … Then there’s Whole Foods, where the company’s success has always focused on squishy, very un-Amazonian ideals — such as employee happiness and workplace satisfaction for its 91,000 employees.

Barclays recently sent a team of analysts into Whole Foods stores to make their own conclusions. They came up with this disturbing (for Amazon shareholders) trend: “the ‘conventionalization’ of Whole Foods is underway.”

In other words, forget the exclusive (and expensive) focus on organic. Sell the same food and beverage goods you can buy elsewhere (and which Amazon can buy cheaply in huge, bulk quantities).

The Barclays analysts made another interesting insight. Innovation — new foods, new packaging, unique products you can’t find elsewhere — is a big reason behind the rapid growth of chains like Trader Joe’s, and Whole Foods.

But what about now with the post-Amazon-Whole Foods merger version of the grocery chain, where low costs matter most?

“If Whole Foods pulls back on food innovation,” writes Barclays, “we believe it would represent an opportunity for the rest of the industry because innovation remains a traffic driver.”

According to the Gordon Haskett research firm, a basket of 110 items at a Whole Foods store in New Jersey was just 1.1% lower than when Amazon completed the merger with the grocery chain in August. All the PR stories about new low prices at Whole Foods don’t jibe with the new pricing data.

Amazon will have to do a lot better. And the pressure is on if it hopes to truly compete on the bricks-and-mortar front with Wal-Mart, which — as I pointed out in June as well — “has finally figured out how to sell stuff through the internet with Amazon-style numbers.”

In fact, the prices of the two companies’ stocks make that statement quite well. 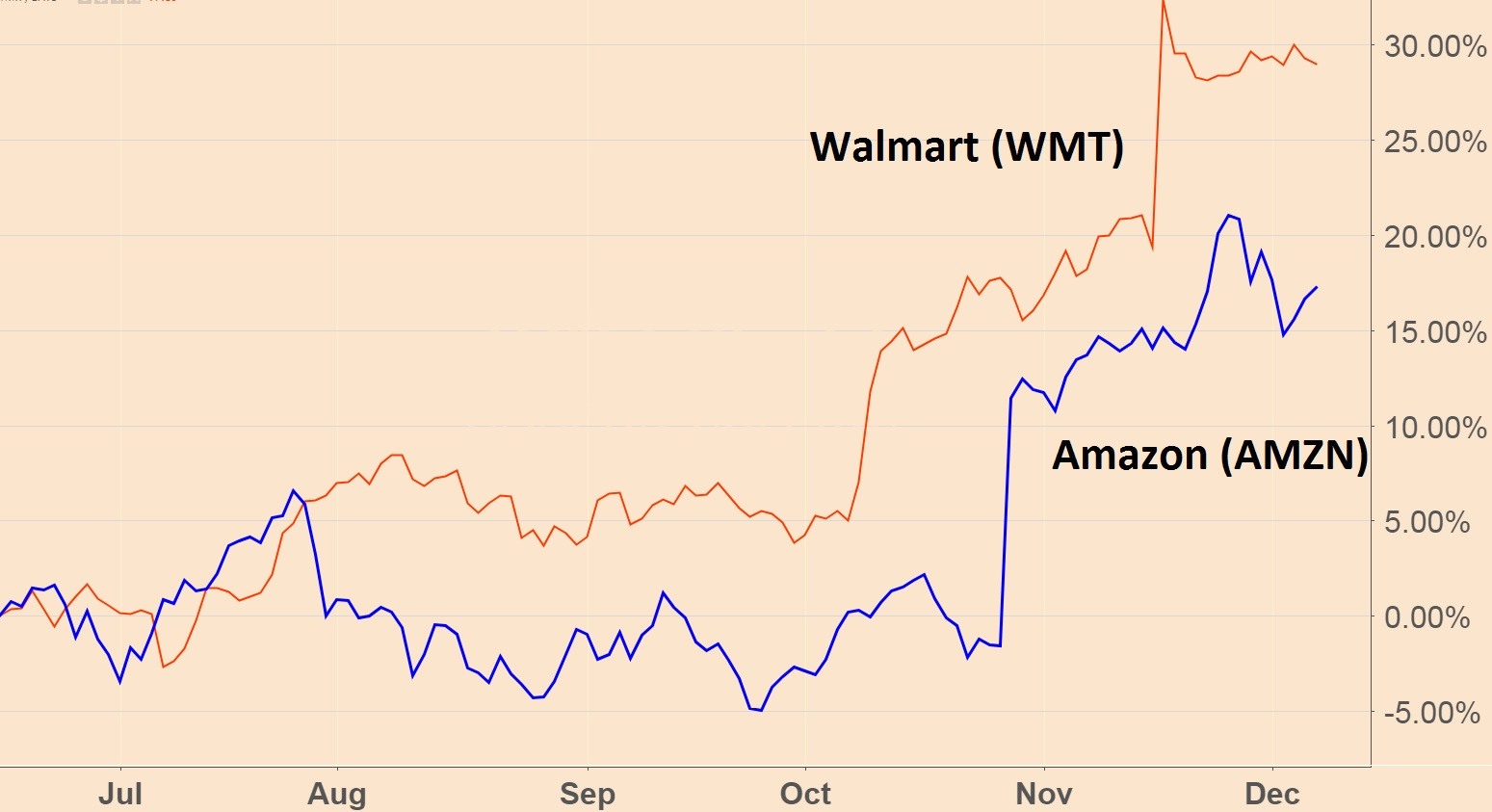 The point being that…

The Whole Foods deal is looking more and more like a bust. Amazon could just as well have made a bulk real-estate deal to purchase clusters of shuttered grocery store properties around the country and achieved the same goal — a bricks-and-mortar national retail presence — at a lot less cost.

Play This Miracle on Main Street