As we all know, gun control has been a hot topic in politics, particularly during the last two to three years. And the fear of restrictions on guns has been very profitable for gun manufacturers – and great for gun stocks.

For a lot of gun buyers, it was a means of stashing something so nobody could prevent them from buying it. As a result, gun stocks like Smith & Wesson (now American Outdoor Brands Corp. [Nasdaq: AOBC]) and Sturm Ruger & Co. Inc. (NYSE: RGR) saw huge gains as they turned unexpectedly high profits quarter after quarter.

But now, with a Republican in office, those worries of having guns taken away seem to be fading. Not completely, as there are still relatively high numbers of background checks coming though, but the number has fallen short each month of the peak that it reached in 2016.

As a result, gun stocks that led the market last year have, for the most part, collapsed. 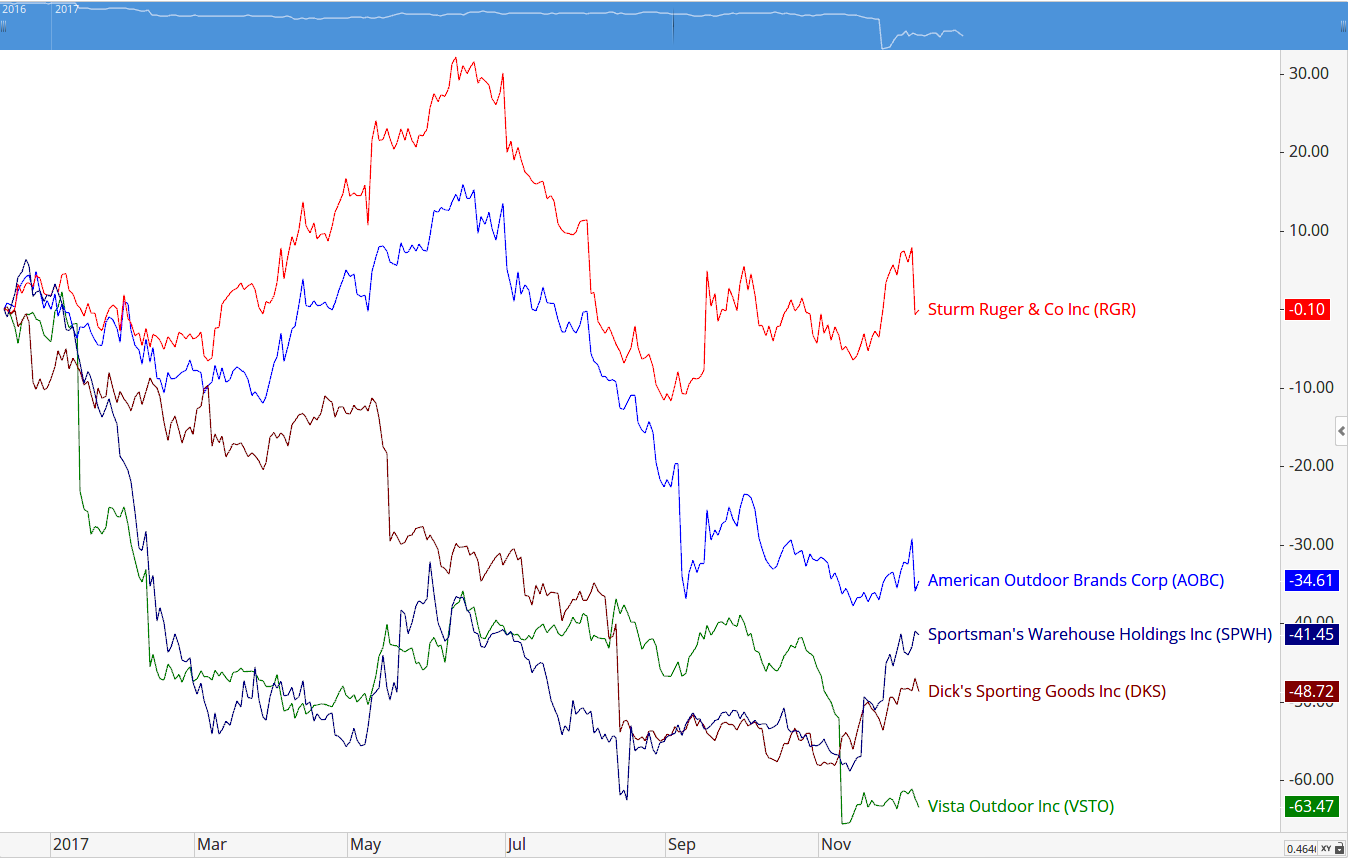 All of the stocks in the chart above move with the gun sales market. With the numbers on the right side representing the percent return for the past year, you can see that the returns have been awful, especially when you compare them to the S&P 500, which is up 18% over that same time period.

In short, the recent trend is that gun sales, and therefore the prices of gun stocks, tend to increase when a Democrat is in office. This was pronounced with Presidents Bill Clinton and Barack Obama. And now, there are investments you can make that are based on typical policies for each political party.

As of October, EventShares has come out with exchange-traded funds (ETFs) for “Republican” and “Democrat” stocks based on policies typically carried out by either party. The ticker symbols are GOP for Republican policies and DEMS for Democrat policies.

Crush One of the Strongest Bull Markets in History