Retail: The Perfect Buy for Christmas

It looks like the Great Mall-pocalypse of 2017 may have finally run its course.

In particular, the “death of retail” is probably the most overwritten, overhyped story in the business universe.

Apparently, by this time next year, the U.S. will be renamed the “United States of Amazon.”

No one will ever go out to shop ever again. The streets around your favorite retail shopping district will be empty. The only traffic will be UPS freight vans, using tumbleweed-strewn mall access roads as shortcuts between neighborhood Amazon deliveries.

Oh, and don’t forget the airborne delivery drones. I’m sure the sun will be partially blotted out each afternoon as whole squadrons whiz past.

What’s more, serious investors are starting to bet big money that the paragraphs above are as ridiculous as they sound…

Big Money Is Moving In

The acquisition rumor has been floating around for a week. In the last five trading sessions, GGP’s stock has soared 18%.

This rebound comes after GGP had fallen 40% from its all-time highs in July last year. 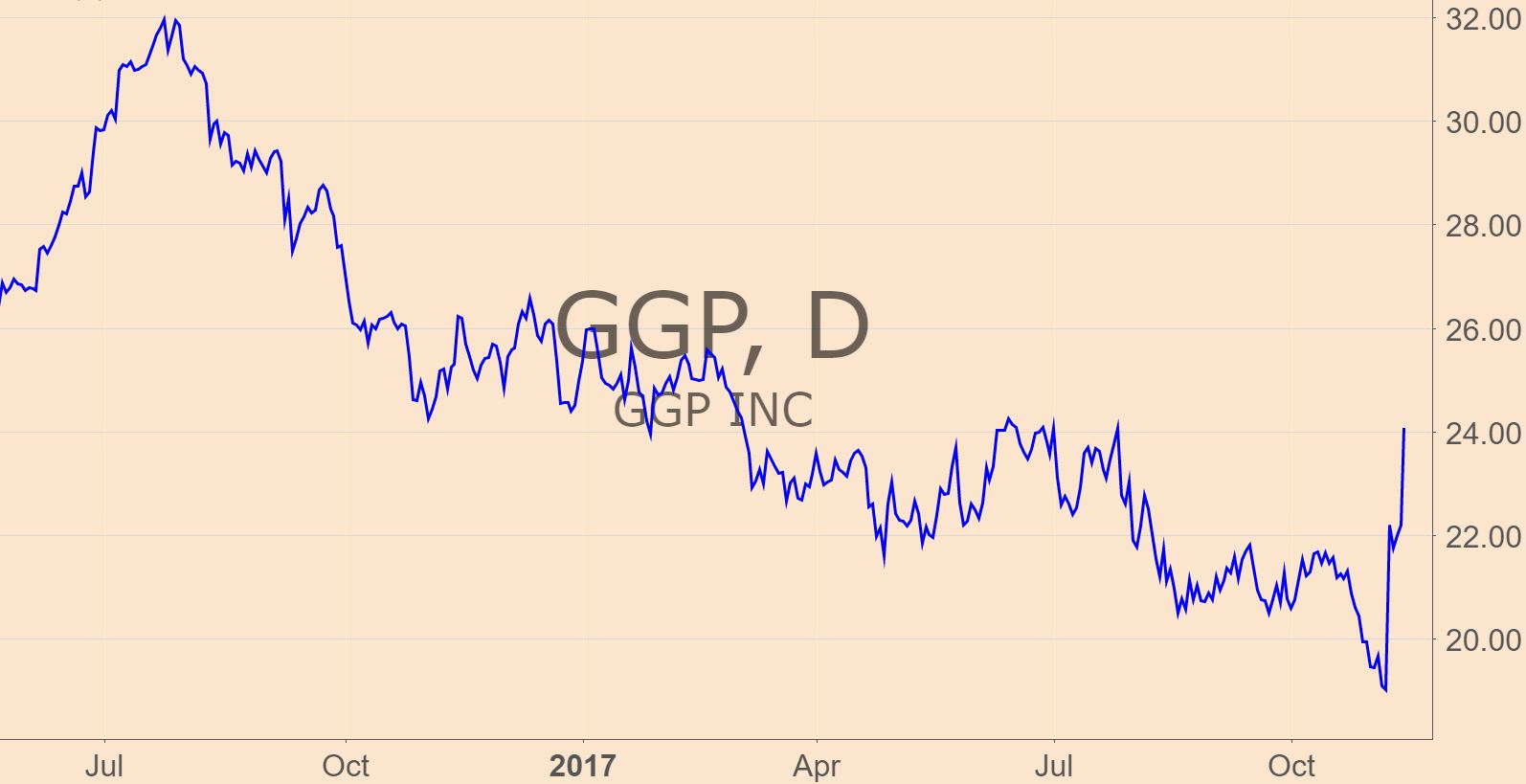 Brookfield recognizes a key truth that other investors have temporarily forgotten. Malls have lost traffic with the steady increase in internet retail, but as retail assets — and as real-estate assets — they still have plenty of overlooked possibilities for revenue.

For instance, GGP recently struck a deal with a national real-estate developer for one of its Seattle-area mall properties. The plan is to redevelop a portion of the land as apartment buildings and according to the CEO, “will look to explore similar projects at other locations.”

Brookfield isn’t the only large investor betting that the Amazon threat is overdone and that publicly traded owners of valuable mall real estate are now in bargain-bin territory.

A Second Life for Retail Space

It’s the same story for hedge fund manager Paul Singer (Elliott Management Corp.), who — as Bloomberg noted yesterday — has “amassed a position in mall owner Taubman Centers (NYSE: TCO) and plans to push for changes at the company including a potential sale.”

There’s no arguing that the U.S. is “over-malled.”

Amazon has, of course, played a huge role in the downfall of many malls as once ubiquitous retail store chains shutter stores or declare bankruptcy.