Home » Economy » The U.S. Exit Tax & Expatriation Tax: What It Means for Your Income

The U.S. Exit Tax & Expatriation Tax: What It Means for Your Income

The apologetic editors of the Wall Street Journal have admitted that they “never thought we’d say this, but France has become the economic reform leader of Europe.”

What caused their conversion was French President Emmanuel Macron’s statement that he wants to kill France’s “exit tax.”

The 30% levy hits those who take their assets out of France if they have been residents for six of the last 10 years. Unrealized gains are valued on departure day and taxed at the new, lower 30% flat tax rate Macron has promoted.

Macron was well-received by a joint session of the U.S. Congress on April 25. It was the 58th anniversary of French President Charles de Gaulle’s address to a joint session on April 25, 1960, an event I was privileged to witness in the House Chamber as a Republican floor staff assistant.

But even Gen. de Gaulle, who led the French Resistance against Nazi Germany in World War II, created the current Fifth Republic and served as its president, resigned in 1969 after losing a national referendum.

For his pains, he has been called a “right-winger” and “president of the rich” by the French media. His reforms have been met with student/labor strikes and street demonstrations reminiscent of the student riots that de Gaulle barely survived in 1968. Vive la France!

Macron’s proposal underscores the fact that many talented citizens of France, the U.K., the EU and other welfare states are going where they and their capital are treated best.

But “exit tax” reform should start here in America.

Since 2008, the U.S. has imposed its own “soak the rich” exit tax. It kicks in when individual net worth tops $2 million, or when average annual income tax exceeds $165,000 for five years.

This onerous exit tax applies to U.S. citizens who end their citizenship, a right upheld by the U.S. Supreme Court, and is the only way to escape U.S. taxes. But this exit tax also hits longtime “green card” foreign residents in America.

The U.S. expatriation tax applies to a person described as a “covered individual” who is taxed if, on the date of expatriation or termination of U.S. residence, (i) the individual’s average annual net U.S. income tax liability for the previous five-year period is $165,000 or more; (ii) the individual’s net worth is $2 million or more, after an exclusion of $713,000; or (iii) the individual fails to certify under penalties of perjury that they have complied with all U.S. federal tax obligations for the preceding five years.

This vindictive tax is imposed on all a person’s worldwide assets based on the fair market value.

Planning for a Future Offshore

“I don’t want any exit tax. It doesn’t make sense,” Macron told Forbes. “People are free to invest where they want. I mean, if you are able to attract, good for you, but if not, one should be free to divorce.”

Tax competition among nations is a positive good. People who move assets offshore to low-tax places wisely recognize the reality that government at all levels is engaged in the systematic control and destruction of hard-earned wealth.

For Americans who potentially may be liable for this U.S. exit tax, prudence dictates a realistic assessment of your current estate status and possible alternative planning for a future offshore.

I explore expatriation and offshore alternatives in the new edition, just published, of Where to Stash Your Cash (Legally): Offshore Financial Centers of the World.

Editor’s Note: Thanks to his intensive research, Real Wealth Strategist Editor Matt Badiali knows about a “magic” metal that’s ready to enter the “surge phase” … and early investors stand to make up to 30 times their money. In Matt’s 20-plus-year career, he’s never been more certain of anything than that those who act fast will create unprecedented wealth. To learn about the “magic” metal that’s on the verge of one of the largest global commodity shortages in history, click here. 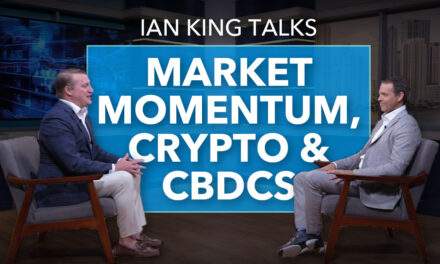 How to Invest in the Sports Gambling Boom