Home » Investing » Trading the U.K. Before It Imploded

Trading the U.K. Before It Imploded 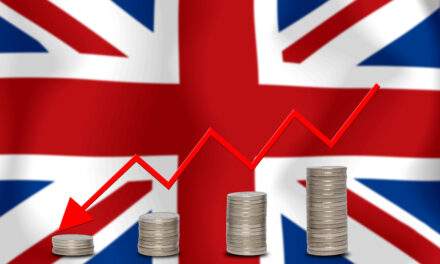 I learned many things in the military. For example, I can assemble an M4 rifle with my eyes closed.

That’s mechanical knowledge – an exercise in memorization and repetition. But I also learned more analytical skills by looking beneath the surface of unexpected situations.

When I was deployed overseas as an intelligence operative, reports of a convoy moving along a road were important. But it wasn’t useful until I understood why the convoy was moving.

Markets are similar. Stocks may be moving, but why they’re moving is often more important.

I thought about that last week as stocks fell on news from the United Kingdom. Analysts quickly produced an explanation: The new government proposed tax cuts.

But I call BS.

There’s something far worse going on in the U.K. economy. It didn’t get quite so many headlines, maybe due to the complexity of the situation.

So today, I’ll break it down and show you how you could’ve spotted the issues long before any headlines came out. It requires a little deep analytical thinking, and some mechanical knowledge of how markets work.

But to trade it, all you need to know is that traders usually know more than the headline writers, and they put that knowledge to work quickly.

The U.K. Tax Cuts Are the Beginning of the Story

The reason I don’t buy the prevailing story about British stocks is that details on the new tax cuts don’t seem that bad to me.

Income tax rates will fall to 19% from 20% for most people. The top bracket was going to drop to 40% from 45% — though Prime Minister Liz Truss walked that back over the weekend after some dissent.

Corporate income taxes stay at 19% instead of jumping to 25%. There’s a cut to stamp taxes on home purchases. This should cost almost $50 million a year. That’s in a $2.7 trillion economy.

The government also plans to spend $67 billion offsetting higher energy bills. This will increase the government’s deficit. But it all seems like reasonable stimulus.

I knew there had to be something else going on. There was.

U.K. pension funds got blown up.

Pension funds need money for future benefits. They make that money by investing.

If you win, you get a large amount of money in return for pledging a small amount of capital as margin. Losing bets result in large losses.

U.K. funds made a leveraged bet on low rates for U.K. government bonds – also known as gilts. Once the tax cut news came out, rates on gilts rose. They were on the wrong side of the bet, and had a big problem: margin calls.

If you don’t know what a margin call is, be happy. It’s a call from your broker to send more money, which you get when the assets in your account aren’t worth enough to cover what you borrowed from the broker.

So while the tax cuts are technically to blame, they were just the tinder that ignited a much bigger fire. Really, this crisis is the same as any other. Margin calls and liquidations blew up overleveraged traders of large funds, leading to losses for everyone else.

I don’t know if the U.K. pension fund crisis is over. Fortunately, I don’t need to. I created an indicator to tell me whether a market is a buy or not.

To develop my indicator, I started with a logical idea, created a formula to quantify the idea and then tested my idea. I shared the details of that process last week.

That indicator is the red line at the bottom of the chart of iShares MSCI United Kingdom ETF (EWU) below. 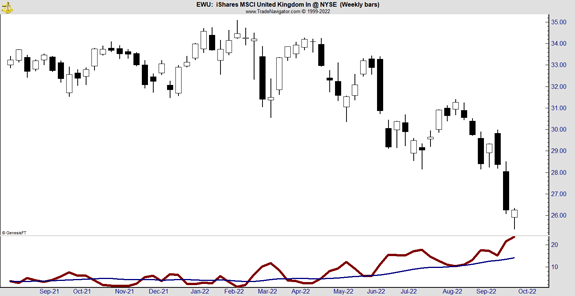 The red line is based on volatility. Falling volatility results in a buy signal. Rising volatility is a sell signal. Crosses of the moving average in blue are what generate the signals.

EWU spent much of the past year in a trading range. My indicator gave frequent signals as prices moved back and forth. As the downtrend began, the indicator stayed on a strong sell signal.

You can see that my indicator has been bearish on EWU since June. The ETF has lost about 22% since then.

My indicator often gets ahead of the news. In fact, I don’t even need to know that news is coming.

This is why I prefer trading systems. I don’t need to forecast reactions to news. I can analyze the news after it hits and understand why my indicator was ahead of the announcement.

Mike Carr shares this philosophy. His entire trading approach is built around systems that are able to forecast the next most likely move for any given asset.

Mike will trade anything. He specializes in ETFs, and a lot of his strategies revolve around those.

Just recently, in fact, a brand-new ETF hit the scene that was unlike anything else the market had seen.

It was the first-ever ETF meant to track the price of bitcoin. Now, Mike would never buy bitcoin. He doesn’t see the point, and generally sees it as a bad investment. But this ETF, and the options on it, provide ample trading opportunities to take advantage of bitcoin’s rich volatility.

Mike’s running a special on his bitcoin trading research right now – it’s just a bonus part of his One Trade advisory. If you’d like to learn how Mike’s bitcoin trading system beat bitcoin by 5X over the last seven years, click here now and get the full details. 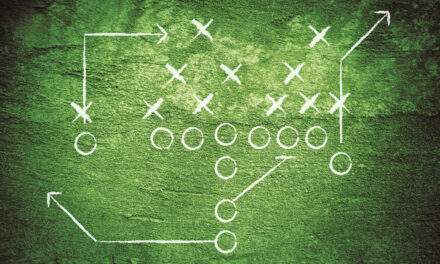 Changing Up the Playbook (First Put of the Year)