In the past few weeks, more than 90% of companies in the S&P 500 Index reported first-quarter earnings … and the results are the best we’ve seen in more than five years.

Three-quarters (75%) of the companies reporting so far beat analysts’ estimates for earnings per share (EPS). Of course, most companies beat expectations every quarter. But a beat rate of 75% is a better-than-average quarter. Over the past five years, on average, 68% of companies beat earnings estimates.

The size of the average earnings surprise is also better than average. Companies beat expectations by an average of 6%. The five-year average is 4.1%.

More beats than average and bigger-than-average earnings beats led to the best earnings growth in more than five years. Overall, EPS for the companies in the S&P 500 increased by 13.6%. This is the biggest gain in year-over-year earnings since the fourth quarter of 2011. 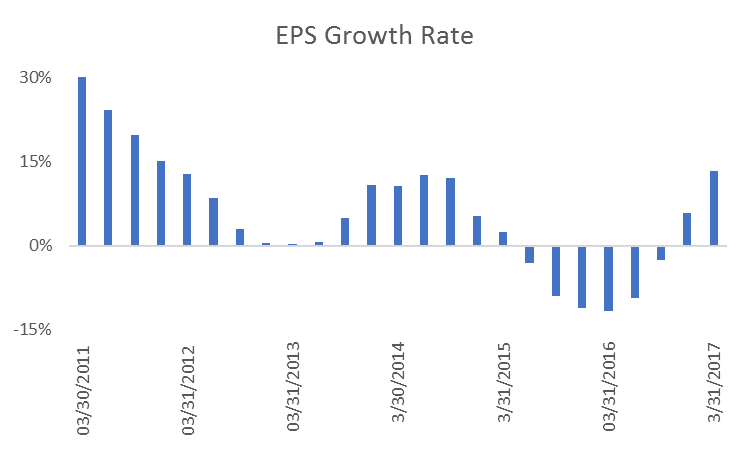 Increased sales are a sign that the economy is strong. This indicates we should see continued earnings gains, and that could be the best news in the stock market this week.

Long-term trends in the stock market are driven by many factors. But in the long run, earnings are the most important. As earnings season winds down, this all-important factor is bullish. That means, looking ahead, dips in price — scary as they might be — are buying opportunities.

Fed Researchers Show Savers Are Out of Luck

We’re on Track for a Solid Recovery