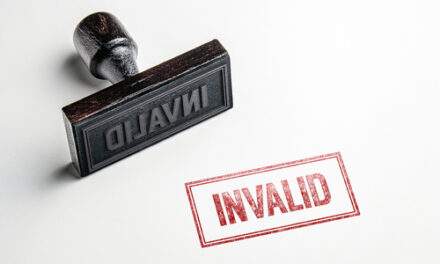 Scandals and markets go hand in hand.There are pump-and-dumps… Frauds… Insider trading…The list goes on and on, but you get the idea. There are bad players in nearly every market.Crypto is no exception. In fact, that market is a hotbed of scandal.From underhanded celebrity endorsements to outright Ponzi schemes, crypto markets have fleeced naïve investors time and time again.But in a surprise move, the SEC just handed investors the safest way to profit on crypto we’ve ever seen.Today, you’ll learn what exactly the SEC did and how you can benefit.But before that, it’s important to understand why this new tool is so necessary, and came at just the perfect time…

How Did Investors Fall for a “PonziCoin”?

If you’ve seen The Wolf of Wall Street, you know how profitable a “pump and dump” scheme can be.It’s when someone encourages other investors to buy shares of a stock, with the intention of selling their own once the price is up.EthereumMax is a classic example of this.In 2021, Kim Kardashian published an Instagram post saying: “This is not financial advice, but sharing what my friends tell me about the EthereumMax token…”The boxer Floyd Mayweather and NBA star Paul Pierce shared her enthusiasm for EthereumMax.These celebrity endorsements pushed the coin up by 1,300%. That was the pump.In the dump, sellers drove the price down 97%, to all-time lows. Lawyers are still trying to sort the mess out, with a lawsuit pending against all three of the celebrities I mentioned.But “pump and dumps” are far from the only scandal to wrack crypto markets…In a Ponzi scheme, the mastermind promises high returns to investors. They use funds from new investors to pay returns to old ones. Eventually, they stop paying everyone and keep the money for themselves.In 2017, someone created a “PonziCoin.” On the website, the developer warned potential investors that it was (surprise) a Ponzi scheme.But some traders ignored that warning. A few months later, the developer took all the money and the coin stopped trading.This may be my favorite crypto scandal. I mean, the fraud was right there in the name…Now, Ponzi schemes are illegal in the real world for obvious reasons.But rules are grey in the virtual world — and the PonziCoin creator has yet to be charged with anything.  In general, though, regulators have started to catch on to all this, and are now trying to impose order in the market.For example: Just last month, the SEC charged Coinbase manager Ishan Wahi for insider trading.Coins often jump in price after they’re listed on Coinbase. That’s because the exchange has millions of active users around the world, and frequently advertises new listings on the front page of the Coinbase app.Alongside his friend and brother, Wahi invested in coins before the announcement of their listing, then sold on the news.They made over $1 million. But now, they’re facing serious charges. All this is to say, crypto is rife with scams and swindlers.But that doesn’t mean you should stay away completely.On the contrary, there’s a ton of profit to be made in crypto, if you know what to trade and how to trade it…

10X the Gains, With None of the Scandal

One simple way to avoid fraud in crypto is to only trade the largest cryptos. Fraudsters prefer small coins with low market caps, because the price is easier to move.Bitcoin is the largest cryptocurrency. It’s not going to move because of a celebrity endorsement, or news of a listing on an exchange. It’s still volatile, but not vulnerable in the way smaller coins are.  But that’s not the reason I trade it in One Trade…The SEC just passed a new rule that makes bitcoin the safest crypto to profit on, in my book.You don’t have to store your funds in a sketchy digital wallet or corrupt platform like Coinbase…Because you aren’t buying bitcoin at all.You’re trading options on the Bitcoin ProShares ETF (BITO) — the first and only optionable bitcoin ETF available on the public markets.   When you trade options, your risk is automatically capped at the amount you put in each trade. But your potential gains, thanks to the power of leverage, are exponential.By approving this ETF late last year, the SEC has effectively invalidated the entire crypto market. Now, would-be buy and holders have a safer, more lucrative way to profit…As soon as BITO went live, I immediately set to work creating a trading strategy that would make the most out of bitcoin’s volatile moves.After months of work and tuning, I finally found it. A strategy that crushes the return of buying and holding bitcoin, while slashing the risk by 80%.A backtest of this strategy turned a starting stake of just $2,500 into $1 million in seven years.That’s a 43,000% return… Without leverage.And it beats the return of bitcoin over the same period by a factor of 5.Now with options in the mix, the gains are shaping up to be much higher.Just last week, we turned a 10% rally in bitcoin into a 100% gain in two days.That’s a 10X better gain — without risking your hard-earned money in corrupt crypto markets.We’re just getting started with this new strategy. And if you aim to get the most out of bitcoin in the years ahead, you should seriously consider joining me from the ground floor.To learn how you can do that, click here now. 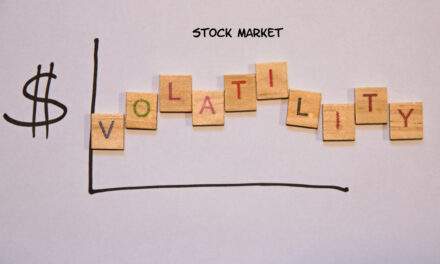 This Is 100% Guaranteed in the Stock Market