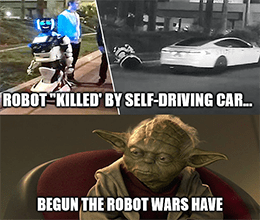 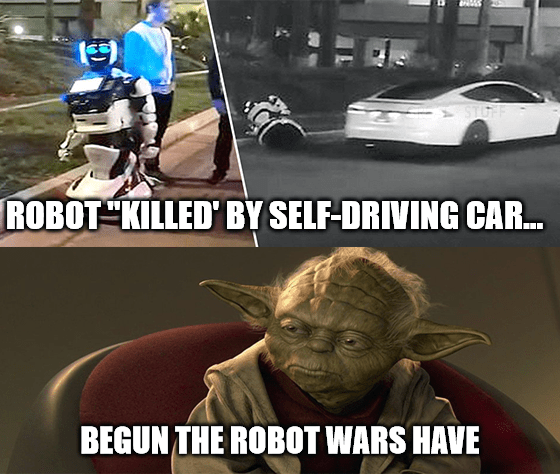 That’s right, Great Ones. We’re ripping on Elon Musk and Tesla (Nasdaq: TSLA) today … because we can.

I guess we shouldn’t have expected a more creative name from the guy who came up with “Cybertruck.”

To help Elon out, I asked the Great Stuff team to come up with some better names for Tesla’s new robot:

See? It’s not that hard. Why don’t you give it a shot? Send us your Tesla Bot names, and we’ll share the best next week: GreatStuffToday@BanyanHill.com.

The big question is: Why now? I get that the AI showcase on Thursday was a chance to show off all the crazy stuff the company is working on. I also get that AI and robots are really, really big market opportunities.

Is Tesla diversifying into the AI and robotics markets? Probably not. Don’t worry, Boston Dynamics, your terrifying, creepy, parkouring and dancing robots are safe … though, Elon could probably still show them some dance moves. (Seriously, those Boston Dynamics robots give me the heebie-jeebies!)

Of course, Elon was more than happy to share his reasoning with the gathered crowd at AI day:

We’re making the pieces that would be useful for a humanoid robot, so we should probably make it. If we don’t, someone else will — and we want to make sure it’s safe.

I’m getting some real Dr. Ian Malcolm vibes from this statement. Musk even joked that the robots would be slower than a human and small enough for a person to overpower. That’s more “funny groan” than “funny ha-ha” for anyone who’s seen iRobot or Terminator. 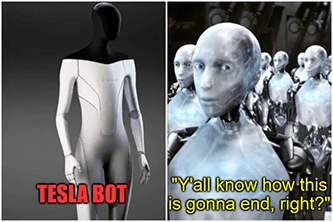 Basically, Tesla is making AI-powered robots not because it wants to, but because it can. We have the pieces … so why not?

The problem is that some of those pieces might catch fire or hit stationary objects … at least according to the premise of the National Highway Traffic Safety Administration’s investigation into Autopilot.

Elon promised a working prototype of the Tesla Bot — I still like “Marvin” better — next year. And, in all seriousness, if Tesla can pull this off, there is a pretty big humanoid robot market growing out there. In fact, the global humanoid robot market is expected to hit more than $9.6 million by 2026.

It’s not as big as other future markets … but don’t tell the humanoid robots that. They don’t like that.

Anywho, whether the Tesla Bot winds up like the Tesla Flamethrower or not remains to be seen. But if it works, it could add another high-tech product to Tesla’s growing stable … as if Tesla didn’t have enough plates spinning already.

A former Tesla employee just released a brand-new innovation promising to make every electric vehicle (EV) out there instantly obsolete.

Some call this man “Employee No. 7.” Even the “Godfather of the EV Revolution.” (But nobody calls him Maurice.) 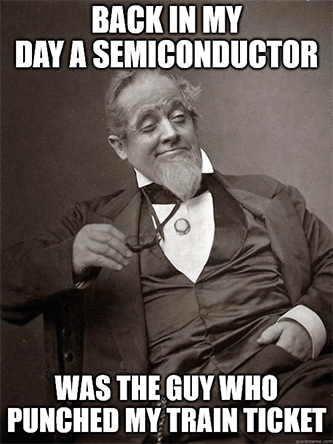 Any of you out there looking for a buying opportunity? Look no further than Applied Materials (Nasdaq: AMAT).

How is it that analysts underestimate a company that literally makes semiconductor manufacturing hardware during a semiconductor supply crunch? You know Intel (Nasdaq: INTC) at least is hitting up Applied like: “Yo, y’all got any more of them wafer manufacturing systems?”

Furthermore, AMAT stock suffered from a “sell on the news” event. The stock closed down roughly 2% today, after it rallied nearly 4% into last night’s quarterly report.

So, we have strong demand, a supply crunch, strong earnings, strong revenue … and a stock sell-off? Y’all know what to do.

If you haven’t already bought AMAT — shame on you — now is your chance. I mean, Great Stuff Picks readers are already up 107% since December ‘19 … what are you waiting for? 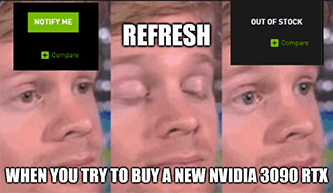 Why is it, oh Great Ones, that we never get all-good chip news? Why’s it always a mixed bag of semiconductor munchies … with way too many pretzels? Because when chips slip, I slip, you dip. No, wait a second…

The Street was so impressed by the massive sales and earnings growth that no one paid any mind to Nvidia’s warnings of still-ongoing supply chain slowdowns. There were a glorious few moments there where everything was fine and dandy in the world…

So … what’s the bad news? The news that should not be?

… and then the antitrust regulators attacked.

We’re coming up on the one-year mark for when Nvidia announced its plans to buy ARM. And it looks like we’re waiting a whole lot longer for any sense of closure on the deal. Regulators mounted up in the U.K. and plan to extend their investigation on “significant competition concerns.”

And as the prophecy foretold … the Nvidia-ARM deal has now turned into an ulcerous political talking point over there in Her Majesty’s dominion.

Since ARM is (erm … was) one of Britain’s best and biggest tech companies, a bout of economic nationalism and the “greater awareness of the importance of infrastructure ownership” claims ARM shouldn’t be sold again.

The industry buzzwords … they’re overpowering me! I am swayed!

But alas, the rosy optics and regulatory brown-nosing were for naught. This antitrust investigation might last for longer than 18 months, and that’s a metric tonne of uncertainty … Wall Street’s kryptonite. How are NVDA shares up 3% today, then?

The ARM deal falling through would be bad news bears for Nvidia short term. But the company’s report shows it has more than enough juice in the tank to keep satisfying investors and Wall Street — even without an additional ARM. (Side note: What would you do with an extra arm? Actually, best we don’t ask…)

All told, we’re still up about 25% depending on when you could get into the stock, which is no small potatoes when you’re up against the antitrust wall.

No. 3: Men In Tightropes 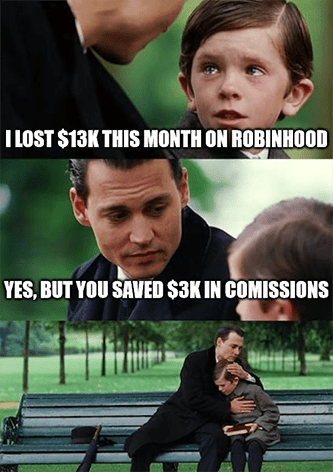 Remember at the start of the year when rabble-rouser Robinhood (Nasdaq: HOOD) went against everything it supposedly stands for and held us lowly peons back from trading — *ahem* buying — popular meme stocks?

And how Robinhood did that just to keep all its Sheriff of Nottingham friends from hemorrhaging cash … and the whole financial institution from blowing up in spectacular fashion?

Yeah … I’m totally over it. But just because I ate those sour grapes doesn’t mean I don’t get satisfaction (OK, mirth) out of Robinhood’s tipsy stock market debut.

In case you’ve been living under a rock the past month and ignored all your Great Stuff emails — why would you ever make such a terrible life decision? — Robinhood went public three weeks ago.

After tumbling an embarrassing 8.4% from its $38 IPO, HOOD stock dusted itself off and has mostly traded sideways ever since. It’s not exactly falling off a cliff … but not rocketing to the moon with the WallStreetBets apes, either.

Then Wednesday came, and Robinhood released its first earnings report as a public company. Revenue for the trading app doubled in the second quarter, hitting $565 million. However, 62% of that came from Dogecoin (DOGE) transactions. Who’s a good little cryptocurrency? You are!

I digress. While Robinhood chose not to highlight the fact that most of its transactions — which is how it makes money — came from Dogecoin, it also failed to forecast revenue for the second half of the year. Here’s what Robinhood CFO Jason Warnick had to say about that:

We’ve experienced volatility from period to period that makes it difficult to accurately predict results in the short term. For Q3, we expect seasonal headwinds and lower trading activity across the industry to result in lower revenues and considerably fewer new funded accounts than we saw in Q2.

As you can imagine, retail investors didn’t respond well to that uncertainty and dumped HOOD stock. It’s down 41% from its August 4 high of $70.39 … and is now trading near its IPO price.

Personally, I still think Robinhood has long-term growth potential and that HOOD stock will eventually level out. But Robinhood needs to figure out new ways to make money other than skimming off the top of customer transactions.

And while Robinhood’s at it, the company should probably stop alienating retail investors still using its app. Especially if it expects “seasonal headwinds” to slow its roll the rest of the year. Just sayin’. 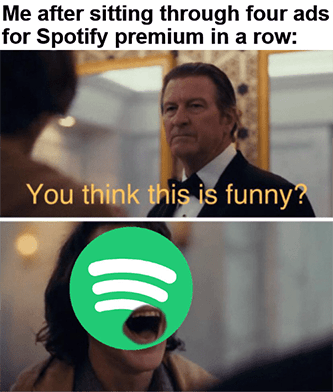 Spotify Technology (NYSE: SPOT) might’ve finally caught a break with investors today. After all but freefalling since hitting an all-time high back in February, SPOT shares have put together a 5% rally.

So, what did the dauphine of dulcet digital tunes do to spark interest? Why it announced a $1 billion stock buyback program.

I guess that’s better than buying another podcast company… I mean, it’d sure be foolish to expect Spotify to put any effort into its user experience … outside of random “updates” no one asked for that ruin the app’s basic functionality.

Y’all know my feelings on stock buybacks. They basically indicate that a company has nothing better to spend its money on. Certainly, buybacks make investors happy. It’s why SPOT rallied more than 5%.

But that 5% gain is a drop in the bucket compared to the roughly 40% decline the stock has suffered since February.

It’s almost like Spotify has some … issues that need addressing. Maybe issues that $1 billion could help rectify? I’m just saying.

“This announcement demonstrates our confidence in Spotify’s business and the growth opportunities we see over the long term,” said Chief Financial Officer Paul Vogel.

I can’t argue with Paul here. Spending $1 billion on a buyback program when your stock is down 40% in six months could certainly be called “confidence.”

But, as my grandpa always said: There’s a fine line between confidence and stupidity.

Here’s hoping that Spotify has the right one. I mean, it is the best music streaming service out there … not that it has much direct competition, mind you.

Ladies & Gentlemen, The Weekend Is Back!

That’s right, Great Ones: The Great Stuff Weekend Edition is back!

I know you’ve all been waiting on pins and needles with bated breath (or whatever your personal waiting idiom is) for “What’s The Deal With…” to return. And it’s finally here.

Is there another buy recommendation coming? Who knows! You’ll have to tune in tomorrow to find out. So, be sure to check your inbox or the GreatStuffToday.com website for the latest and greatest from Great Stuff.

Whatever you write, just make sure it’s great! (Oh, who am I kidding — y’all always hit me with something new and interesting each week.) So, go on … drop us a line! 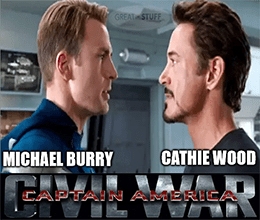 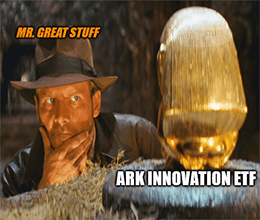