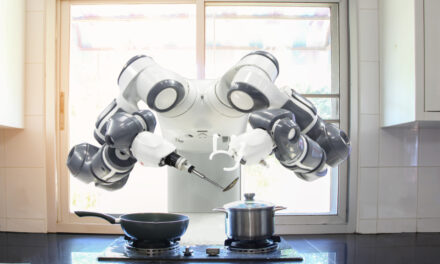 Imagine you’re out to dinner with your family.

After looking over the menu, which offers traditional meat and dairy options as well as plant-based alternatives, you decide to try a plant-based cheeseburger.

When your family’s food arrives, you taste your burger — and you can’t believe that the patty, cheese and mayonnaise are all plant-based.

They look, taste and smell exactly like their animal protein counterparts. Even the texture is the same as a meat-based burger.

You call your server over to ask about the burger.

He tells you: “That’s our chef’s proprietary recipe. Thousands of hours of work have gone into perfecting the plant-based meat and dairy alternatives we serve.”

You look through the window to the restaurant’s kitchen, intending to give the chef a big thumbs-up — but instead of a person, you see a computer.

Plus, the market for plant-based meat and dairy alternatives is growing — and one company is combining both industries.

Pulling from a huge pool of data and feedback, the AI system “predicts what combinations of plants will add up to animal-like outputs.”

According to Morning Brew:

A team of over 20 food scientists and chefs work hand-in-oven-mitt with the system, testing out Giuseppe’s educated guesses in the real world, adjusting them as needed and feeding their changes back into the system, creating an ever-improving loop of mock meat and dairy. NotCo’s research chefs test more than 100 recipes each month.

The company isn’t just looking for taste and texture, either. NotCo says that its chefs also provide feedback on which recipe iterations are easiest to cook in a real kitchen.

Together with Giuseppe, NotCo hopes to make the most realistic alternatives to traditional meat and dairy products.

Plant-based food is a huge market, with many traditional meat companies jumping in with their own plant-based beef, chicken and even seafood offerings.

So, it’s no surprise that NotCo is using AI to help its products stand out from the competition.

Plant-based foods and AI are two huge trends ushering in the New American Economy, which is radically changing how we do things.

And Ian King has a system that pinpoints emerging companies in these trends for potentially massive gains.

To learn more about this future economy and the system that Ian uses to pick winning investments, click here.

And in case you missed any of our experts’ insights on the markets this week, you can read what they had to say below.

NFT Mania Is Back

This week, our experts focused on nonfungible tokens (NFTs) and cryptocurrencies, as well as virtual reality.

Generative art NFTs are the new big craze in crypto, with auctions commanding millions of dollars in sales. Most of these auctions are based on Ethereum — but a recent Degenerate Ape NFT auction used a competing blockchain. It’s faster and less expensive to use than Ethereum, and it’s up over 4,000% in less than eight months.

Soccer clubs are jumping into the cryptocurrency space, offering team tokens that allow fans to vote on team decisions and buy merchandise. The only way to get most of these tokens is by buy another cryptocurrency — and with the demand for team tokens, this crypto could skyrocket soon. Here are two ways to play it.

NFTs have been in a mania lately, including digital sports collectibles. College athletes and professional stars, such as Tom Brady, are releasing NFTs to capitalize on the mania in blockchain-based digital collectibles — and these digital goods may be worth more than physical collectibles. Ian King is following this burgeoning trend.

Facebook CEO Mark Zuckerberg is one of the most influential people in tech. And his latest pet project is a virtual reality (VR) app called “Horizon Workrooms.” Basically, you put on a VR headset, and you can virtually collaborate with your co-workers around the country. With the app, you can show your computer screen in 3D as if you’re in a conference room with a projector. 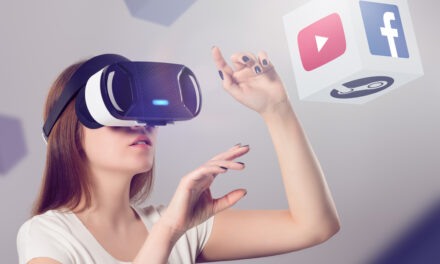 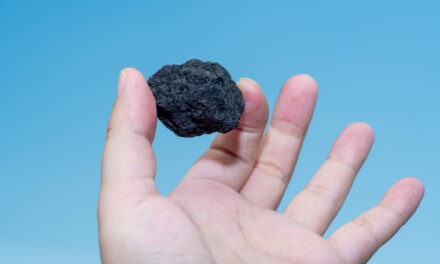