After a half-century of stagnation, there is a $926 billion industry on the brink of disruption.

The threat comes from a small group of companies that are adopting technology straight out of Silicon Valley.

And they are set for triple-digit gains in the next year.

The mining sector is notoriously slow to advance its methods. Oil and gas exploration is dominated by artificial intelligence and data scientists. Mining, on the other hand, still relies on prospectors to go out and scratch at dirt.

But there is a new breed of miners that are pushing for a paradigm shift.

By the end of this year, we will see autonomous trucks hauling ore out of mines 24/7.

Supercomputers are already crunching away at data to find the next massive deposit.

And every piece of excavating equipment is talking to others in real time to carve out the richest ore.

These companies will outcompete their peers and early shareholders will get a piece of the huge profits.

The tech revolution in mining is coming and you can join this profitable development too.

Mining ranks in the top five most dangerous jobs. Threats from machines, collapses and fumes are just a few of the risks.

And trucking poses one of the greatest threats.

Just the tires on these dirt-movers are nearly twice the height of a person. The largest trucks can carry loads of up to 450 metric tons. That’s the weight of more than 100 elephants!

But one of these companies has a plan to make trucking among the safest parts of a mining operation — by removing people from the equation altogether. The tech revolution in mining is closely related to Tesla.

This company is investing $800 million in a fleet of autonomous trucks. This is the same kind of technology that Tesla uses to improve driver safety.

That will boost productivity and greatly improve safety. And that’s good for the bottom and top line.

Exploration and mine development are also taking a huge step forward.

These new mining tech companies control some of the largest mines in the world.

And they originally snatched up the assets for pennies on the dollar.

That’s because they were able to see the potential in these sites long before anyone else. In the mining industry, that’s a recipe for creating shareholder value.

One of these companies is up 31% since announcing its plan to develop a world-leading gold mine in April.

Transportation Logistics Will Boost Mine Productivity

Another one of these companies is borrowing from its expertise in transportation logistics to boost mine productivity.

A leader in logistics and engineering, this company is finding new demand from miners.

It is using its expertise in logistics to design mines that efficiently move resources through a mine and out to smelters and end users.

Ore processing is starting to look more like an advanced Amazon warehouse. Ore is prioritized and sorted by grade.

Tap Into the Mining Tech Revolution

The mining tech revolution is being quietly led by a handful of companies. Advances in automation and computing power are putting these miners in a position to take massive leaps forward in the coming years.

This week, Matt Badiali and I sent out a special report to readers of our Real Wealth Strategist newsletter. The report recommends the three best companies to capture gains from the mining revolution.

Sign up to collect the massive, triple-digit gains this changing industry will generate. 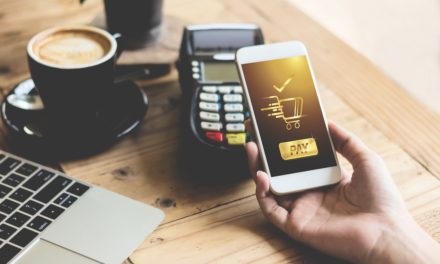