The Key to Supersized Profits in a $45 Billion Market 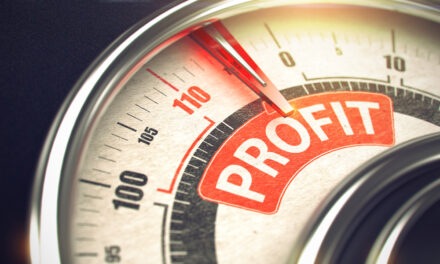 Today’s investors are all about sentiment and momentum.

Fundamentals don’t matter. The Fed-driven stock market is a casino where the games are rigged in favor of gamblers. As long as everyone believes a stock’s price is going to keep going up, it will.

Until everyone changes their mind, and it doesn’t.

I don’t blame anyone for playing that game. But I prefer an approach with better long-term odds.

That’s why I start with market structure. Where are the medium- to long-term opportunities in each industry?

Then I look for companies whose strategies suggests they spot those same opportunities. Then I whittle down the list to companies that have the market share, cash flow and balance sheet to seize them.

Then I buy them.

Surprisingly, that strategy has steered me away from the trillion-dollar tech stocks that make up more than 20% of the stock market’s current value.

Sure, they have momentum behind them. But most of them are missing the one essential ingredient I’m looking for…

Capitalism has come full circle since its last Gilded Age in the second half of the 19th century. The strategies that minted millionaires back then are doing so again.

Back then, it was railroads making people rich. Because they’re natural monopolies, their owners grabbed higher rates of profit than other industries.

As those profits accumulated, “railroad barons” fought vicious stock market battles to consolidate the industry, increasing the size and rate of their profit.

But that wasn’t enough for some of them. J.P. Morgan used his father’s railway fortune to consolidate the steel industry — the single largest capital cost for any railroad. He charged monopoly prices for steel sold to competitors and used the proceeds to subsidize his own rail operations.

Morgan and other railroad barons also bought up regional agricultural storage facilities. They charged monopoly prices to the farmers who shipped their produce on the railways. That led to even more profits.

Morgan and his fellow barons practiced something we economists call “vertical integration.”

It’s when a single company produces inputs for a given business, the business itself and businesses involved in selling the resulting products. At every stage, the company can charge excessive prices, limit competition and earn superprofits.

Who Can Go Vertical Today

The history of the railroad barons tells us what a modern vertical integrator needs to do to generate supersized profits:

Let’s apply this test to some of the world’s biggest companies today:

A Company That Checks Off All the Boxes

Facebook and Alphabet — and you can add Microsoft Corp. (Nasdaq: MSFT) to that list — are “open” platforms. They’re trying to bring in as many users as possible so they can harvest their data and sell it to advertisers. But their platforms can’t exclude other companies’ content. That limits opportunities for vertical integration.

By contrast, Apple has tight control over its iPhone, iPad and Mac ecosystem. If it succeeds in developing a content business, it’s well-placed to earn a premium from that content since users will require an Apple product to do so.

Apple’s trend in this direction leads me to a company I suspect many investors are overlooking: Sony Corp. (NYSE: SNE).

Sony has its fingers in many pies in the consumer electronics and entertainment media industries. But its expansion from consumer home audio and video to music publishing in the early ‘90s didn’t count as vertical integration. There was no way to restrict Sony music products from being played on competitors’ devices.

But the Japanese conglomerate has finally discovered its opportunity to go vertical: gaming.

The company has strong revenue flow and an excellent debt-to-equity ratio of 39%. So, it has plenty of ammunition for vertical integration.

Over the last year or so, Sony has taken a stake in companies that make the video games that play on its PlayStation (PS) console. Its most recent investment is in Epic Games, the video game publisher responsible for the smash hit Fortnite and the Unreal Engine that games like Fortnite and many more run on. That will allow Sony to offer exclusive titles from Epic, driving more consumers to purchase its upcoming PS5 console.

The global console gaming market is huge, with more than $45 billion in revenue projected this year. And it’s growing fast as COVID-19 pushes people to stay at home and entertain themselves. Linking popular game titles to the PlayStation console is a classic case of vertical integration and consolidation.

For all those reasons, I like Sony as a medium- to long-term play, and so should you. 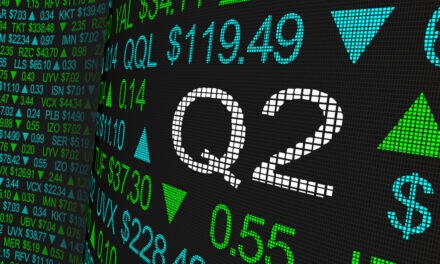 5 Plays to Protect Yourself From Earnings Season Disaster 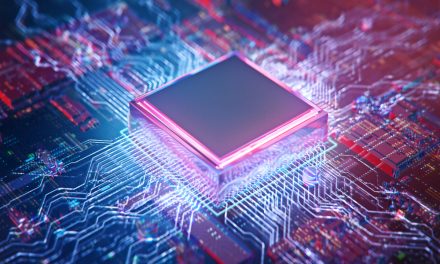 This Chipmaker Will Soar as U.S.-China Tech War Heats Up