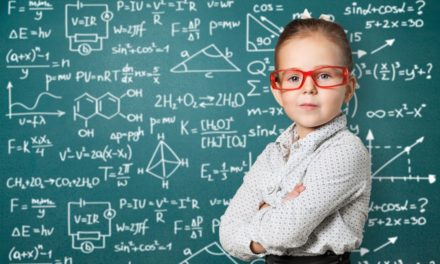 In late December last year — on December 26, in fact, two days after a massive drop that wiped out all the U.S. stock market’s gains for the year — I said this:

For many people, all things considered, you’ll be better off avoiding the stock market in 2019.

My advice was to consider shifting into cash since savings account yields were heading for 2.5%.

You can hardly blame me, given the circumstances. It’s not every month that the market drops 15%, as it did in December.

I stand by my December statement.

Not only that … I’m doubling down on it.

That’s because, as we head into the second half of the year, the risks I foresaw in December are still there.

But so are the opportunities for smart profits … as long as you take charge of your investment destiny.

In my December 26 article, I was careful to focus on you, the investor. That’s because there’s no one-size-fits-all investment strategy.

Many stocks will do well in 2019 and beyond. If you are in a position to take advantage of them, you should. That includes buying them at a dip if the opportunity arises.

But what is that position?

To put it simply, if you can absorb potential losses by waiting for stocks to rebound from a dip, by all means, go ahead and play the market. But if you have any doubts about your financial position and are in what I call the “red zone” — five years before and five years after retirement — then the principle of risk adjustment says keep your powder dry.

Although it takes different forms, the principle is the same: You “discount” some of the potential gains from an asset according to the level of risk associated with it.

For example, let’s say two stocks have a potential annual return of 10%.

One typically declines by less than the market when there’s a correction. The risk-adjusted return for that stock could be 8%.

The other is a risky small-cap stock. Investors tend to dump it in a correction, so it typically drops by much more than the market. Its risk-adjusted return could be as low as 4%.

Unless you can afford the losses associated with large risk, you’re always better off taking the higher risk-adjusted return, regardless of the nominal, nonadjusted returns.

But those risk-adjusted returns are based on the ways those assets perform in a downturn.

Assets that typically lose more than the market in a downturn have lower risk-adjusted returns than those that lose less.

The critical question to ask, then, is: What are the risks of a downturn in the second half of 2019?

In terms of risk-adjusted returns, that would determine the type of assets we choose.

To answer that question, let’s consider what the year has been like so far. What’s driven movement in the stock market?

First, consider the most important thing — the health of the underlying economy. Here, the signs aren’t rosy: 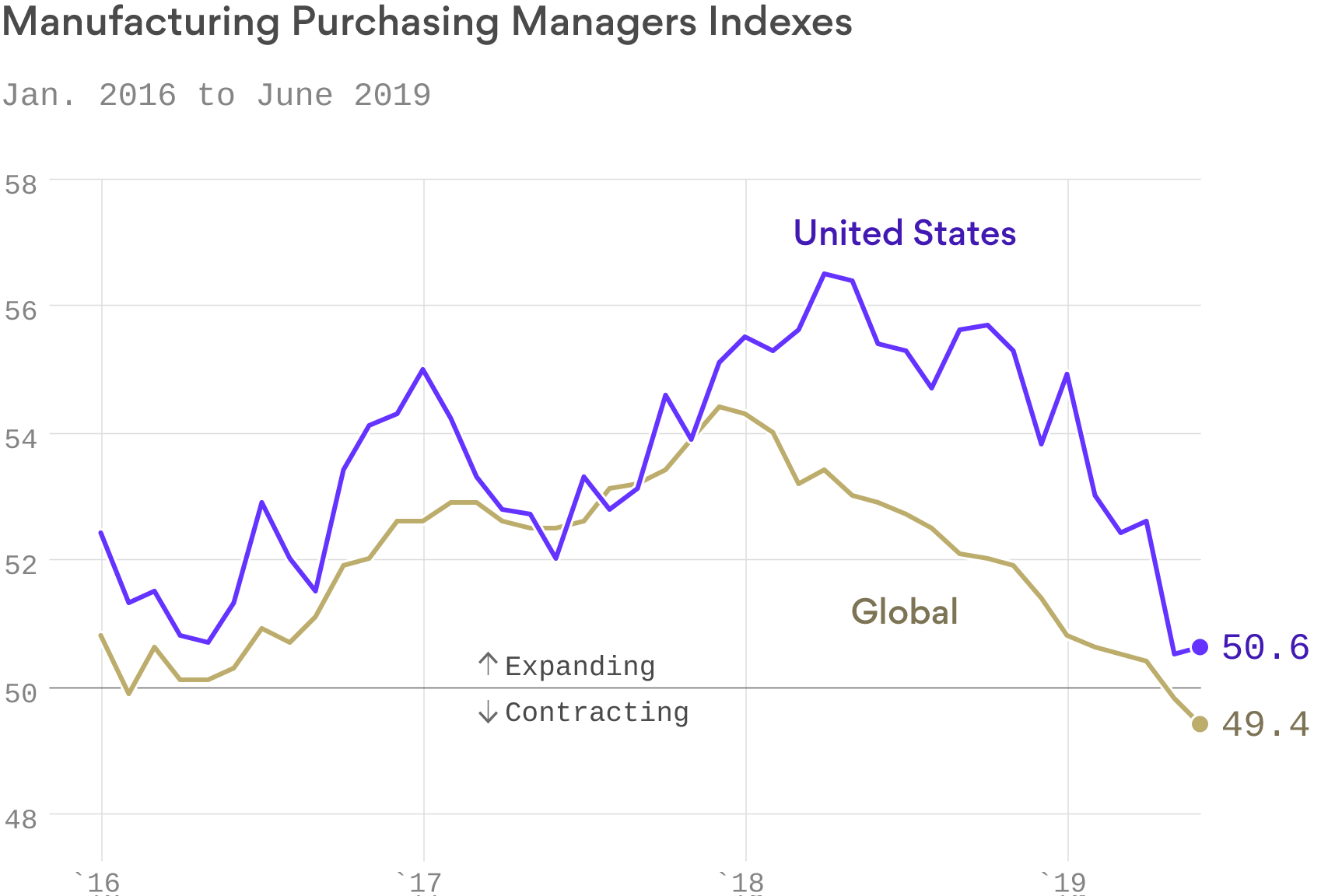 So, although the U.S. and global economies don’t appear particularly strong, stocks are surging to new valuations based on hints from central bankers, and the ups and downs of one of the most erratic trade negotiations the modern world has ever experienced.

That tells me that the risk of a downturn in the second half of 2019 remains high.

The stock market is grabbing any excuse to push up prices … but the underlying sentiment is increasingly skittish.

All it will take is some bad news, and we could see most or all of this year’s gains wiped away quickly — just like last December.

You’re in Charge of Your Strategy … Not the Stock Market

Despite my reputation, I’m not a particularly bearish investor.

I have portfolios for The Bauman Letter and my Alpha Stock Alert, and of course I have my own personal investments. All are invested in stocks, not bonds or cash.

Most of my picks are in strong positive territory. Several have generated spectacular double-digit returns of almost 40% in less than three months.

But all the picks I’ve made have been influenced by my understanding of risk-adjusted returns.

I’ve taken personal charge of my investment decisions and declined to chase high nominal, but low risk-adjusted, returns in the environment I just analyzed.

I’m taking responsibility for my investment decisions based on all the information available to me. For The Bauman Letter and Alpha Stock Alert, I share that information with my subscribers.

In other words, I’m not letting the overall level or rate of growth of the stock market make my decisions for me.

And that’s exactly what you should do for the remainder of 2019. 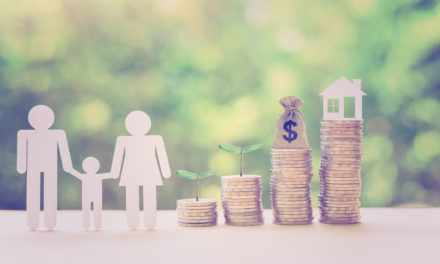 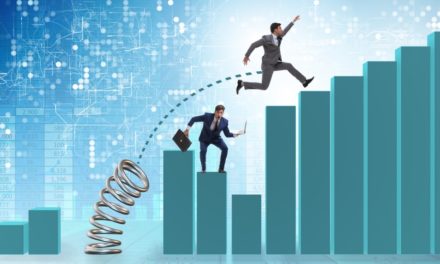 How to Beat Wall Street at Its Own Game