Cyberattacks Prove That No One Is Safe

The hackers studied their cyberattack target for months — the central bank of Bangladesh.

Now they could request large wires of bank funds — electronic transmissions of money across international lines — and never draw suspicion. After that, they sent out four transfer requests, using fake names of charitable organizations.

In the early weeks of 2016, they successfully stole more than $80 million!

Only a typo kept them from taking even more — on the fifth transfer request, one of the hackers misspelled the made-up “Shalika Foundation” as fandation, raising questions and bringing an end to the digital heist. The hackers were never found.

What if another group of cyber bad guys went after the banking system again?

A Sheltered Harbor From Cyberattacks

It’s the stuff of bankers’ nightmares — and the reason behind an industry nonprofit project called the Sheltered Harbor initiative.

The idea is that banks regularly copy their account data, encrypt it and securely store it with other member banks. That way, if a cyberattack disrupts operations in one bank, it could always turn to others in the Sheltered Harbor initiative to retrieve its data.

Sheltered Harbor got started in late 2016 with about three dozen top U.S. banks, credit unions, brokerage houses and other financial institutions. The goal is to enroll the majority of the financial industry into the system in the next few years.

It also demonstrates the persistent threat of data breaches and the rising role that cybersecurity companies play in protecting banks and other corporations from hackers.

A great way to play the trend is with the First Trust Nasdaq CEA Cybersecurity ETF (Nasdaq: CIBR). Since I started writing about cybersecurity in August, the exchange-traded fund is up 10%. Since early 2016, the ETF has gained more than 60% in value. 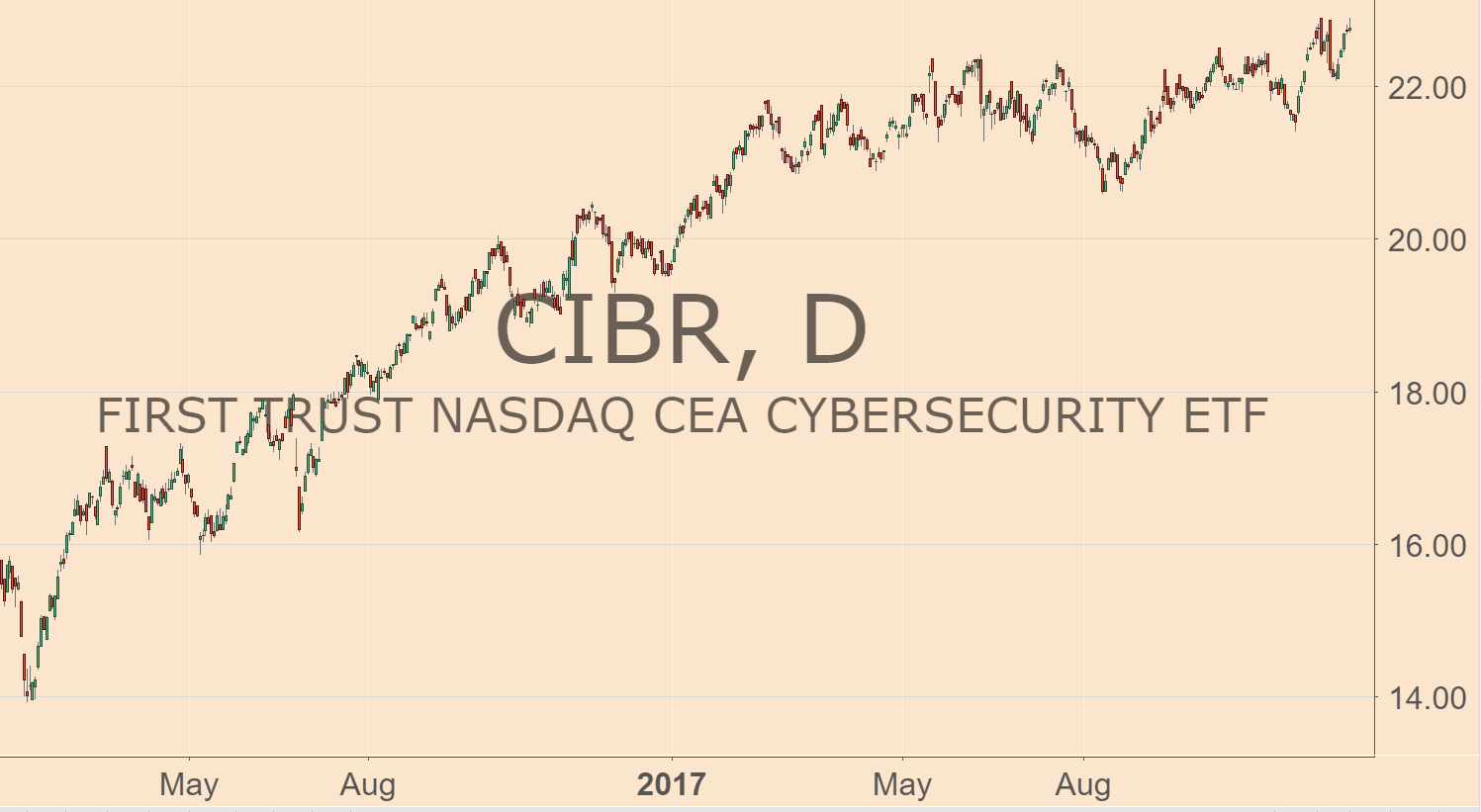 The sector is due to take in an estimated $1 trillion in spending between now and 2021.

As Sheltered Harbor and innumerable hacking incidents in recent years show, even the largest, most important computer systems in the world can be breached by a determined group of hackers.

P.S. What Michael Carr and his team have been working on is unlike anything I’ve seen. They’ve put thousands of hours and hundreds of thousands of dollars into engineering their Precision Profits strategy … and it’s clearly paying off. You can see gains of 170%, 207%, 225%, 251% … and some of these gains came in as little as a day or two. New opportunities are lining up at this very moment … but in order to cash in, you have to act now! Precision Profits will be closing its doors tonight, December 14, at midnight EST, meaning this is your last chance to get in and start making as much as $200,000 a year in winning gains — even if you’ve never traded a day in your life. To find out everything you need to know about this incredible research service, click here now.

Protect Yourself From Data Harvesters