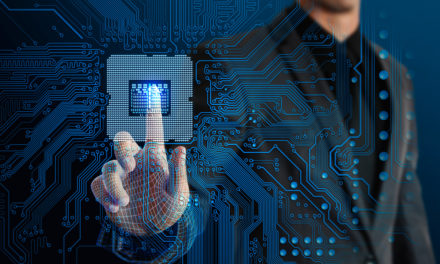 Charles Dow thought he could spot the stock market’s trend. And if you use his method right now, you could make yourself a lot of money.

Dow, who died in 1902, knew a lot about markets. He created Dow Jones & Co., the Wall Street Journal and the Dow Jones Industrial Average.

Like me, Dow approached the stock market from the perspective of the real economy. That helped him choose the right bets.

Cities and industrial centers came to be scattered across a wide area. Because of this, railroads were critical to economic activity.

Dow reasoned that a sustainable bull market in industrial stocks had to be “confirmed” by a bull market in transport stocks. After all, if manufacturers are selling more, they must be shipping more. That makes it a good time to buy.

By contrast, if the two sectors move in opposite directions, the uptrend is probably temporary — so don’t bet on it.

Plenty of people still rely on the Dow Jones Transportation Average to gauge the overall direction of the economy. But Dow would surely tell them not to base their stock market bets on it anymore.

That’s because he would instantly recognize that a new economic sector has replaced transportation as the leading indicator of economic activity.

And he’d definitely buy into that sector right now.

Semiconductor Stocks Are on a Strong Uptrend

The bellwether economic sector of the 21st century is semiconductors.

Economic activity in Dow’s day relied on railroads. In today’s digital economy, everything relies on microchips and other types of semiconductors.

That makes them the best predictor of the market, as my colleague Clint Lee explains in his latest article. And right now, semiconductor stocks are on a strong uptrend.

The chart below shows the VanEck Vectors Semiconductor ETF (NYSE: SMH) in black compared to the S&P 500 Index (the blue line) and the SPDR S&P Transportation ETF (NYSE: XTN) in orange.

The SMH exchange-traded fund (ETF) is rising rapidly, with the S&P 500 consolidating toward a new high. By contrast, XTN is trading sideways, with a slight downward trend.

Semiconductors Versus the S&P 500 and Transportation 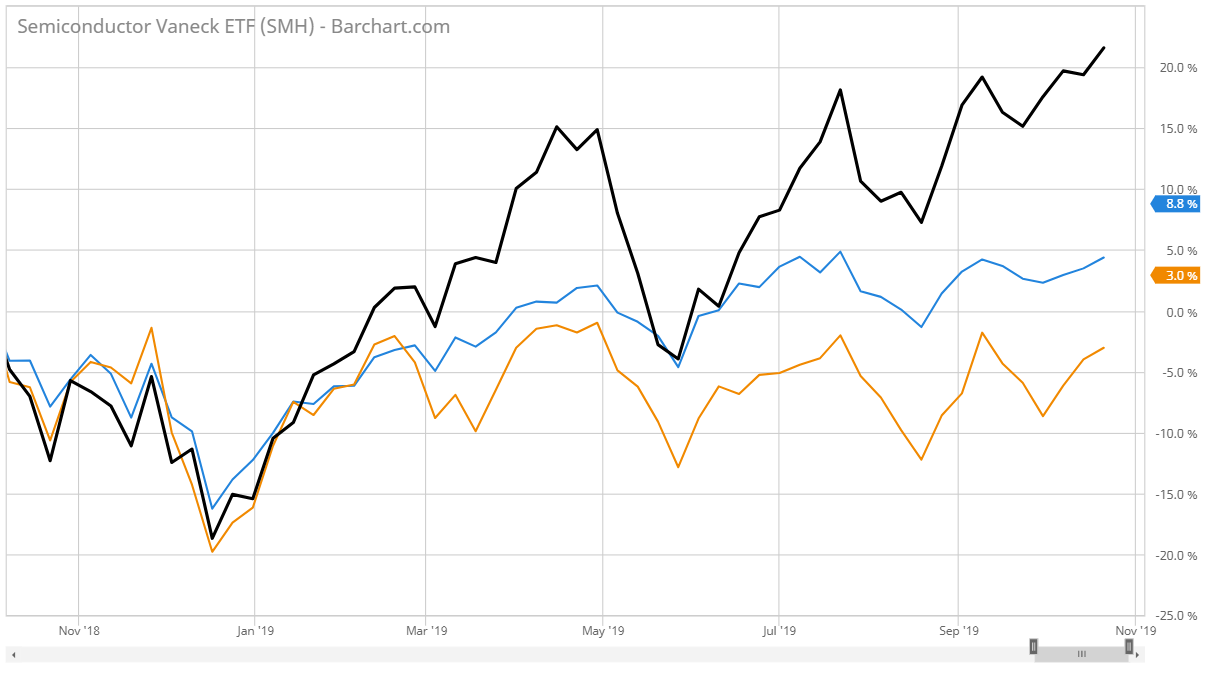 What’s more, semiconductor earnings projections are rising rapidly after a long period in which they trailed the high-growth software sector:

Semiconductors Are Projected to Soar Past Software

But as the chart shows us, semiconductor stocks are still reporting revenue declines now — on average, about 29% from the same quarter last year. That’s putting many investors off semiconductors.

The semiconductor industry isn’t a perfect replacement for transportation in Dow theory. There’s one crucial difference between the two.

Railroads were a service industry. Semiconductors are a commodity, like grain or oil.

Because commodities are typically produced for inventory in anticipation of final sale, commodity industries are subject to cyclical booms and busts.

Manufacturers respond to rising demand by increasing inventories. But eventually that results in a glut of product on the market, leading to a fall in prices.

For example, the semiconductor sector’s recent downturn was triggered by a free fall in memory chip pricing that started in late 2018 because there were too many of those semiconductors in inventory.

The current improved outlook for semiconductors is about a lot more than just the ebbs and flows of the commodity cycle, however. Semiconductors are poised to benefit from the biggest technological revolution of the 21st century: 5G.

The 5G revolution is going to involve a complete overhaul of all forms of digital technology as older microchips are replaced by 5G-compatible chips. Everything from computers to cars to industrial equipment is going to need to be reinvented around 5G semiconductors.

That’s going to take some time. But meanwhile, semiconductors will take off, thanks to the revival of the smartphone industry.

Although Apple’s iPhone sales have leveled off recently, making some people bearish on smartphones, the introduction of 5G-compatible phones is going to lead to the greatest upgrade cycle in smartphone history.

And smartphone manufacturing is the single largest consumer of semiconductors, with $87.7 billion in global revenue this year.

Many investors are only beginning to wake up to the opportunity presented by semiconductors. Although semiconductor stock prices have begun to rise, they haven’t yet taken off.

That makes now the best possible time to buy to position yourself for gains as semiconductors outpace the rest of the market.

You could start by putting some money into the VanEck Vectors Semiconductor ETF (NYSE: SMH).

I guarantee you that’s what Charles Dow would be doing!

P.S. I’m confident that with my Bauman Letter service, you’ll sleep soundly knowing you have the tools necessary to invest wisely and break free of financial worries. To learn more about The Bauman Letter, click here. 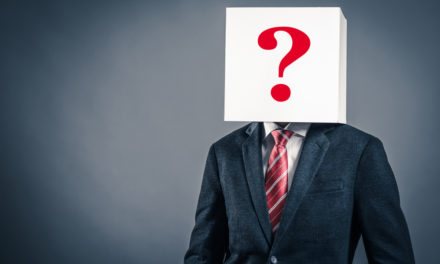