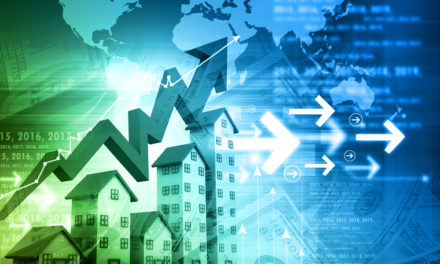 While everyone is going gaga about the latest technology fad, a massive profit opportunity is emerging in one of the oldest sectors of the economy: housing.

But economically, housing is complicated. Digging deeper reveals an opportunity for profit in the coming years.

Consider the variables involved. Are we talking about:

The interplay of all those variables creates a lot of noise.

But when you cut through it, one segment of the housing market jumps out.

It’s poised for tremendous growth … and the companies that will profit from it are already starting to see market-beating gains.

The textbooks tell us it’s not supposed to happen. But despite huge demand for affordable housing and rising prices, the supply of housing has been falling.

To understand why, you need to know who’s demanding housing, and who supplies it.

Homeownership rates for households aged under 35 collapsed by 8% in the last decade. It’s now three percentage points below the historical average: 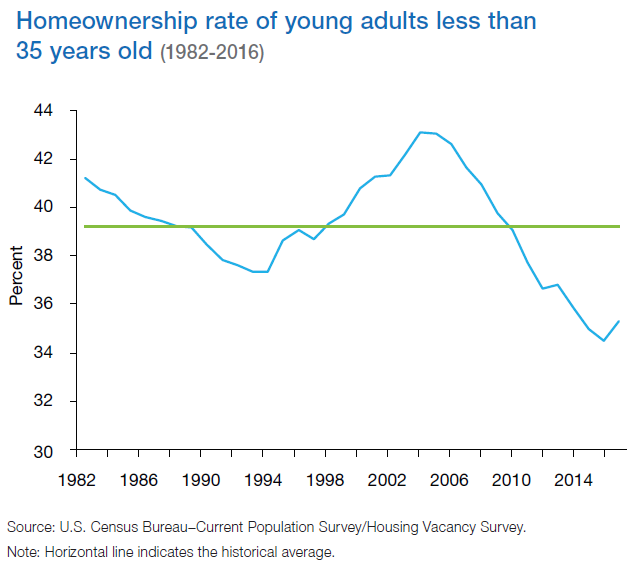 The problem for these households is a combination of high house prices and stagnant incomes.

Since 2011, quarterly increases in median home prices have remained well above the average annual household income increase of 1.5%. The median price of a U.S. home was $266,000 in the second quarter of this year — up 10.8% from the previous quarter and up 6.4% from a year ago.

Houses are getting more expensive, but young Americans aren’t earning the money they need to buy them: 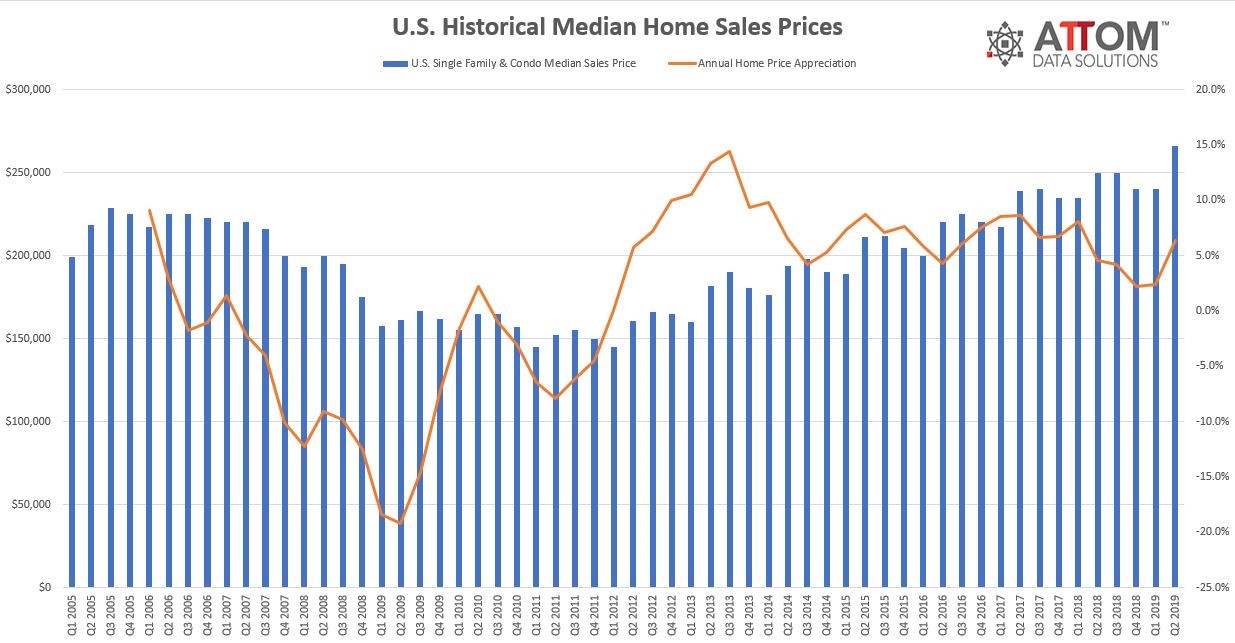 The problem is especially acute for young families living in U.S. cities.

Big Demand, but Where’s the Supply?

Despite the pent-up demand from young first-time buyers, housing production has slowed dramatically in recent years. 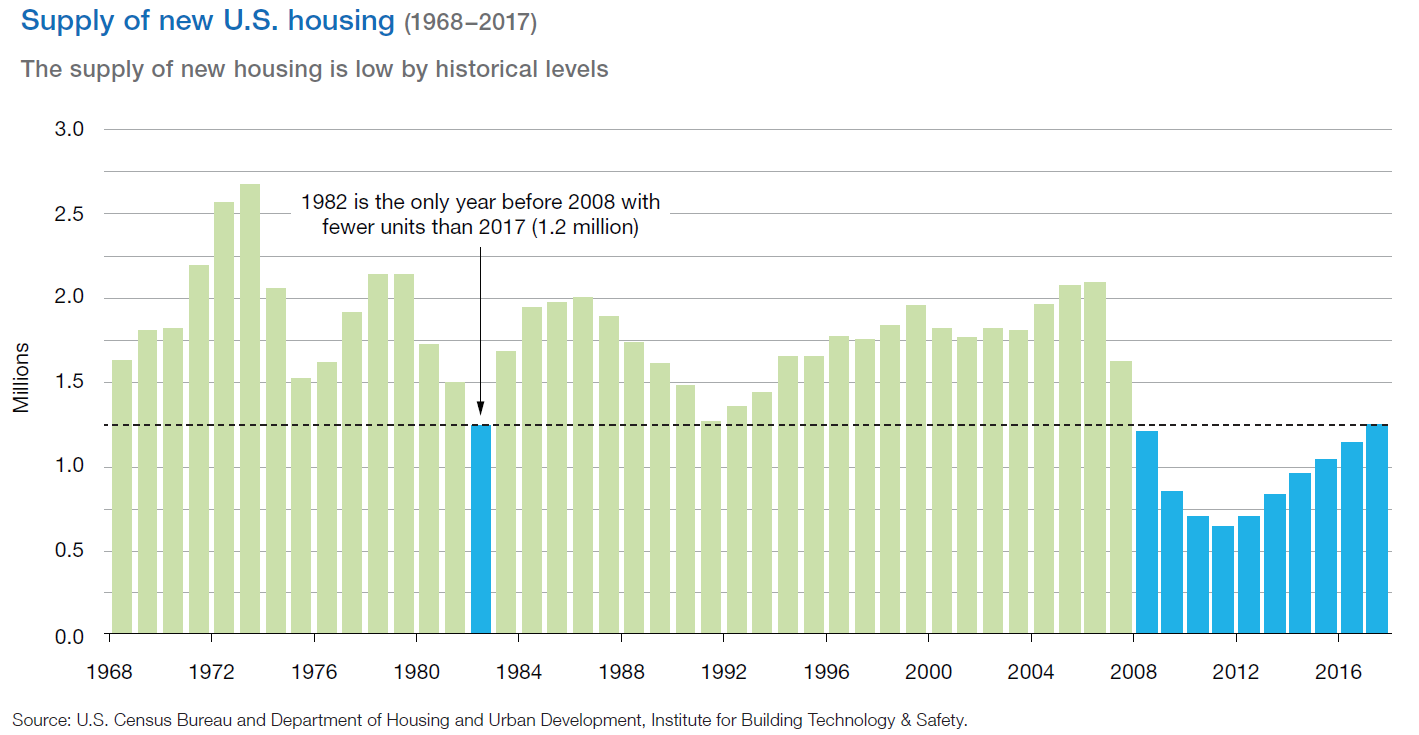 Historically, there’s usually around four to five months’ worth of stock to meet projected housing demand in the U.S. market. But with so few new houses being built in recent years, the supply is dangerously close to falling below three months.

Freddie Mac analysts point to three reasons for the failure of housing supply to rise to meet housing demand: 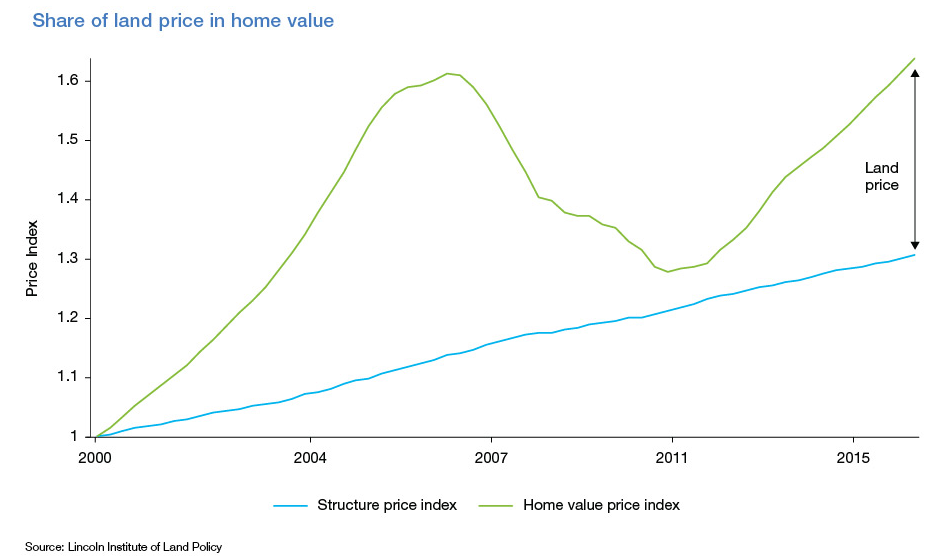 Multifamily Builders to the Rescue

Whenever there’s a big mismatch between supply and demand, the invisible hand of the market eventually shows itself … as it has in my own neighborhood.

I live in an independent “micro-municipality” wedged in between bits of Atlanta, Georgia. Unlike many U.S. cities, the local government has bent over backward to create housing opportunities for young first-time buyers, who are attracted to our top-class schools.

More households means more taxpayers, which means we can afford to keep our public school system among the best in the nation.

The result is six major housing developments near where I live. They’re all multistory, multifamily constructions, with a mixture of for-purchase condominiums and rental units.

They’re being built on underutilized land wrangled from their previous owners by the city government. All in all, they will provide homes for more than 3,000 families.

My neighborhood’s experience is being replicated around the country. In August, total U.S. housing starts rose by 12%, the strongest pace since 2007.

But whereas new single-family dwellings only increased by 4.4%, multifamily starts jumped 32.8%!

That tells me that the combination of ultra low interest rates, enormous pent-up demand and a more realistic approach to urban land use has us poised for a massive boom in multifamily housing construction in the next two years.

So forget investing in existing housing. The real money is going to come from a wave of new construction around the country.

And the great thing about anticipating a boom is that you can get in on the ground floor.

When it comes to the coming housing boom, the easiest way to do that is via the SPDR S&P Homebuilders ETF (NYSE: XHB).

This exchange-traded fund (ETF) holds a combination of construction companies and the suppliers from whom they buy their materials.

By all means, put some of your money into the latest “technology of tomorrow.”

But if you want strong, reliable gains, put some into the coming multifamily boom as well.

P.S. I spoke with my colleague Michael Carr recently about a trading strategy that works in any market. You can watch the video of our discussion below: 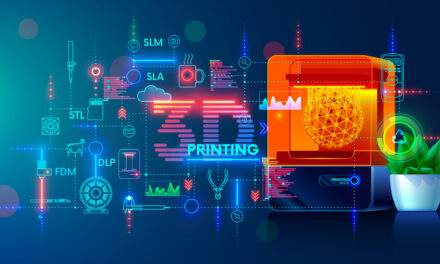 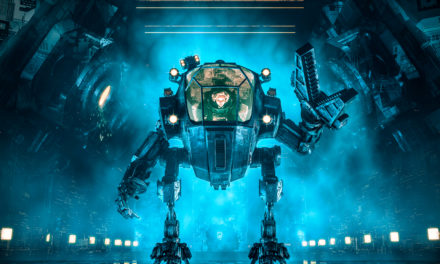