Home » Big Picture. Big Profits. » Profit From the Pullback With This ETF

Profit From the Pullback With This ETF 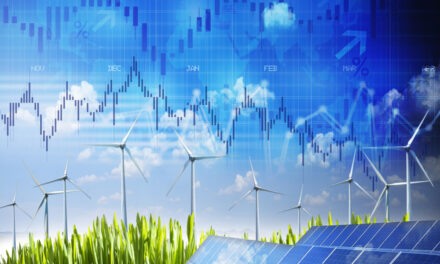 On the surface, it doesn’t seem like the recent stock market pullback is unusual. After all, the S&P 500 Index is now just over 1% off its mid-February high as I write this.

But that performance is quite deceiving. I haven’t seen this much carnage in one corner of the stock market since the financial crisis.

The momentum trade is unwinding in a big way. It’s taking down many of the past year’s biggest winners.

It’s a strategy extremely popular with quant investors to capture “alpha.” It’s straightforward. You buy stocks that have performed well over the past year and avoid (or even short) those that have done poorly.

But sometimes the trade gets crowded and pushed too far in one direction. That’s when bad things happen as everyone heads for the exits all at once.

This is one of those times.

By one measure, the momentum strategy hasn’t crashed this hard since the aftermath of the 2008 to 2009 financial crisis.

That means the pandemic’s biggest winners are under serious selling pressure, such as Tesla (Nasdaq: TSLA), which lost as much as 35% in a matter of weeks. Meanwhile, last year’s laggards, such as cyclicals, are now being bought.

It wasn’t completely unexpected. Ted and I have recently showed you how to take advantage of this rotation into cyclical areas of the stock market.

But the momentum sell-off has gone too far and is now creating terrific opportunities to buy back into select growth segments.

That’s because these purely algorithmic trading strategies are based entirely on past price returns. They consider nothing about the prospects for these companies. As such, many stocks that were caught up in the sell-off are now underpriced relative to their growth potential.

Here’s one example, and it’s a sector to scoop up now.

It may sound counterintuitive, but the stimulus meant to jump-start the economy is partly responsible for the pullback in growth areas of the stock market.

Federal spending leads to inflation fears, which is driving interest rates higher, and that is cutting into expensive stock valuations.

And there’s yet another stimulus package in the works following the most recent $1.9 trillion package that’s headed for passage. But the next round will be different from what we’ve seen so far.

The Biden administration is now expected to take up an infrastructure bill, with early estimates for a total spend at $2 trillion. Rather than focusing just on America’s aging roads and bridges, the bill is expected to bring about a Green New Deal. Renewable energy was already growing quickly due to falling costs and improving battery storage performance. In fact, solar power is now the cheapest form of electricity in history, according to the International Energy Agency.

But many renewable energy exchange-traded funds (ETFs), such as the Invesco Solar ETF (NYSE: TAN) below, have given up a big chunk of their gains due to the sell-off in growth stocks.

That’s why now is a perfect opportunity to grab shares in renewable energy stocks such as TAN if you missed last year’s run-up. With tailwinds already in place, a green infrastructure package will only accelerate demand drivers.

So, stay smart, stay tough and profit from the panic! 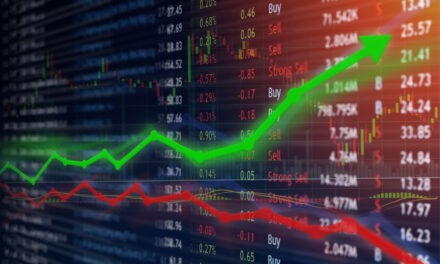 The Stocks to Buy Right Now … And Those to Avoid 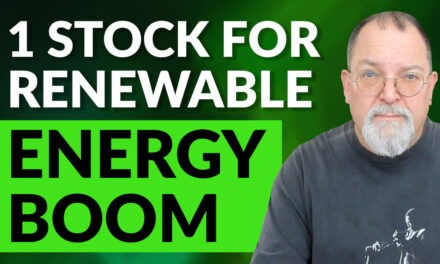 1 Stock for the Renewable Energy BOOM