Home » Cryptocurrency » People Are Going Crazy Over NFTs — Here’s Why

People Are Going Crazy Over NFTs — Here’s Why 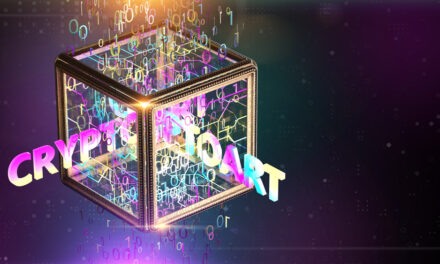 Non-fungible tokens, or NFTs, are the new way for companies to sell unique digital assets on the blockchain.

For example, the NBA is taking video clips of games and selling them to collectors. So, people are paying to have a video clip of a LeBron James dunk.

Then these collectors can resell those clips on the blockchain, hopefully for a profit.

We’re beginning to see all kinds of digital goods, such as music, video clips and items in video games, being put on NFTs.

In today’s Market Insights video, I explain why this changes everything for the entertainment industry.

Why is the Market Going Crazy Over NFTs?

Before we start talking about nonfungible tokens, let’s just talk about why we’re investing in blockchain, and why it’s disruptive, and how it kind of mirrors other technologies in the past.

Now, if you think about general-purpose technology in the past, some great examples are electricity, railroads and the automotive. More recently, you’ve got the internet and smartphones.

So, blockchain as a technology first emerged 10 years ago. And the simple way of explaining blockchain is that it’s a way to keep track of digital things without needing a centralized intermediary.

So, if you think about bitcoin, you can send a bitcoin to someone as easily as sending an email. And you don’t need a centralized intermediary like a bank to approve that. You’ve sent something of digital value.

You can also hold this digital value, and the decentralized network of bitcoin nodes will recognize that you own that value. So, if you want to spend it, they can just check your bitcoin wallet history, and you can go ahead and spend it.

So, the first use case of blockchain was bitcoin. Now, the second use case came about five, six years ago with the launch of Ethereum.

What Ethereum did is it took the same properties of bitcoin and allowed you to write smart contracts on that. So, Ethereum has a programing language that says if you spend it at such-and-such place, and certain conditions are met, it will automatically create a transaction for you. And bitcoin doesn’t do this.

Ethereum allows for this type of programing language. So, it creates all these new use cases for an underlying blockchain because now you have what is like a smart currency, OK?

So, we’re seeing growth in what’s called decentralized finance, which is basically taking the traditional financial world and putting it on blockchains and doing things like trading and making loans in a way that don’t require a centralized intermediary, which I think is an existential risk to banks.

And now we’re seeing some more use cases. So, more recently, the big use case is what’s called a nonfungible token.

A token essentially is a blockchain-based thing of digital value that can be tracked on a blockchain, a decentralized ledger, and can be sent and transacted with in a way that doesn’t need a centralized intermediary, because that’s what a token is.

A nonfungible token is one that has very unique, specific properties, and fungible tokens are like bitcoin or Ethereum. They’re fungible; they’re basically the same thing.

If you go to a store and want to spend bitcoin, it doesn’t matter who the owner of the bitcoin is because the store manager knows that they can take the bitcoin and it’s fungible with other bitcoin and other dollars and whatnot.

Now, a nonfungible token represents a digital asset that has very unique properties. So, one of the big use cases that’s coming with nonfungible tokens, which we’ve already seen, is that the NBA is taking video clips of games, and it’s selling them to collectors.

So, people are paying to have a video clip of a LeBron James dunk, and then these collectors can take that video clip and resell it.

Now, the beauty of doing this and making it all digital is that the creator of the original token, which in this case the NBA is the owner with the license to it, can partake in any future transactions.

So, if the NBA creates this video clip, and let’s say I buy it for a couple hundred dollars and then I go to sell it for $1,000, the NBA knows that another transaction on that same video clip has happened because the blockchain is tracking it, and it can participate in future sales of the thing that it created and has the licensing property to.

Now, this is going to get big because we’re starting to see digital goods like music and obviously video clips and things that happen in digital video games be put on nonfungible tokens.

It changes everything for the entertainment industry because music, for instance, if you’re an artist and you have a new song and you put it on Spotify or Apple iTunes, these platforms pay the musicians only $0.003 to $0.005 for every download. So, that means they have to have millions and millions of downloads to actually make decent earnings.

And I’m not saying that musicians are all poor. It’s just that most of their earnings now currently come from endorsements or live music. But this is actually going to allow them to have more ownership of the digital items they create. And it’s going to move the control away from the platforms.

And I think we’re going to see a similar disruption happen not only to Spotify and iTunes, but you’re going to see content providers, producers that make movies and other series move away from platforms like Netflix — yes, believe it or not — and be able to sell those digital items directly to viewers and not need viewers to pay the Netflix monthly subscription.

Now, Netflix is smart. It already invests in its own movie studios, and it creates its own series. So, it’s creating the content itself. So, it might not move the needle as much on Netflix, but some of the other platforms, you know, that are just publishing or not investing in the actual content will have a more difficult time.

And I think music is probably the biggest use case for it considering how artists make very little money from the songs they produce.

So, this is a huge use case for blockchain. It’s a general-purpose technology that is disrupting many different business verticals. And I’m really excited to see what happens.

There are a couple of companies that I’ve been focused on in my crypto newsletter, and I’m really excited to bring that to readers of that newsletter in the next couple of weeks.

Have a great weekend, and we’ll speak to you next week. Thank you. 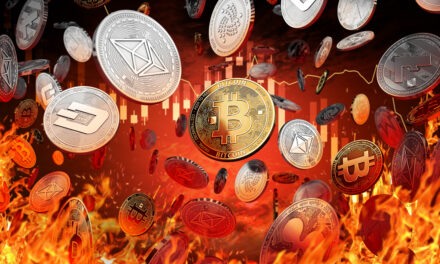 Crypto Is Hot … Let Ian King Be Your Guide 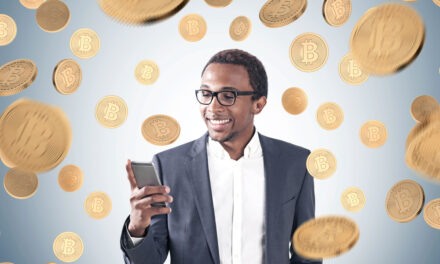 6 Fun Ways to Spend Your Bitcoin